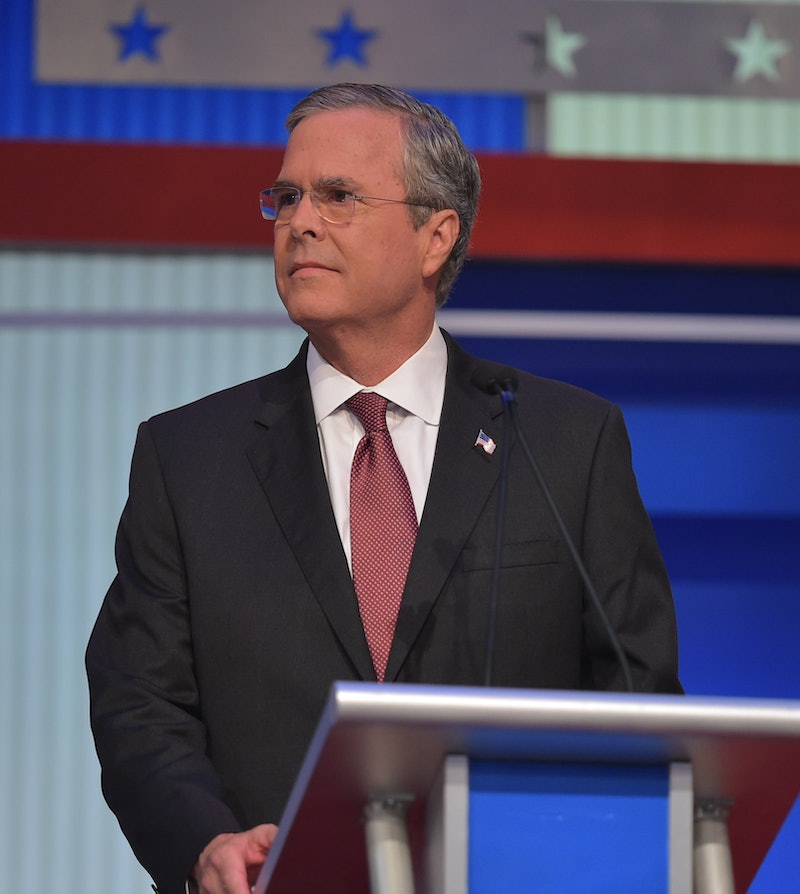 During Thursday night's GOP debate, Fox News moderator Megyn Kelly point-blank asked former Florida Gov. Jeb Bush about his stance on abortion. Specifically, she was asking about why Bush had served on the board of the Bloomberg Family Foundation, with former New York Gov. Michael Bloomberg, which has given several million dollars in donations to Planned Parenthood. She evoked the now-infamous Planned Parenthood undercover videos that show discussions with Planned Parenthood staff about donations of fetal tissue. "How could you not know about these well-publicized donations, and if you did know, how could you help a charity so committed to abortion rights?" Kelly asked.

Bush appeared caught off-guard by the question and tried to turn the issue to his record as Florida governor. "I joined the Bloomberg foundation because of Mike Bloomberg’s commitment to meaningful education reform. ... Here’s my record: As governor of Florida I defunded Planned Parenthood. ... We were the first state to do a "choose life" license plate."

Kelly came back to her original question about the funding: "But did you know?" about the donations, she asked.

"No, I didn’t know," Bush replied. "My record as a pro-life governor is not in dispute," Bush replied. "This is something that goes way beyond politics, and I hope we get to a point where we respect life in its fullest form."

Planned Parenthood has once again becoming a rallying cause for Republicans, and the attack on Bush's possible history with the women's health center is just another example of how much the organization has been vilified by the right. The Senate just barely failed to pass a bill that would have defunded the women's health center on Monday. And as more debates are expected in the coming months, Planned Parenthood will likely stay front and center of the GOP's platform.