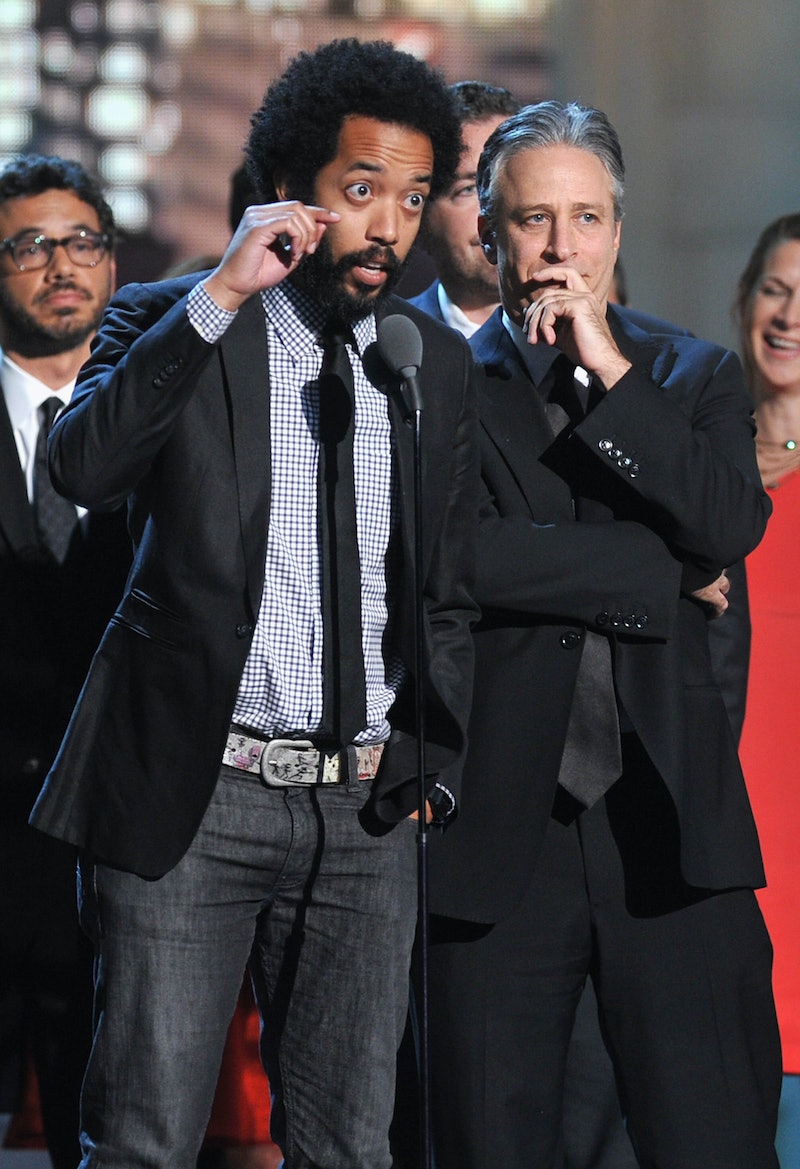 It wasn't easy heading into the #JonVoyage on Thursday night. For one, the GOP debates ran over and we were forced to choose Jon Stewart over closing statements (I was pretty OK with this). For two, it was just too tough to believe that Stewart is really calling it quits. For all time. Never to return to The Daily Show again. Luckily, Stewart brought along his TV family to ease the pain of saying goodbye: Nearly every correspondent from Stewart's run on The Daily Show came by to pay their respects, even Wyatt Cenac, who recently came out against Stewart for remarks the host made when Cenac worked at the Comedy Central show.

[Stewart] got incredibly defensive. I remember he was like, 'What are you trying to say? There's a tone in your voice.'

However, when Cenac joined his fellow former correspondents on Stewart's farewell show, it seemed that these two have let bygones be bygones. Cenac showed up, in a clearly cheeky nod to his comments on Maron's podcast, and pretended to be speaking from outside of the studio — across the street, to be exact — and he wasn't quite sure if he felt like coming by. These guys kept it chill, simply asking "You good?" with Cenac replying, "Yeah, I'm good. You good?" I see what you're doing here, you two.

Here's the thing: Cenac made an important point by airing his conflict with Stewart from all those years ago to the public. But that doesn't mean these two are feuding for all time. Or that "feud" is even the right word to describe what happened here. People disagree, lessons are learned, and they live to speak and be friendly another day. Not everything ends in a music video turning "Bad Blood" into a space saga. And clearly, these two adhere to that principle.