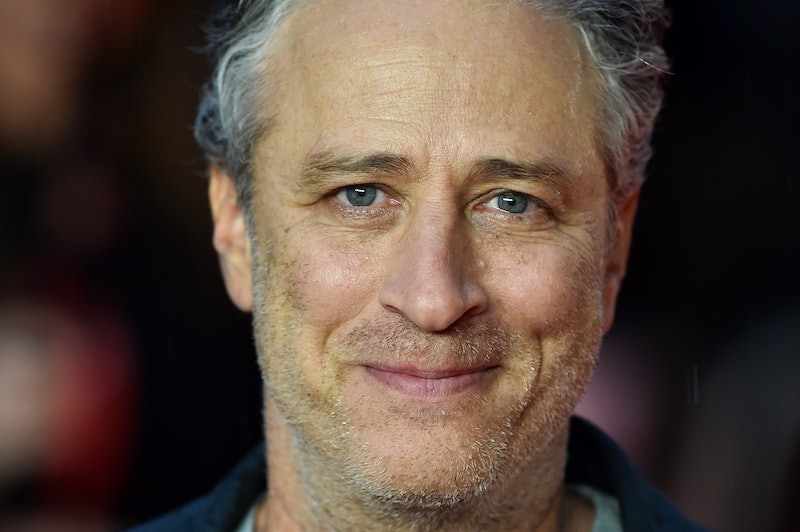 We knew this day was coming, but that doesn't mean our goodbyes will be any much easier. Unfortunately for us, Jon Stewart's last day on The Daily Show will be Aug. 6. Stewart closed out Monday's episode by telling viewers the date of his departure, and the official countdown has finally begun.

Stewart sounded relatively grounded as he told viewers he had new information about the "transition" of the show. South African comedian Trevor Noah was announced as his replacement weeks ago so the next big question was when would be the last day we'd all get to see Stewart in the host seat.

My last Daily Show program will be August the 6th. I will be wearing a suit. I will more than likely be showered... I'm sorry, I'll be wearing overalls, and I won't shower. So I hope that you will join us for that program.

On the positive side, Stewart also said Daily Show fans could win a chance to be flown out to New York and attend the last taping in person. Contest site Omaze is giving away two tickets to fans, who will also receive exclusive show memorabilia.

Stewart unexpectedly announced he was leaving the late-night political talk show back in February, and fans were crushed at the idea that someone else would be leading the charge to point out the absurdity of American politics and politicians. That person ended up being Noah, who quickly went from hero to zero after critics questioned tweets that verged on sexist and anti-Semitic views. The backlash got so bad that even Stewart had to step in and ask viewers to give Noah a chance.

A Guardian report on Saturday revealed Stewart decided to leave "the most perfect job in the world" because he no longer felt the same creative satisfaction as he once did.

These things are cyclical. You have moments of dissatisfaction, and then you come out of it and it’s OK. But the cycles become longer and maybe more entrenched, and that’s when you realize, "OK, I’m on the back side of it now."

The next four months will probably be filled with a look back at favorite segments, surprise guests — Stephen Colbert, Steve Carell, and John Oliver will most likely stop by! — and hopefully even more no-holds-barred fun. But one thing's for sure. Before you know it, Aug. 6 will be here, and The Daily Show lights will forever close on Jon Stewart.