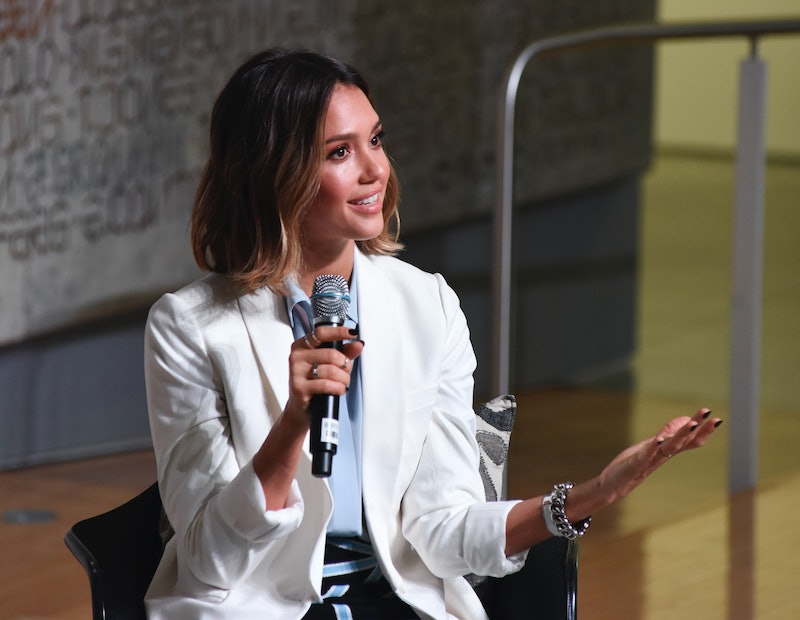 Following a wave of complaints, Jessica Alba responded to the Honest Company controversy via Instagram and her comments were graceful, classy, and, well, honest.

The Honest Company is known for their all-natural products, but some customers were dissatisfied with the performance of the brand's naturally-derived, broad spectrum sunscreen. Many took to social media, claiming that they had received burns after allegedly using the Honest Company's SPF 30 sunscreen, according to Time. PEOPLE even had a dermatologist weigh in on whether the all-natural sunscreen could actually be ineffective.

Alba responded to the controversy via Instagram, captioning a photo, "Protecting our loved ones and yours is the reason we founded @honest. As parents, it pains us to hear that anyone has had a negative experience with our sunscreen."

The level of class Alba possesses never fails to surprise me. Alba's Instagram caption is taken from an Honest Company blog post that she and Christopher Gavigan co-wrote, and from the looks of it, the brand is fully committed to making everyone's experience a positive one.

Her blog post states that they have "gone through extensive third-party testing in accordance with government regulations." Over the past few weeks, users have posted photos to Facebook and Twitter claiming that the sunscreen was responsible for sunburns they'd received while allegedly wearing it. One Twitter user claimed she "got fried" using the product, while others alleged that their children got burned after using the product.

It's nice to know that Alba is taking control of the situation and listening to her customers.

Along with addressing negative comments on social media as well as the site, the Honest Company's response includes the brand's phone number for anyone who wants to voice their opinion.

"What matters most to us is your trust and confidence. We’re passionate about living up to your expectations as much as our own," Alba and Gavigan wrote in the blog post. "We want you to know that we hear you and we’re here for you. As always, we’ll do what it takes to make it right."

More like this
Most Comfortable Underwear For Big Butts
By Audrey Williams
Myra Magdalen Is TikTok’s Queen Of Chaotic Maximalist Fashion
By Sophia Moore
42 Black Owned Fashion & Beauty Brands To Support Today & Always
By Mekita Rivas, Shea Simmons, Kui Mwai and Dominique Norman
Everything You Need To Know About The "Jellyfish Haircut" Trend
By Audrey Noble
Get Even More From Bustle — Sign Up For The Newsletter