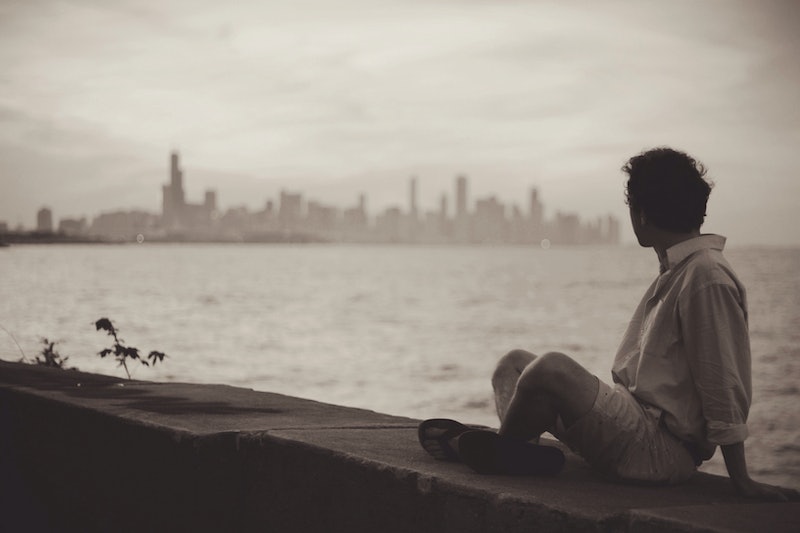 Excellent news for the daydreamers of the world: New York Magazine's Science of Us web series tackled the issue of mindlessness in their latest video, and it turns out that zoning out is actually good for you. Now, by “mindlessness,” I don't mean anything negative; although we usually use the word to denote thoughtless or inconsiderate behavior, mindlessness itself isn't inherently a bad thing — at least in certain circumstances. Whenever we space out for a moment, we get kind of mindless... and apparently it's something we're meant to do. Food for thought, no?

The big question, though, concerns why zoning out is good for you. Simply put? It's an excellent way for you mind to solve problems in less conventional ways. We're all familiar with the phenomenon of shower thoughts, right? Those thoughts you have in the shower that impress you so much you can hardly believe you were the one that dreamed them up? Well, the autopilot nature of showering is what enables us to come up with those thoughts in the first place — when we don't have to focus on anything in particular, we make connections we might not otherwise be able to make. You might notice something similar happening when you're on the subway, or walking a path you've walked a zillion times before.

Here's how it all breaks down, according to Science of Us — scroll down to watch the full video.

1. Your Consciousness Is A Spectrum

Mindfulness is on one end, and mindlessness is on the other. Obviously being able to focus intently is important for a lot reasons — but also…

2. It's Impossible To Maintain Constant Focus

Your brain just isn't built for it. According to research, our minds wander quite a bit — about 50 percent of the time, found a Harvard study. That's a lot of time spent zoning out, so evolutionarily speaking, we probably wouldn't have developed brains that do this unless it gave us some sort of advantage. So what is it?

3. The Advantage Is Problem-Solving

When we zone out, our minds tend to go towards unresolved problems — and in that particular state, our brains are more likely to think outside the box or try to solve those problems creatively. It's not too dissimilar from what happens when we “sleep on it” — connections our conscious brains might have trouble making kind of just find each other when we're not focusing on the problems to which they pertain.

Interesting, no? Watch the full video below for more — and don't forget to give your brain a break today!

More like this
The Spiritual Meaning Of Angel Number 000, Explained
By Kristine Fellizar
It's A Pleasure #53: Help! My Boyfriend Won't Tell Me Why He Stopped Going Down On Me
By Sophia Benoit
Isa Guha Is Taking The Lead
By Charlie Mock
The 5 Best SLS-Free Toothpastes, According To Dentists
By Amy Biggart and Danielle Calma
Get Even More From Bustle — Sign Up For The Newsletter