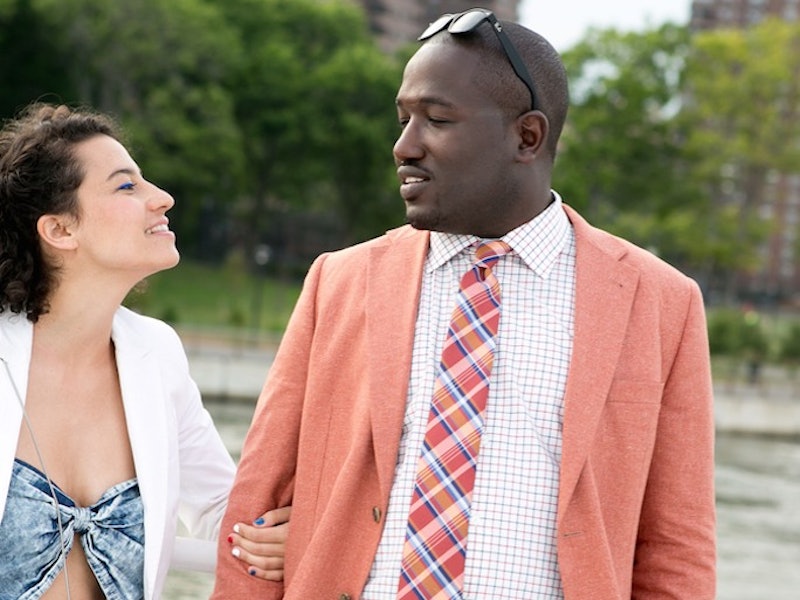 Statistics show that the long-term, committed 20-something relationships of the past are on the decline. Millennials are marrying later and less often, and they're less likely to even live with a romantic partner than before. In just the 10 years between 2004 and 2014, the proportion of adults ages 18-29 living without a partner increased from 52 to 64 percent. Paradoxically, Millennials also are having fewer sexual partners than Baby Boomers. So if we're not in relationships and we're not sleeping around, what on Earth are we doing?

The truth is, there aren't labels for all the relationships Millennials are entering. New modes of communication, dating apps, more permissive attitudes about sex, greater acceptance of same-sex relationships, distrust for gender roles, and increasing numbers of women putting their careers first are all contributing to our need for alternatives to the traditional "boy meets girl," "boy and girl go steady," "boy and girl say 'I do'" narrative.As our previous assumptions about relationships have dissipated, they've left behind a gap that young people are starting to fill in with inventive alternatives to long-term relationships, casual hookups, and other commonly known types of interactions. So for all of those concerned about the whereabouts of Millennials, here are some of the things we've been up to.

1. Keeping up with our "Jeremies"

Jordana Narin coined the word "Jeremy" in a Modern Love column to refer to someone between a casual hookup and a significant other. In her case, the affair spanned years of heartfelt texts and spontaneous meetings. This type of relationship may not be official, but that doesn't make it less meaningful.

2. On outings with our "dating partners"

Mic writer Katie Hakala describes a "dating partner" as someone with whom you do most of what you'd do with a significant other, but without ever defining the relationship. These partnerships may or may not be exclusive, and people get into them for all different reasons, including lack of desire for commitment and knowledge that a long-term relationship with the person at hand won't work.

3. Immersed in something "purely physical"

Ilana was being a bit dishonest when she described her relationship with Lincoln this way; the Broad City entanglement that has become a symbol of millennial non-relationships is more than physical. But for those who can handle casual sex and have their emotional needs met in other ways, a friends-with-benefits situation does make a certain amount of sense.

4. Enjoying singlehood... with someone else

"I want to be single — but with you," writes Isabel Tessler in The Huffington Post, summing up the benefits of a friendship and a romance rolled into one: "I want to be your good friend, the one with whom you love hanging out. I want you to keep your desire to flirt with other girls, but for you to come back to me to finish your evening. Because I will want to go home with you. I want to live a single life with you." Hannah expressed a similar sentiment in Girls when she told Adam, “I don’t even want a boyfriend. I just want someone who wants to hang out all the time, and thinks I’m the best person in the world, and wants to have sex with only me.” (Except, in her case, she kinda did want a boyfriend).

One night, we'll spend an hour flirting with five different people on Tinder. The next, we'll go out with someone we met on OKCupid. Afterward, we'll decide we don't really have time to date. Later that week, we'll exchange numbers with someone in a bar. Then, we'll decide not to text them back because we can't let anyone interfere with our ambition to travel the world, which we plan to carry out any day now. The truth is, plenty of us have no clue what we're doing or what on Earth we're looking for and are just passing the time until we figure it out.

It's not exactly the story that will comfort our elders, but it's one worth telling.