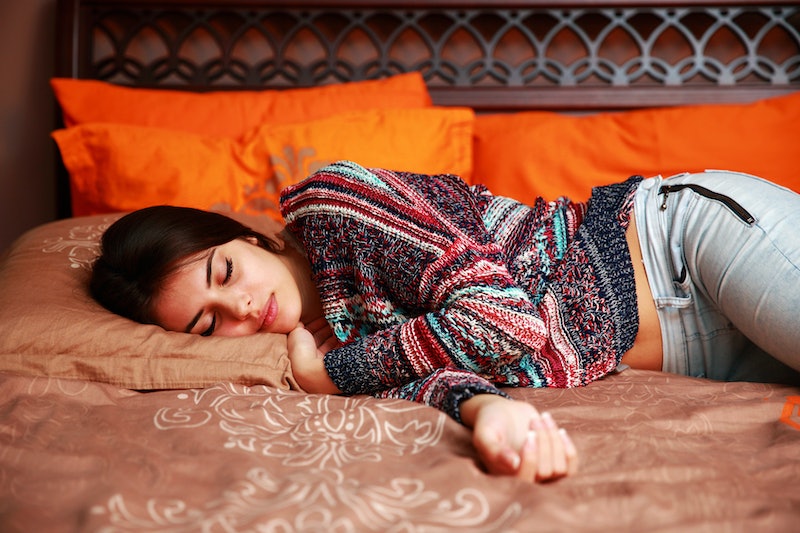 Alzheimer's disease is a pretty scary fate to most people, so in theory we should be willing to try just about anything to avoid it. But what if a simple fix were right under our noses... or right under our covers? Proper sleep is important for good health in many ways, and it's even more important for a healthy brain than we knew before: new research suggests that simply sleeping on your side may prevent Alzheimer's disease, and other neurodegenerative diseases like Parkinson's too.

A team of researchers led by Helene Benveniste, an anesthesiologist at Stony Brook University in New York, looked at anesthetized rodents using MRI for clues about how sleep position impacts health. They were especially focused on the "glymphatic pathway" which basically moves used fluid through the brain to clear out waste products from it. This pathway works better during sleep than during wakefulness, but not all sleep positions were created equal: the glymphatic pathway of rodents laying on their sides worked more effectively than that of rodents who were laying on their backs or stomachs. This matters because Alzheimer's is largely caused by a buildup of proteins in the brain, and other neurodegenerative diseases can be caused or exacerbated by a chronically dirty brain, too.

The bad news? There currently isn't any evidence from humans suggesting that this effects holds true, although theoretically it should because rodents and humans are similar in the relevant ways. However, human research has found that snoring partially causes Alzheimer's disease: because snoring is evidence of an oxygen disruption during sleep, it means your brain is often getting starved of the inputs it needs, contributing to the cognitive impairment that's typical of Alzheimer's.

This finding squares with the recommendation to sleep on your side to prevent Alzheimer's, because side sleeping reduces snoring (and therefore oxygen disruption). Even if you don't give yourself Alzheimer's that way, sleeping on your back can still lead to a crummy night's sleep, and there are no known health risks associated with side sleeping. So, give your side a try, even if you have to try an absurd body pillow like the one I've been using to succeed at side sleeping.

In any case, sleep position definitely isn't everything, so you'll still need to follow the wider state of Alzheimer's research to cut your chances of developing this disease. Looks like you might have to use fewer anxiety medications that are linked to Alzheimer's, but on the upside you should also increase your caffeine intake to prevent Alzheimer's. And, as usual, diet matters greatly so follow current best eating practices for reducing your risk of Alzheimer's too.