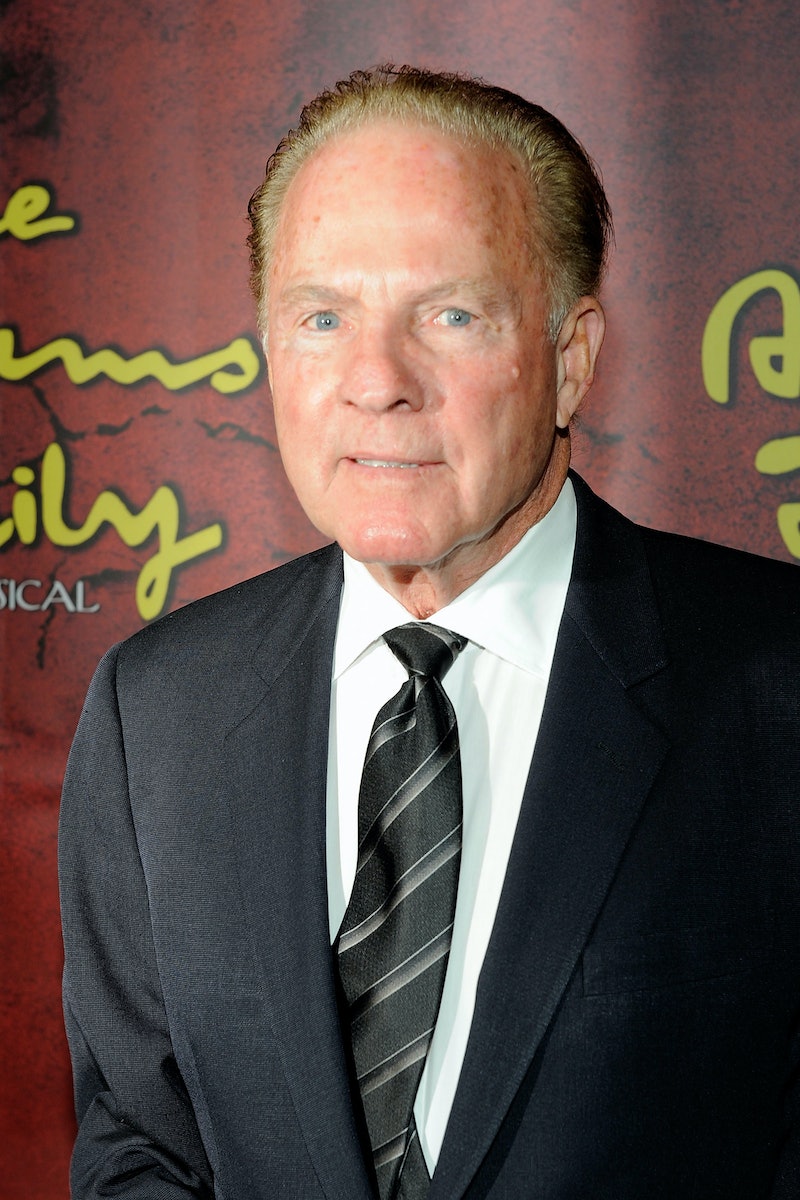 A familiar face in the world of American sports and broadcasting is gone. On Sunday, according to NBC News, ex-NFL player Frank Gifford died at the age of 84. Gifford was one of the greatest professional football players of all time, a member of the NFL Hall of Fame, and went on the enjoy a prolific, acclaimed career as a broadcaster — as CBS News notes, he once sustained a run of calling 588 consecutive NFL games, a pretty staggering figure.

He would ultimately endure as a visible figure in the later years of his life by virtue of his high-profile wife, whose name you probably recognize: Kathie Lee Gifford. According to a statement released by Gifford's family to NBC News, he passed away Sunday morning of natural causes.

It is with the deepest sadness that we announce the sudden passing of our beloved husband, father and friend, Frank Gifford. Frank died suddenly this beautiful Sunday morning of natural causes at his Connecticut home. We rejoice in the extraordinary life he was privileged to live, and we feel grateful and blessed to have been loved by such an amazing human being. We ask that our privacy be respected at this difficult time and we thank you for your prayers.

Gifford's career as a top-flight player began in a very different time in football history, when positions were less defined, and roles were less rigidly adhered to. This is perhaps best exemplified by his being a two-way player, on both the offensive and defensive teams. By today's standards this would be unthinkable, both because of the highly specialized, elite skill sets of modern players, and the increased fatigue and risk of injury, but back then, Gifford was able to pull off this impressive feat.

He'd ultimately settle in as a solely offensive player, however, starring as a running back for the first several years of his career, and converting to wide receiver after suffering a head injury in 1960. His offensive versatility is laid bare by his career touchdown records: 34 rushing and 43 receiving, the very epitome of a balanced attack.

And as CBS News details, he was involved in some positively epic moments as a broadcaster, too. He called the infamous 1972 Men's Basketball Championship game between the United States and the Soviet Union, for example, a game that ended with a Soviet win under such dubious circumstances that the American team never accepted their silver medals.

More like this
6 Organizations Fighting Police Brutality That You Can Support Right Now
By Syeda Khaula Saad and JR Thorpe
This Is When Netflix Is Going To Start Charging You For Sharing Passwords
By Darshita Goyal
Watch Jacinda Arden’s Devastatingly Honest Resignation Speech
By Sam Ramsden
The 2023 Super Bowl Commercials Feature A 'Breaking Bad' Reunion & Missy Elliott
By Alyssa Lapid
Get Even More From Bustle — Sign Up For The Newsletter
From hair trends to relationship advice, our daily newsletter has everything you need to sound like a person who’s on TikTok, even if you aren’t.