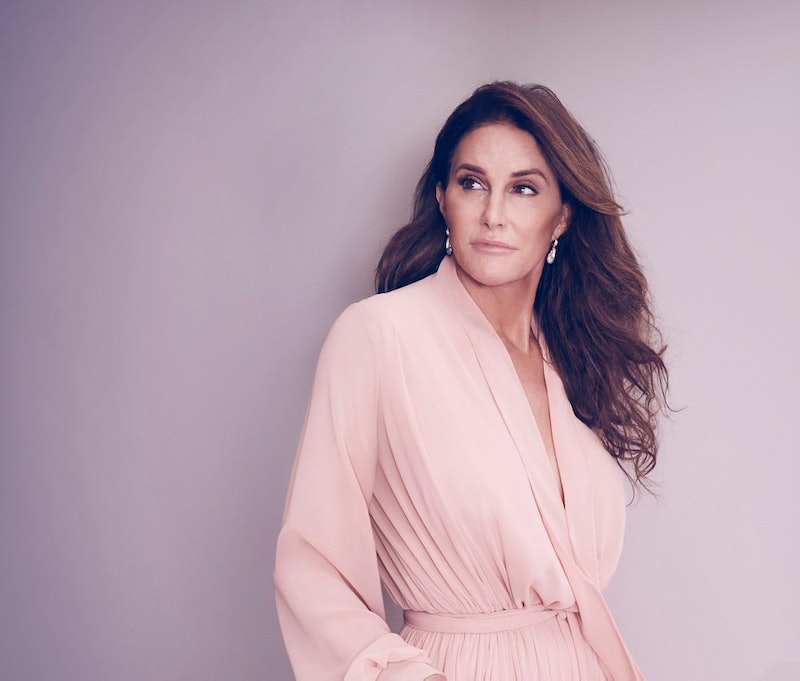 Sunday night's new episode of I Am Cait picked up exactly where last week's left off, as Caitlyn Jenner met with the Human Rights Campaign alongside her new friends in an effort to educate herself on the many issues facing the transgender community, as well as learn about the various experiences within it. While visiting the organinzation's San Francisco office, Caitlyn met a volunteer named Blossom Brown, who shared her struggle with getting into nursing school despite being qualified, saying that she was being rejected for being transgender. The story clearly touched Caitlyn, who not only realized her privileged status after hearing the stories of Blossom and other volunteers, but was inspired to do something incredibly sweet.

"I’ve lived a great life, and I realized in this transition I kind of have that privileged status. You were a white guy, I worked hard, I was able to put a few dollars away. So, I’m blessed. I’m in a wonderful position in life," Caitlyn said of her privilege, before continuing on to explain what the HRC experience taught her. "Boy oh boy, what I’m learning. It’s shocking for me to see the struggles that are out there.” To help Caitlyn realize the extent of her privilege, something she seemed to struggle with in last week's I Am Cait, just shows how powerful these women's stories were. And in addition to learning from Blossom's account, Caitlyn was also clearly inspired by it, as she came up with a beautiful idea when she returned to the group's RV.

After telling her own story, Blossom had said that she was inspired by Ellen DeGeneres and how she was able to become so successful, even though she struggled immediately after coming out as gay. So later, Caitlyn pulled one of the I Am Cait producers aside and asked her to edit together Blossom's story from HRC so that she could send it to Ellen and have Blossom on The Ellen DeGeneres Show, where she wants to reveal that she would like to pay for Blossom's nursing school. It's a kind gesture that shows Caitlyn wants to use her privilege and resources to help other transgender women.

While Blossom doesn't seem to have appeared on The Ellen DeGeneres Show yet, I have faith that Caitlyn will make it happen and create a touching episode.

More like this
Gen Z Are Twice As Likely To Identify As Queer, According To New Data
By Sam Ramsden
'Stranger Things' Finn Wolfhard Is “Proud” Of Noah Schnapp For Coming Out
By Sophie McEvoy
24 History-Making Black Women You Probably Didn't Learn About In School
By Ayana Lage and JR Thorpe
25 Inspiring Quotes From Black Women To Celebrate Black History Month
By Kyli Rodriguez-Cayro and JR Thorpe
Get Even More From Bustle — Sign Up For The Newsletter
From hair trends to relationship advice, our daily newsletter has everything you need to sound like a person who’s on TikTok, even if you aren’t.