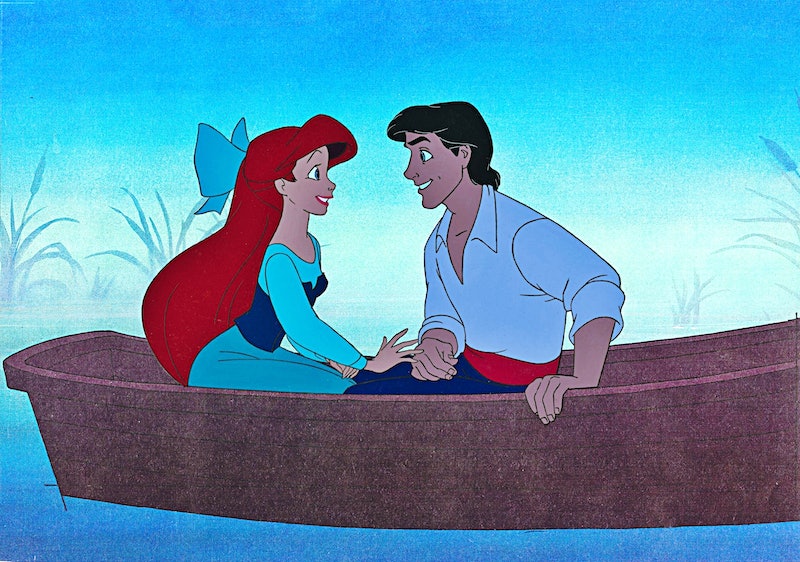 Growing up, I was a total Disney kid. I had a Lion King backpack, I had the Disney Store apparel, and, most importantly, I watched Disney princess movies on a continuous loop. These films were part of my childhood, from the catchy songs to the iconic costumes, but it was not until I was older that I realized the effect they had on my ideas of love and relationships. Don't get me wrong. I still love and cherish these films today, probably much more than the average adult should, but, now that I am older, I am able to watch them through a critical lens. And, because of that, I can tell which Disney princes were the most feminist, based entirely around their most memorable movie moments.

Most times in Disney princess movies, the female characters are criticized for their feminist roles — more specifically their lack there of — but what people don't realize is that there are actually a few princes in the mix worthy of feminist recognition. Sure, when it comes to Disney princess movies, the early stories revolved around a damsel in distress and a handsome young man to come to her rescue, but even the most beastly princes have shown a spark of female empowerment from time to time.

Check out the ranking of the princes from most feminist to least feminist.

I think it's incredibly hard to pin point the most feminist Disney princes, because they all possess varying characteristics. However, Flynn did lay down his life for Rapunzel, so there's that. After Mother Gothel stabs Flynn, Rapunzel makes a deal: her life for his. As she tries to heal him with her hair however, Flynn cuts it off so that she no longer has to be a prisoner. Plus, he's the one that taught her that getting your dream means you get to think up a new one, so not only was Flynn a feminist but he helped Rapunzel come into her own as a strong, independent woman with her own thoughts and dreams as well.

While there are some fishy things about this prince, like the fact that he fell in love with a girl who wasn't able to speak for herself, underneath it all, Eric really is a good guy. Even when Ursula's curse is broken at the end, and Ariel turns back into a mermaid, it doesn't change how he feels about her. Talk about body image empowerment.

However controversial his character was at first, Shang was able to see past the patriarchal views he was accustomed to, and fight Shan Yu side by side with Mulan as equals. Take note: this is what being a man looks like.

Even though he's part of one of the most gender-conforming Disney princess films, Charming is surprisingly pretty feminist. For one, he doesn't let other people tell him how to run his kingdom, not even his parents. While his father insists he find a wife and have kids before assuming the throne, Charming is not so easily convinced. There's more to life than getting married and having babies, you know?

He may be a bit close-minded in the beginning, but he eventually puts his savage ways behind him when he meets Pocahontas. After spending time with her tribe, he learns to appreciate other cultures.

Aladdin is definitely a tricky Disney prince. On the one hand, he did try to base his whole relationship on a lie, but, in the end, he is fully supportive of Jasmine making her own decisions. When he finally tells her the truth, he leaves willingly until Jasmine finally confesses her love for him and asks him to stay, so they can move forward as equals in their relationship.

This prince is anything but charming, that's for sure. Not only is he arrogant and stubborn, he also has quite the temper. All these things aside, though, he eventually learns to put others before himself in the end. Even though he knows Belle is the key to ending his curse, he let's her go back to her father because he loves her, and he wants her to choose to be with him — not be with him because she's trapped in his castle with him.

He may have the whole knight and shining armor thing going, but, like Prince Charming, Philip doesn't let others tell him how to live, especially when it comes to love. Even though he was arranged to be married to Aurora, he ends up falling for her on his own, before he even knew she was a princess.

Naveen is quite frankly the brattiest prince of all. Living the easy life as a kid, he is lazy, vain, and, worst of all, egotistical. It isn't until he's turned into a frog with Tiana that he finally realizes the world doesn’t revolve around him, and, by the time he goes through that character development, the movie's mostly over.

Let's be real, as the first Disney prince, Ferdinand is probably the most gender-conforming. Honestly, his only plot point is that he saves the princess with true love's kiss, and he barely even knows her when he does that. So, basically, he kissed an unconscious female stranger and was considered a hero for it. Not exactly the most feminist prince in the Disney canon.

More like this
The First Look At Halle Bailey’s Ariel In ‘The Little Mermaid’ Has Twitter Hyped
By Brad Witter
Trevor Noah Hilariously Clapped Back At Racist Attacks On ‘The Little Mermaid’
By Brad Witter
Halle Berry’s Response To A ‘Little Mermaid’ Mix-Up On Twitter Is Hilarious
By Stephanie Topacio Long
15 Offensive AF Jokes In 'Friends' That Really Aren't OK
By Tolly Wright, Bustle Editors and Meguire Hennes
Get Even More From Bustle — Sign Up For The Newsletter