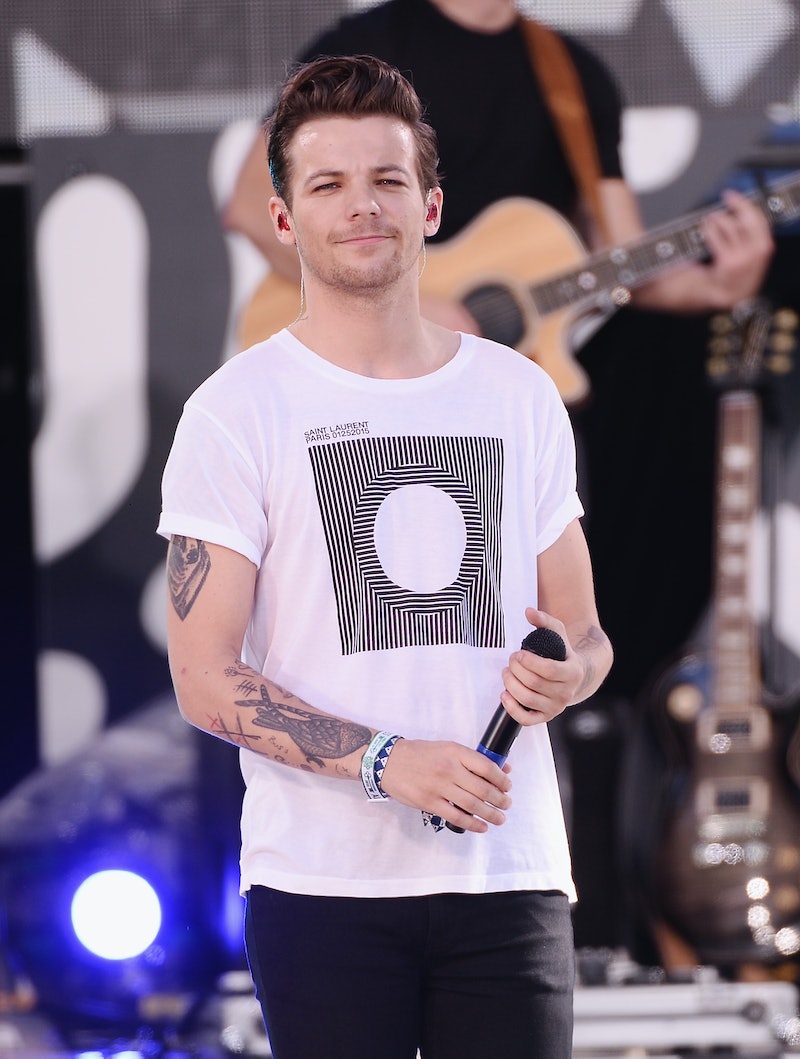 At the moment, One Direction is undeniably one of the biggest and most successful boys bands in the music industry. Whether you love them or hate them, you probably know at least three of their names, and at least two of their hits. But, with all that crazy fame and star power, comes crazy publicity. Over the past few years, the band has dealt with a number of tabloids, and, with such a dedicated and large following, often times, these news stories tend to spiral out of control. As one of the most popular boys of the group, Harry Styles is by far the most talked about, but his band mate Louis Tomlinson has also had his fair share of drama. In fact, the ridiculous rumors about Tomlinson that have risen over the years are actually kind of funny.

Over the past few weeks, Tomlinson has been the center attention for almost every tween publication. After the Internet exploded with news that he was going to be a dad, most Directioners were not sure what to believe, but, now that Tomlinson has finally broken his silence, fans cannot deny the truth any longer. Even though this specific rumor about Tomlinson ended up being true, this is certainly not his first controversial moment. Check out some of his most ridiculous rumors to date.

This is a rumor that Tomlinson seems to be quite frankly sick of hearing. In one memorable instance, he was spotted wearing a shirt with the original Apple logo (which happens to have a rainbow) in November 2014, and some journalists assumed that he was portraying gay pride. Let's just say he was pretty vocal about denying this rumor, and leave it at that.

2. That He Is Dating Harry Styles

This rumor goes hand in hand with the one above, but Tomlinson also frequently deals with the Larry Stylinson fandom, aka 'shippers of Harry and Louis. The two may be good friends, but some fans are convinced that there is something more between them.

3. That Louis & Harry Are Having a Baby Together

You heard me right. Some members of the Larry Stylinson went as far as joking that Jungwirth is actually just the surrogate for Louis and Harry's kid.

4. That His Bum Is Insured

What is the obsession with insured celebrity body parts? First it was Taylor Swift's legs, and then it was Tomlinson's bum. Rumors said the sum was around $160,000.

5. That He Is Going Solo

This is probably the most common One Direction rumor to circulate. Even though Zayn Malik's ended up being true, each member has faced this one at one point in their career.

6. That He Is Dating Eleanor Calder Again

Even though the two broke up and Tomlinson is going to be a dad, there are some fans out there that still believe these former lovers will get back together eventually, or that they already have.

7. That He Is Engaged to Briana Jungwirth

Ever since it was confirmed that Jungwirth was pregnant, fans have been wondering if these two will tie the knot. However, nothing has been confirmed, and the two seem to be nothing more than just friends and future parents.

Sure, some of these rumors might be understandable leaps for fans and the media to make, but they are still just that: leaps. They're far from the only rumors that Tomlinson will have to deal with in the future, but hopefully the gossip remains tasteful.

More like this
Kanye West Apologizes To Kim K "For Any Stress I Have Caused" In Rare Interview
By Jake Viswanath
Adam Levine Denies Having An Affair — But Admits He “Crossed The Line”
By Jake Viswanath and Radhika Menon
Is Dua Lipa Dating Trevor Noah? New Photos Show Them Kissing & Hugging
By Brian Anthony Hernandez and Martha Sorren
Wallows Want Their Own Epic “Lizzo Flute Moment”
By Jake Viswanath
Get Even More From Bustle — Sign Up For The Newsletter