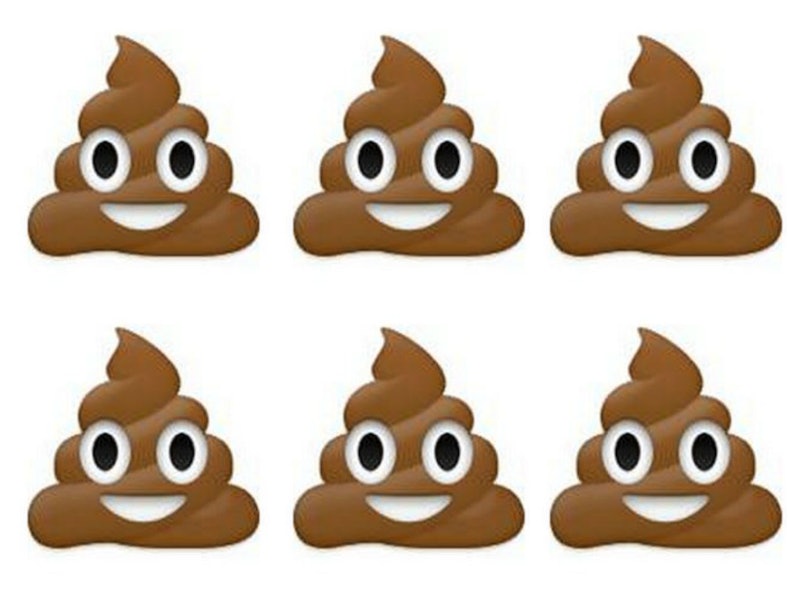 There exist in this world loads of rules that aren't exactly rules — things that we all agree to do or not to do based on a sometimes questionable or nonsensical social contract. Take, for instance, poop: Are there unwritten rules of pooping that everyone should know about? For the second episode of BuzzFeed's Unwritten Rules web series, which deals with issues we don't typically talk about (even though we probably should) Hillary Lauren Levine and Keith Habersberger took on precisely this topic. Everybody does it, so why do we still tiptoe around it like it's something to be ashamed of or a horrifying monster? It's time to end the silence and embrace pooping for what it really is: An indisputable fact of life.

Here are five of the most important unwritten rules about pooping; scroll down to watch the full video for more.

Not out of embarrassment, but out of courtesy. During Keith's epic quest to find a public bathroom in Hollywood that was suitable for dropping a deuce in, he rejected a number of them due to their crowdedness. Why? Because he didn't want to hold up the line for everyone else. How considerate!

Or if you do, clean it up. What does this have to do with pooping? Keith also encountered a horrifying number of toilets with seats awash in someone else's sprinkles. Cleaning up your mess is just good public bathroom etiquette in general, but never underestimate the power it has to make someone else's pooping experience that much better.

Hillary spoke to gastroenterologist Dr. Laurie DeLeve about what makes for a perfect poop — but I would argue that the most important takeaway from this particular conversation is this: If your poop suddenly changes on you — it goes from normal to loose, or to dry and hard, or to pencil thin, and so on — and that changes becomes the new norm (that is, it's now consistently loose or dry or pencil thin or whatever), hie thee to thy doctor. It's a sign that something is rotten in the state of Denmark, and it's always best to get it checked out sooner rather than later.

Although maybe not by the Doctor, as I'm not really sure that's the kind of thing he does.

4. It's OK to poop without your phone.

For some reason, we've evolved such that we all have issues just sitting down and doing our business. We need to keep ourselves occupied in some way — and since we all carry little miniature computers in our pockets at all times now, a lot of the time, we do it by derping around on our phones. But it might be worth it to keep your phone out of the bathroom every now and again—partially because taking it in there with you is a good way to end up with a bacteria-covered phone (poop is everywhere, y'all)), but mostly just so you can see what it's like. Keith challenged fellow BuzzFeed staffer Zach Kornfeld to do just that, and the results? Well, let's just say it was a relatively zen-like experience. Think of it as a variation on shower thoughts: Instead, you have poop thoughts — and they will probably be the best thoughts you have all day.

5. Have an emergency poop plan in place.

The last four minutes of the video — four whole minutes — is devoted to a dramatic reenactment of a real story from an anonymous BuzzFeed staffer. Really, you should just watch the whole thing to experience it for yourself — but suffice to say that pooping behind a dumpster with nothing but Google Map directions for toilet paper should be avoided at all costs.

More like this
6 Abortion Advocates To Follow On TikTok
By Sara Youngblood Gregory
The UK Abortion Laws In 2022, Explained
By Sophie McEvoy
How To Protect Your Digital Privacy If You Need An Abortion Post-Roe
By Kaitlyn Wylde
I Was All For Medicating Mental Health Issues – Just Not For Me
By Anonymous, as told to Dana Smith
Get Even More From Bustle — Sign Up For The Newsletter