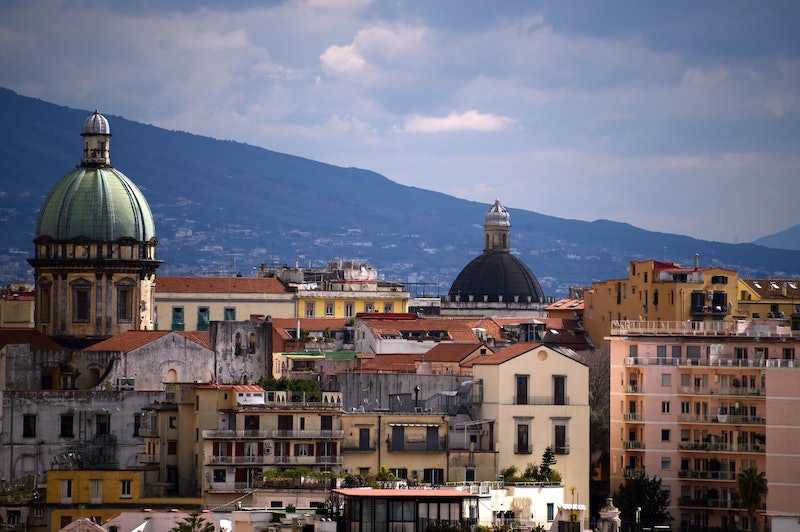 Who is Elena Ferrante? That's been the question on everyone's mind since the publication of her first novel in 1992. Now, publisher Edizioni E/O has released a 1991 letter from Ferrante that establishes her philosophy of anonymity, and it's all anyone can talk about.

Ferrante's decision to remain anonymous is the stuff of legends. She writes under a pen name, and her publishing house has kept her identity secret for the nearly a quarter-century. The author has shunned personal publicity so ferociously that, in February of this year, Ferrante gave her first ever in-person interview to The Paris Review . In the letter mentioned above, she writes:

I do not intend to do anything for Troubling Love, anything that might involve the public engagement of me personally. I’ve already done enough for this long story: I wrote it. If the book is worth anything, that should be sufficient. I won’t participate in discussions and conferences, if I’m invited. I won’t go and accept prizes, if any are awarded to me. I will never promote the book, especially on television, not in Italy or, as the case may be, abroad. I will be interviewed only in writing, but I would prefer to limit even that to the indispensable minimum.

Up-and-coming writers today are strongly encouraged to take charge of their own publicity, and, although building your fanbase via social media before you land a publishing deal is a new phenomenon, the self-promotion trend isn't new. In 1989, The New York Times profiled humorist Dan Greenburg — misprinted in the article as Greenberg — as if he were some kind of unicorn for marketing himself and his work to bookstores and media outlets. As Greenburg's quirk has become the new norm for today's authors, Ferrante's reclusive attitude has generated more interest in both the author and her novels.

That isn't to say that Ferrante's books are being read only because of the writer's anonymity, however. Mere gimmick cannot account for Ferrante's popularity, nor does it explain why, when reviewing Those Who Leave and Those Who Stay last year, Roxana Robinson called the author "one of the great novelists of our time." In fact, the idea that remaining anonymous would propel Ferrante's books into the upper echelons of popularity goes against the writer's own reasoning. She writes:

To explain all the reasons for my decision, is, as you know, hard for me. I will only tell you that it’s a small bet with myself, with my convictions. I believe that books, once they are written, have no need of their authors. If they have something to say, they will sooner or later find readers; if not, they won’t.

Earlier this year, journalist Roberto Saviano nominated Ferrante's latest novel, The Story of the Lost Child , for Italy's prestigious Strega prize. Published last October, The Story of the Lost Child is the fourth and final novel in Ferrante's Neapolitan series; an English translation is slated for release on September 1. (COUNTDOWN!) The prize ultimately went to Nicola Lagioia for La ferocia, but a win for Ferrante would have been interesting, given the fact that her philosophy as a writer precludes almost any participation in the literary community.

Although Ferrante's strict anonymity makes her an outlier, turns her into — as Meghan O'Rourke puts it — a fictional character for her readers, it's inspiring to think that such privacy could be achieved or maintained today. We spend large portions of our lives in the digital world, crafting new personas for business, romance, and socialization that, while not our exact opposites, do not reflect our whole selves, but the best, most marketable parts of us. When we slip up — by posting a negative rant or a misfiring joke — we can just delete the offending update without the need for extensive damage control, right?

Wrong. Unfortunate status updates and pictures removed from our social media profiles aren't actually deleted, but hidden, because it costs data hoarders like Google and Facebook more to find files and erase them than to simply purchase more storage space. Your 2MB MySpace profile picture might not show up in the first batch of Google Images results, but trust me: it's still out there, with your name attached to it. Although most of us need not fear more than a small dose of embarrassment when these pieces of our online history resurface, for some people, the damage could be catastrophic.

There are options to remove them, of course, but none of them can guarantee your mugshot or spring break photos won't come back to haunt you. By generating positive hits to outnumber and outweigh the bad, Reputation.com helps businesses and individuals recover and improve their online identities. In the European Union, The Right to Be Forgotten — that is, to have negative search results disconnected from your identity in search engine results — is quickly growing into a controversial, international issue.

With The Story of the Lost Child less than a month away from English audiences, and with Internet privacy issues in the news, it seems Edizioni E/O has released Ferrante's treatise on anonymity at the perfect time. The author's fulfilled desire to live apart from what she does, to be allowed to exist without the need for dual personas, is nothing short of a tiny miracle. More than that, however, the letter is an affirmation to those of us torn between publishing and our privacy, showing us that having our careers doesn't necessitate the end of our lives as private citizens.