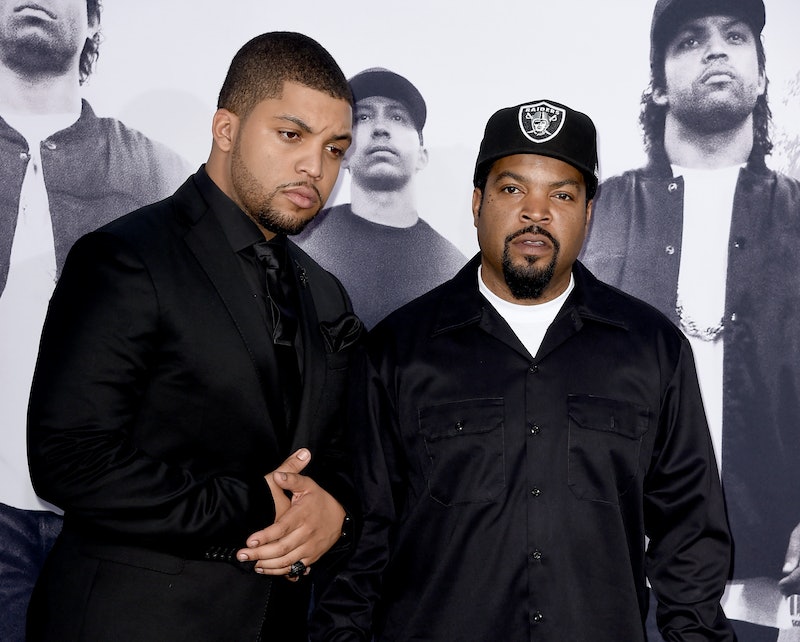 Straight Outta Compton depicts the lives of real-life rap group N.W.A. in the the '80s and '90s, and as a result features loads of young actors taking on the roles of hip-hop icons. Like any biopic based on actual people, some portrayals are better than others, but overall Straight Outta Compton does an admirable job of finding the right guys to fill some famous shoes. But which rappers are portrayed in the film, and how do the Straight Outta Compton actors compare to their characters?

First and foremost are the five members of N.W.A., the most notable being Dr. Dre and Ice Cube. Dre is played by Corey Hawkins in the film, and though he does bear a passing resemblance to the good doctor, his background is considerably different: His previous project was appearing in Romeo and Juliet on Broadway. The actor who plays Ice Cube in the film, however, was born to take on the role. That's because Ice Cube's own son, O'Shea Jackson, Jr., portrays his dad in the film, which explains their striking resemblance. The rest of N.W.A. — MC Ren, DJ Yella, and the late Eazy-E — are played by Aldis Hodge, Neil Brown, Jr., and Jason Mitchell, respectively, with Mitchell especially drawing praise for both his look and impersonation.

But N.W.A. members aren't the only familiar faces on display. Nineties rap icons like Snoop Dogg, Tupac Shakur, The D.O.C., and Suge Knight all show up in the film, to varying degrees of success. Marcc Rose appears to be the reincarnation of Tupac, while Keith Stanfield doesn't resemble Snoop in the slightest, but has his flow down pat. But enough words. Take a look at the photos below to see how the actual rappers compare with the actors playing them in Straight Outta Compton.

I can definitely see it.

It's not a perfect match, but it works.

The look's not there, but the voice...