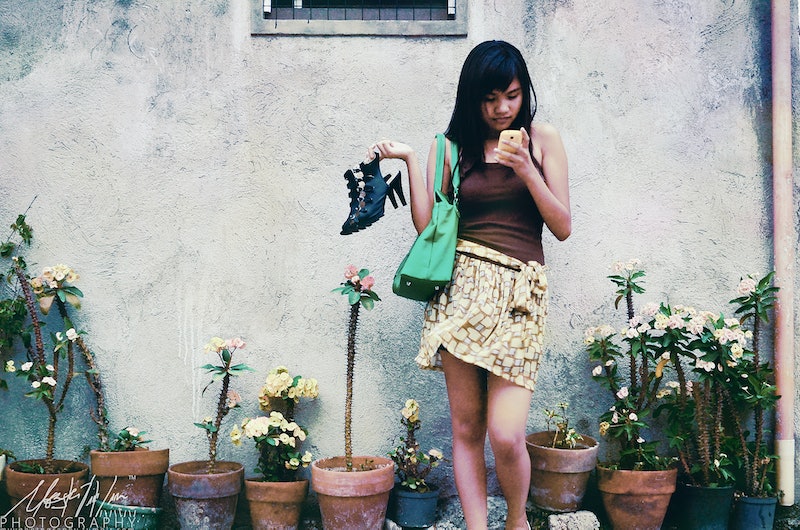 No matter what side of the spectrum your opinion falls on, there's one thing we know for certain: the digital age is upon us, and it's here to stay. What once started with dial-up AOL, chatrooms and Craigslist has become almost an intangible marketplace and media coop filled with little digital personas that interact within them: our social media accounts.

Social media is a beautiful thing. It lets us keep in touch with our cousins across the country, our elementary school friends with whom we'd otherwise never have contact with again. It lets us digitally document our lives, and bare witness to the lives of others', for better and for worse. It's informed us and connected us and incited social change at a rate which cannot even be measured. Indeed, the digital age will probably be responsible for the most significant bout of development in human history.

But we cannot disregard all of the ways it is an active detriment to our mindsets. Countless studies suggest that there is a direct correlation between a strong online presence and depression, but it probably wouldn't take research for you to believe that's true. The reality is that people are presenting highlight reels, up for viewing from the perspective of everyone else's "behind the scenes," as the saying goes. We have become, in many ways, performative about our existences, getting a high from the number of "likes" we can amass, and the amount of validation we can feel, despite it being an illusion at the end of the day. When we close our computers and turn to our actual realities, we're as alone as we've ever been, but now we're acutely aware of how much that stings (and looks very different from how other people's lives do). Here are all the ways social media is hurting, despite all the good it does:

We Measure "Friendship" By Everything But Genuine Connection

Generally speaking, it's not how many friends you have, but how truly connected you are to the ones you do have. Aside from the whole "friending" someone essentially just meaning you have access to their online profile (?), it also sets us up to feel as though our real life friendships are only as real as they are digitally present, and they're only as enjoyable as they appear to be. Friendship, now, consists to a startling degree just ignoring one another in favor of a phone, and then spending all your time taking photos to post online. That's not "friendship," that's acquaintanceship for the sake of some self-fulfilling desire. In the age of nothing but connection, we're lonelier than ever, and this is why.

Our Lives Have Become Incredibly Performative

"If you did [literally anything] and didn't post about it/take a photo of it, did you even do it at all?" (<– Perhaps the average millennial's greatest philosophical inquiry.) A lot of our desire simply to "look good," especially online, is to seek approval from ourselves through creating an image that we assume other people would approve of. We're not actually looking for their likes — we're looking for what their likes can allow us to feel about ourselves. The truth is that we mask this desire by just wanting to "document everything to remember it," but I guess the question is: when you look at your Facebook photo feed, do you remember what you were doing? You were ... taking more photos. You look at those photos and your first thought is "How do I look?" not, "Oh, I remember what a great time I was having!"

Our Idea Of "Normalcy" And "Success" Is Completely Skewed

It's very difficult for us to look around at our average-seeming lives, compare them to everyone else's filtered and edited and selectively posted existences, and not feel as though we're sub-par. (How emotionally liberating, to realize how much of our internal distress is simply that we assume we should have more, or be different than we are?) The truth is that our lives are probably not any different than anyone else's prior to us, historically at least. In fact, I'd argue that they're probably more comfortable and privileged than ever before. We just don't know to appreciate them, because we think that "normal" is extremely "successful" and "successful" is grandiose luxury to not even an unrealistic extreme, but one that we never truly wanted anyway.

Because our lives are documented so intensely, and consistently, we've begun to view ourselves as though we're constantly being "watched." We make decisions based on how they will look, we want our lives to be cohesive, and to make sense, and to be linear, and "clean." We're afraid, and suppressive, of our natural human emotions because they essentially are not aligned with the image that we feel we not only need to paint, but that we're going to have to expose regardless. It's like we feel as though we are emotionally naked at all times, and there's nothing we can do but seem perfectly numb to cope.

We are actually addicted to our phones, and recovery doesn't seem anywhere in sight, because it's the equivalent of being an alcoholic and needing to consume alcohol everyday to remain a part of society. I don't really know anybody who doesn't need to be connected to a smartphone for work, or just because they feel completely disconnected if they go "off the grid" forever. We lose either way. We're stressed when we're connected, and seemingly more stressed (and actually at a disadvantage as far as careers go) when we're not.

Social Anxiety Has Turned Into A Norm, Not An Exception

The whole #Introvert trend isn't upon us just because everyone thinks it's "cool" to be a homebody who loves pizza, despite what some cynics would assume. It's upon us because people are under constant social stress, and are looking for an escape. Because we feel as though we're socializing constantly, we feel less of a need to exert ourselves even more, especially when doing so will accompany a whole slew of inevitable photos, posts, and other forms of documentation. It's honestly no wonder that we're getting lonelier than ever before. Maybe not just because we're replacing screens with experiences, but because we're exhausting all our fuel on worrying about images rather than realities.