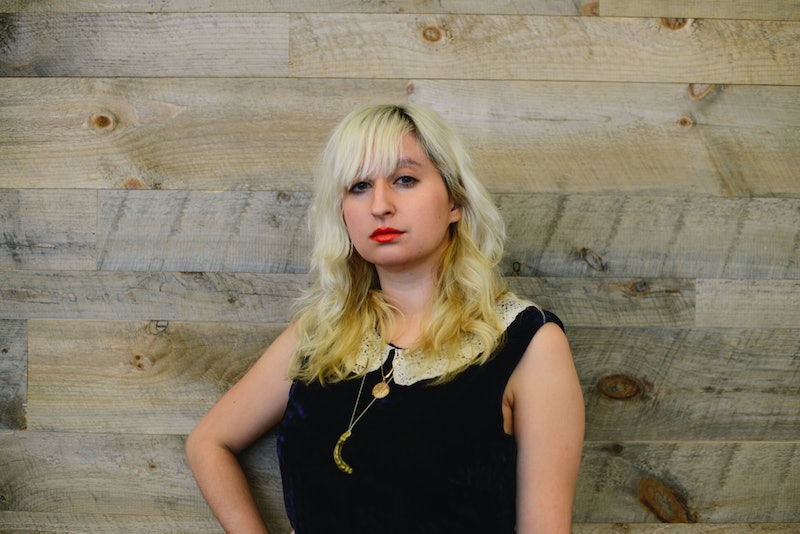 In the summer of 2014, I got off my meds. For the previous year, I'd been taking several anti-anxiety medications. They helped somewhat, but their side effects were strange. One alone gave me odd muscle cramps, made water taste like metal, and caused me to fall asleep for exactly 20 minutes one hour after I took it (awkward). So as soon as I felt able, I began to look into getting off of them.

Not all people who take psychological meds want, need, or are able to stop taking them. For many folks, meds are a lifesaver — the only thing that helps them get a handle on depression, anxiety, or other mental health challenges. Taking psychological medications is nothing to be ashamed of, and no one should be tempted to quit them due to a perceived stigma. But for a wide variety of reasons — from side effects to financial issues — many folks eventually stop taking their meds.

Unfortunately, there isn't a huge body of research about going off medication. As NPR reported in 2010, drugs are generally only tested on patients for up to a year, and little research is done about what happens to patients who taper off their regimen after prolonged usage, as would typically happen in the real world. So a lot of what we know about what happens when people go off their meds is purely anecdotal.

In the spirit of sharing information, we asked 13 people why they went off their meds, what happened when they did, whether they went back on the meds, and how they felt about their experience. These stories aren't here to persuade you to quit or stay with your meds. If you're considering quitting your meds, you should only do so under your doctor's supervision, and if you both agree that it's a good idea. This piece isn't medical advice in any way, shape, or form. But if you're wondering if anyone else's experience with meds is similar to your own, read on.

"I went off when I moved to a new city and couldn't easily find a doctor to refill them. The first psychiatrist I found who had time to see a new patient was so rude and condescending about unrelated aspects of my life that I left without the prescription, by which point I was out of medication.

"I had really scary side effects from going off that made me realize how much my brain was being changed by the drugs. I'm better able to function without them than I used to be, and I now prefer to stay off drugs, unless they're absolutely necessary."

"I've taken a daily SSRI to treat anxiety and depression since I was 19. I've gone off and back on a couple of times — once because I had lost my job and my boyfriend, and figured that if I was coping with that alright, then I could handle anything (great logic, right?). I went off a second time two years ago because everything was super solid with my relationship and my job and my life in general, and I felt stable enough to try to live without the aid of my SSRIs. Turns out part of the reason I was functioning so well was because my meds help me effectively manage my mood disorder and live a successful life.

"I was disappointed to learn that my anxiety and depression returned when I was off my medication. I'm hopeful that one day, I will be able to stop taking medication permanently (I have some concerns about libido, memory, and taking SSRIs during pregnancy), but I have also accepted the fact that this may not be a reality for me. I am enormously grateful that such medication exists and that it works so well for me."

"[I went off my meds due to] fear of being dependent on medication and a nagging suspicion that my 'problems' were circumstantial rather than psychological. I'm still in early stages of being off of them; I get mood swings slightly more often, but they're not as extreme as I expected. My lows aren't really that much lower."

"I was worried about it impacting my sex drive, to be honest. And I had also been on them since I was 15, so I wanted to see if I could go without them.

"I am back on them, and I feel fine with that. It's just one of the tools in my toolbox that helps me, and there's no shame in that at all. Sometimes I think about going off them again, but I just don't really like the person who I am when I'm off them."

"The psychiatrist was too expensive. I felt like I no longer needed them, and I didn't want to pay for another session to get another prescription. The only side effect I felt was a periodic zapping-like sensation in my brain that lasted a few days. It was annoying but not painful, and it didn't prevent me from doing my daily activities.

"I took meds for less than a year of my life. I'm glad I did, as they helped me get through a really tough time. At this point, I do not need them, but I would go back on them if I felt I did. Of note: I had situational depression, which is very different than someone suffering from a severe and persistent mental illness."

"I went off antidepressants cold turkey when I lost my insurance. The withdrawal was the worst suffering of my life. For three days, I had brain zaps, dizziness, nausea, and no will to live. I cried nonstop. I felt like an extra on Trainspotting.

"I couldn't wait to get back on them. They make me feel like myself."

"I was planning a pregnancy, and I felt 'cured.' It's possible that my panic disorder was a one-time occurrence. I also had sexual side effects, which were no fun.

"I was really sad to go back on them. The (awful) psychiatrist I saw said that since my panic attacks had come back, it probably meant I was more or less permanently wired that way. When I burst into tears, she did nothing to comfort me. It was an awful feeling."

"I decided to go off of depression and ADHD meds at 15, after I nearly attempted suicide. When I went on ADHD meds, depression was a side effect, for which I was quickly medicated. Although it was rough, I NEVER felt suicidal before I started taking these antidepressants. My parents and I decided that being able to focus in order to get better grades wasn't worth that risk, and I went to therapy to learn coping mechanisms.

"I'm considering going back on ADHD meds again because my symptoms are bringing me a ton of anxiety and making my life miserable. Any task takes about double the time it takes someone else, I'm always forgetting things, and I work in an environment where I need to be able to switch gears quickly and accomplish a ton in a short time. I'm a bit nervous, but hopeful that this will be better for me in the long run, and improve my mood and quality of life."

"After I graduated from college, I stopped taking my antidepressant medications cold turkey. I returned home after graduating, and I didn't want my family to know I was on them. (My prescriptions went through student insurance provided by my university.) At first, I felt like I was handling the transition pretty well. Eventually, however, it became clear that I needed help. Unfortunately, by the time I came to this realization, I had been forced off of my family's insurance plan and couldn't afford to restart treatment. (My job at the time didn't offer benefits.) It was a very scary period of my life.

"I did end up going back on antidepressants once I found a job with decent insurance benefits. At first, the thought that I might have to take this kind of medication for the rest of my life scared me. Now, I’ve (mostly) made peace with my situation. The way I see it, I need to take whatever steps are in my power to remain healthy. So what if I have to take a few pills every day?"

"When I first moved to NYC, my job didn't offer insurance and I couldn't afford to be on meds. They're really expensive! It didn't take long for everything to come tumbling down. I was physically sick almost immediately, and emotionally sick for weeks. I ended up trying to take my own life and ended up in Beth Israel.

"I realize I have to be on them to stay alive. I'd like to not be dependent on them, but I don't really have a choice."

"I'd been on antidepressants as long as I could remember. They never really seemed to work, and I tried several different kinds. When I went to rehab and got sober, I went off them. Once I was no longer drinking and using drugs, it turned out that I wasn't actually depressed. My depression had been untreated alcoholism, which is super common.

"I feel better than I ever have. I know that some people really need their meds, but I think we're overmedicating folks, and it's dangerous."

"I've had depression and anxiety my entire life, but resisted taking any medications for them ... until a recent rocky patch in my personal life left me literally unable to function. The daily meds gave me weird side effects, so that motivated me to quit them as soon as I felt I could.

"I found life completely med-free was full of a lot of needless suffering and anxiety for me (I also realized that back when I was resisting meds, I wasn't really 'drug-free' — I was just self-medicating with booze). Now I take some as-needed anti-anxiety meds, and just knowing that I have them as a resource gives me tremendous peace of mind. I used to think it was somehow more 'authentic,' or just my lot in life, to be made unhappy by things that didn't bother other people. Now I get that things don't have to be that way."

"Going off my meds was accidental. I had run out of pills and couldn't get a hold of my psychiatrist (not to mention it cost me $300 to see him, which I couldn't afford). I was feeling good and life was going well, so I figured I could go off them. I was so wrong. The first week was OK, but by the second week, I was suffering from headaches and was super emotional. The tiniest thing would make me cry (and not little whimpers, but river-flowing, sobbing tears).

"I contacted my psychologist, who told me to go to a hospital where I could receive a prescription. I felt better the day after I started taking my pills again. I'd love to get to the point where I don't have to rely on meds, but next time, I'll do it at the guidance of a doctor."