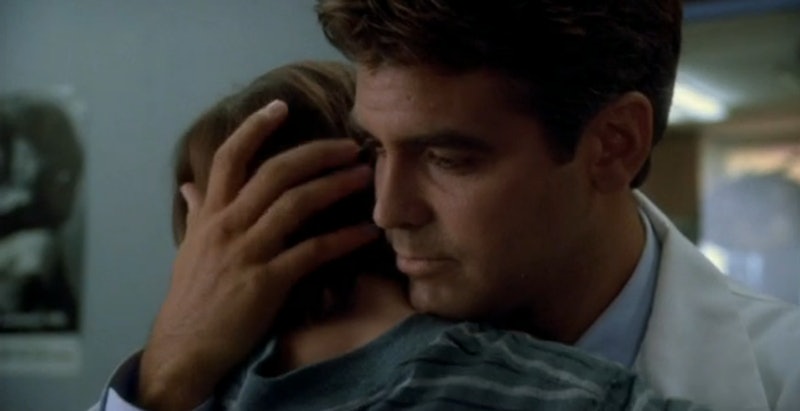 ER's Cook County General Hospital had quite a set of revolving doors back in the '90s and early 2000s. Patients came and went, lives were saved, and babies were born. The docs had many of their own children and I wonder what ER 's doctors' offspring would've grown up to be like? Would they have been just like their parents and carried on working in medicine? Or would a few of them steered clear of hospitals entirely? I think it would be fund to imagine what they would be like as grown-ups, kind of like an ER, the next generation.

The fast-paced NBC drama series ran from 1994 until 2009 and many of the characters found love on the show, which led to marriages and even baby carriages. Dr. Peter Benton (played by Eriq LaSalle) had a son named Reese with his ex-girlfriend Carla. Dr. Mark Greene (Anthony Edwards) had a daughter named Rachel (sharing a name with a certain Friends character) from his first marriage and a young daughter named Ella with Dr. Elizabeth Corday (Alex Kingston). And Nurse Carol Hathaway (Julianna Margulies) famously departed the show with baby twin daughters Tess and Kate to reunite with Dr. Doug Ross (George Clooney) in Seattle.

But how did all those ER babies grow up? Let's imagine the possibilities...

Rachel grew up with the show and viewers got more of a sense of where she was headed as an adult by the end of the series. After being a troublesome teen, Greene's daughter lived with Corday long after her father's death and she was attending Duke University, with the intentions of studying medicine.

I can see her going to medical school and beginning her residency at a hospital in New York City. There, she takes a liking to a certain coffee shop and its patrons. Among them, in this ER/Friends alternate universe, is a fellow doctor — Dr. Ross Geller. They fall in and out of love for years and sometimes take, ahem, breaks — whether they know it or not.

Tess and Kate grew up in Seattle with their parents, who we last learned are married and work at the University of Washington Hospital. As they grow older, Tess becomes closer to her father Doug, who she idolizes and wants to become a doctor just like him. Kate, however, wants to steer clear of medicine — she's so tired of all this talk about blood and guts all the time — and has her sights set on becoming a lawyer.

Last we saw Reese, he was being a smart-alack even using sign language. Born deaf, Reese has always defied odds and displays the same drive and ambition as his father. He aspires to be a doctor just like dear ol' dad, but right now, deaf medical students are facing some opposition from medical schools, according to Inside Higher Education. I could see Reese joining this fight.

Ella only knows about her father from the stories Corday and Rachel tell her. He's sort of this mythical figure to her. Ella gets accepted to both Duke (where her mom works) and Northwestern University, but she defies Corday's wishes and she chooses the Evanston, Illinois, college. She attends Northwestern's film school, where she gets the idea to create a TV series based around the stories about her father working in a Chicago emergency room.

Little Joe, mom Abby Lockhart, and Luka Kovač have a nice, quiet life in Boston with cold winters and warm hearts. But as he grows up, Joe dreams of seeing the world and learns of his father's warn-torn past. Joe becomes an army medic and helps soldiers on the field and in combat.

Susan Lewis and Chuck Martin's son grows up in Iowa City and Joe wants nothing to do with medicine, despite Susan's constant encouragement. Her niece Susie is becoming a doctor, why can't Cosmo do it, too? He'd rather play in his band, but then ultimately gets a communications degree. He's pretty aimless and goes from odd job to odd job. Susan desperately wants him to get his life together, so he runs away to go backpacking in Europe.

More like this
This 'Gossip Girl' Wardrobe Error Has Gone Viral On TikTok
By Alyssa Lapid
Rupert Grint Just Shared A *Major* Update About Ron Weasley’s Future
By El Hunt
'The Last Of Us' Has Officially Been Renewed For Season 2
By Darshita Goyal
All The ’70s Easter Eggs You Missed In 'That ’90s Show'
By Grace Wehniainen
Get Even More From Bustle — Sign Up For The Newsletter
From hair trends to relationship advice, our daily newsletter has everything you need to sound like a person who’s on TikTok, even if you aren’t.