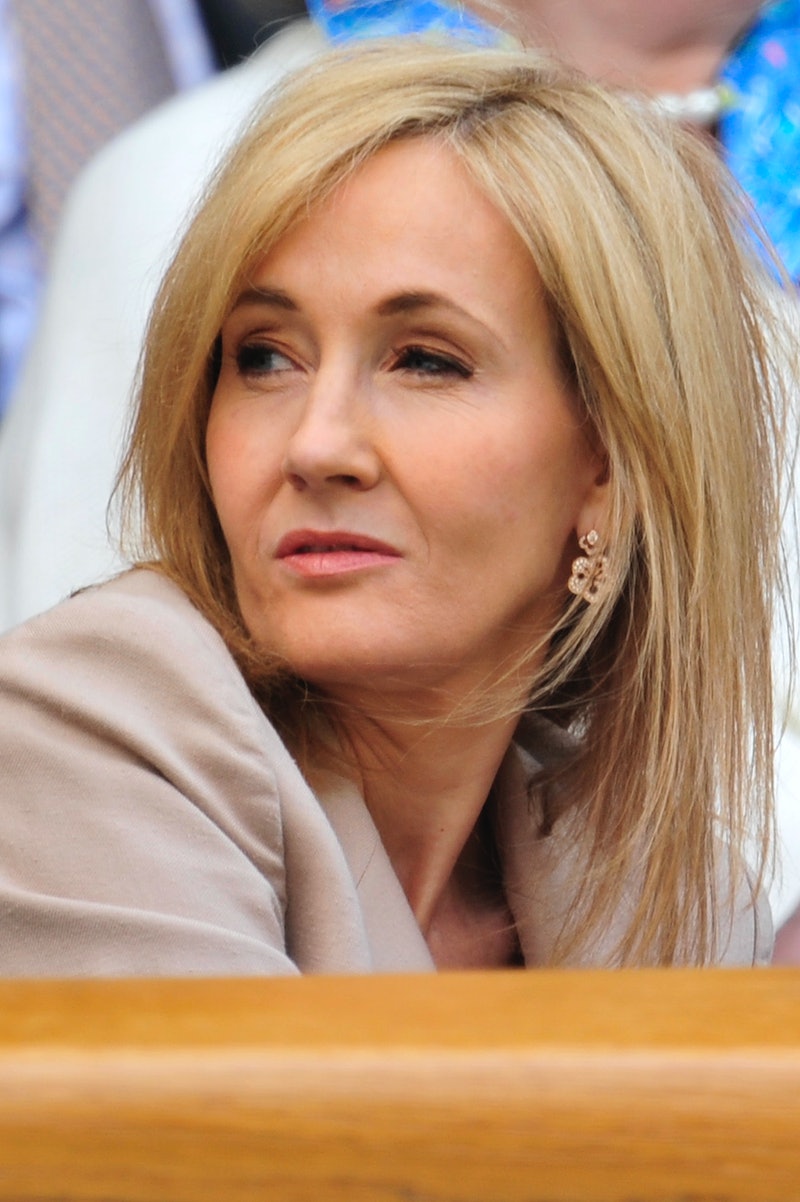 J.K. Rowling is definitely an actual genius, I think it's safe to say. The wonderfully rich and creative universe she created with the Harry Potter series is unparalleled (at least in recent history) and continues to inspire and delight readers of all ages and walks of life across the world. And while the final book of the wizarding franchise was released more than eight years ago, back in 2007, and the final film came out in 2011, the popularity of everything Harry Potter has continued into 2015, and probably will well into the distant future, too. Thankfully, there are new projects to keep our HP love alive, like a spinoff movie in the form of Fantastic Beasts and Where To Find Them (and two more beyond that) and even a play. However, there will never be a Harry Potter TV series, according to Rowling. Nooooo!

While graciously answering questions from fans on Twitter last weekend, Rowling responded to a question about the status of a TV show about The Boy Who Lived with a pretty hilarious joke, but also a harsh truth: it's never going to happen. At least, not before Harry Potter On Ice, which would obviously feature Voldemort doing some very fancy ice skating moves.

I mean, look — if we're going to be honest with ourselves and one another, the idea of an ongoing Harry Potter TV series lacks the (excuse the pun) magic of the books and film franchise. After all, the books are what started it all and the films have evolved as their own separate and wonderful entity. The spinoffs work because they're based on textbooks within the Harry Potter universe and don't particularly infringe on anything that happened within the series we know and love, but serve to further it, instead. A TV series could only really be a continuation of the world we've left behind, in many ways, and that exists in a bubble. Messing with that and adapting it for the small screen seems like a bad idea, no matter how much you love Harry & Co.

The great thing about Harry Potter being such a massive series means that there are so many different elements to digest. There are the books and movies, of course, but also the likes of Pottermore, the upcoming spinoffs, and even fanfic, if you get desperate (or if you just like fanfic, which you should because it's awesome). There are so many different elements of the material that's already out there that we can learn new things from if we rewatch or reread, which should be a minor comfort. Also, I wouldn't trust anyone at all to make a Harry Potter TV show, so I'm going to count our blessing on this one.