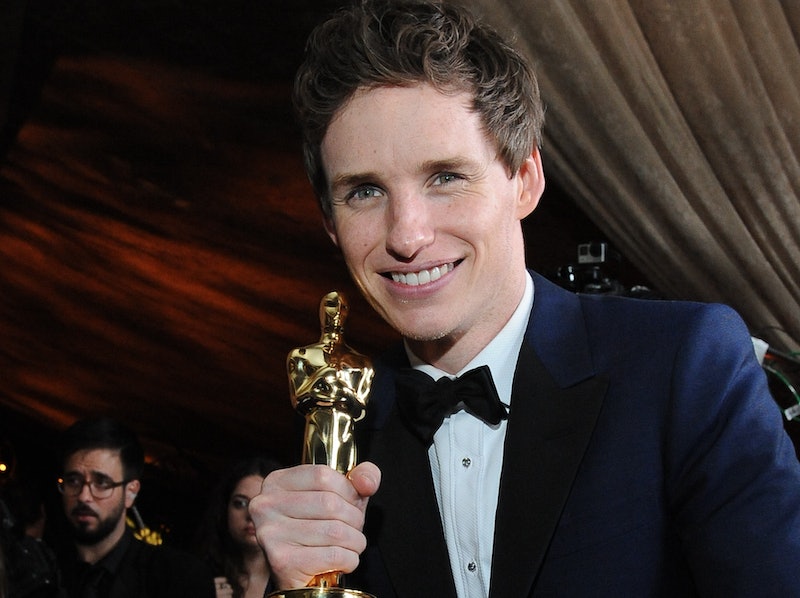 The Oscar-winning actor was already somewhat of a magical being before Eddie Redmayne was cast in Fantastic Beasts And Where To Find Them as the lead role Newt Scamander, but his latest role really solidifies it. Looking at Redmayne's track record, he's been a singing and dancing French Revolutionist, a famous physicist and cosmologist, and an intergallactic villain — so, needless to say, his stepping into the wizarding world of Harry Potter is only natural. Fantastic Beasts And Where To Find Them is a companion to the Harry Potter series, and takes place nearly 70 years before the world ever met The Boy Who Lived.

Beasts is exactly what the title suggests: a record of beasts (which Newt Scamander will tell you are very different from "beings") that exist in the realm of wizardry and magic. The book, which appears in the HP series, is actually a textbook written by Scamander that Harry, Ron, Hermione and the rest of Hogwarts use to study the field of magizoology. It is an indelible resource to students and wizards alike as it helps classify beasts into how much of a threat they pose to wizards... along with their eating, mating, and traveling habits. Classifications range from "Known wizard killer/Impossible to train or domesticate" to "boring." Without Fantastic Beasts And Where To Find Them, I reckon Hagrid would have had his head bitten off long before he tamed Buckbeak, the Hippogriff.

In case you haven't read Fantastic Beasts And Where To Find Them, here are a few things you should know about the book, and Newt Scamander, before you see the movie(s):

Scamander's son Rolf went on to wed Luna Lovegood, and his textbook was studied by the finest wizards — including Albus Dumbledore, who wrote the foreword.

If you don't know how to train or interact with magical beasts like dragons, griffins, centaurs, phoenixes, and unicorns, then the Muggle (non-magic humans) world could discover them, and the wizarding world's cover is blown. So, all of you Hogwarts hopefuls better brush up on your Scamander texts.

Newt Scamander Was the Ultimate Scholar

His mother bred Hippogriffs, so Scamander has been studying these beasts since he was born. Scamander worked for the Ministry of Magic, Department for the Regulation and Control of Magical Creatures, and the Dragon Research and Restraint Bureau. He also received the Order of Merlin, Second Class, a most high honor in magic.

Newt Scamander Was an Activist

There Will Be Many Werewolves Afoot

Scamander created the official Werewolf Register in 1947. Don't be too frightened. Remember, Remus Lupin was a werewolf.

She was commissioned in 2001 by Comic Relief UK, and the proceeds of Fantastic Beasts And Where To Find Them went to charity. Just in case you didn't love this project enough already.