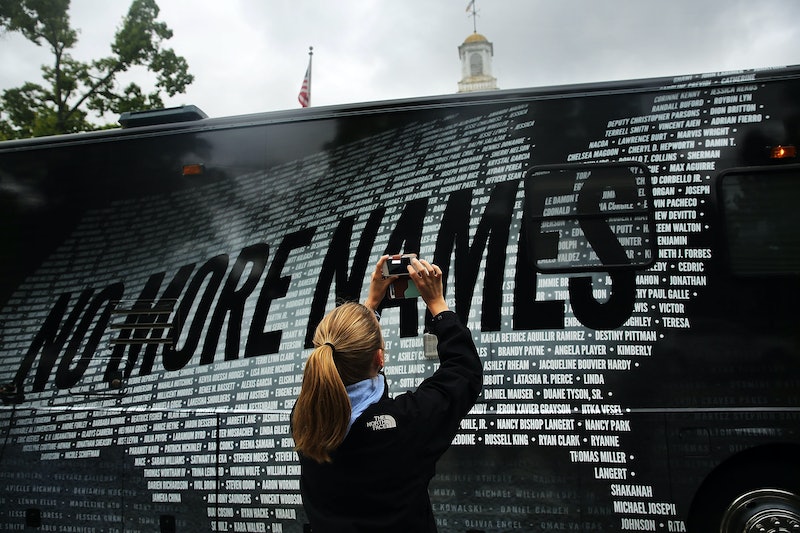 At an event Tuesday in Newtown, Conn., Vice President Joe Biden is set to announce a $100 million federal boost to mental-health funding. The town of Newtown. of course, saw the devastating elementary-school shooting last December which, along with September's Navy Yard shooting and at least 12 others that occurred in 2013, shifted the national conversation on gun control to one that included and addressed mental health.

The mental-health funding, part of George W. Bush's Mental Health Parity Act, was pushed into being last month by the Obama administration, signaling a significant change in America's approach to mental care.

The money will be divvied across a couple different routes. Some of the funds will go directly to local programs that help people with mental illness or addiction, and grants through the Affordable Care Act will go toward recruiting and hiring mental health professionals. Plus, rural areas also stand to benefit from the funding: Plans for a "telemedicine" line are in the works — telemedicine is basically medical help via phone and Internet – to help professionals serve communities that might not have access to good facilities. Also, the Department of Agriculture will establish a loan program for those communities, to build facilities in towns that lack them.

Tuesday's announcement is part of the White House's festive PR campaign for the Affordable Care Act/Obamacare. It's a bit like advent calendar, only less fun: the administration is promoting a different aspect of the bill each day up until Dec. 23.

Today's announcement is a part of Tuesday's focus on mental-healthcare services provided by ACA. But with the one-year anniversary of Sandy Hook coming up on the 14th, the government will also use the event to highlight the gains it's made in curbing gun violence.

Except those gains are few and far between: In a year that's seen a plethora of shootings, there's not been a new law passed federally. Gun control is largely an issue left up to the states, and an Obama-backed measure to expand gun control checks and ban assault weapons failed Senate in April. At the time, an angry President called it "a pretty shameful day for Washington."

But in true Congressional fashion, an eleventh-hour deal was made yesterday to extend an expiring 25-year-old ban on guns undetectable by sensors. This means that 3D-printed plastic handgun contraptions remain illegal (well, unless you have a strip of metal in there for the sensors to detect). Although Democrats pushed for tighter restrictions, Republicans and the NRA, which seems to dip into Congress from time to time, opposed any new measures for the legislation — and got their way. Again.