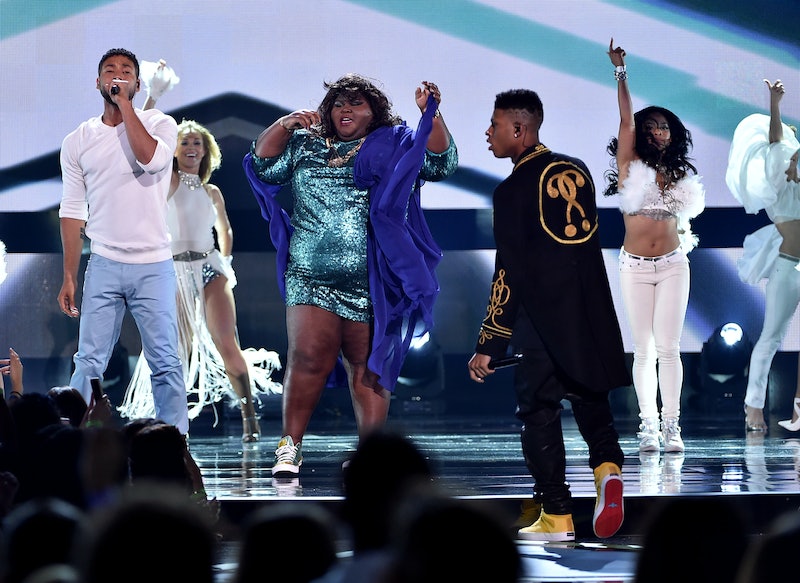 The Lyons have reunited! I repeat, the Lyons have reunited! If anyone was previously having doubts as to whether or not Empire deserved its multiple Teen Choice Awards nominations, I think it's safe to say they can now be safely put to rest. As promised, Empire stars Jussie Smollett and Bryshere "Yazz" Gray performed one of the show's biggest hit singles "You're So Beautiful" and — surprise, surprise — it proved to be one of the most amazing highlights of the evening thus far. But hey, when you ask vocal powerhouses like these to simply do what they do best, can we really be all that shocked when it adds up to spectacular results? Especially when it includes a surprise Gabourey Sidibe dance cameo!

In fact, the only critique I have with the performance is that it ended. Sorry, fellas, but I'm going to need more than just one song to help quench my Empire thirst. Let's not forget that the Season 2 premiere of the FOX series is still over a month away. (*inserts temper tantrum here*) All-in-all, though, Smollett and Gray did not disappoint and managed to get fans even more pumped for the show's return than we already were. (If that is even possible at this point.) No one has stage charisma like these two. NO ONE.

So where were the Lyon matriarch and patriarch during all this? Sadly, Terrence Howard (Lucious) and Taraji P. Henson (Cookie) didn't magically appear to join their on-screen sons. (It's probably for the best since I was squealing enough at my TV as it was.) However, like any true parent, I'm sure they were watching and beaming with pride. Umm, is it Sept. 23 yet?

Watch the full performance below.