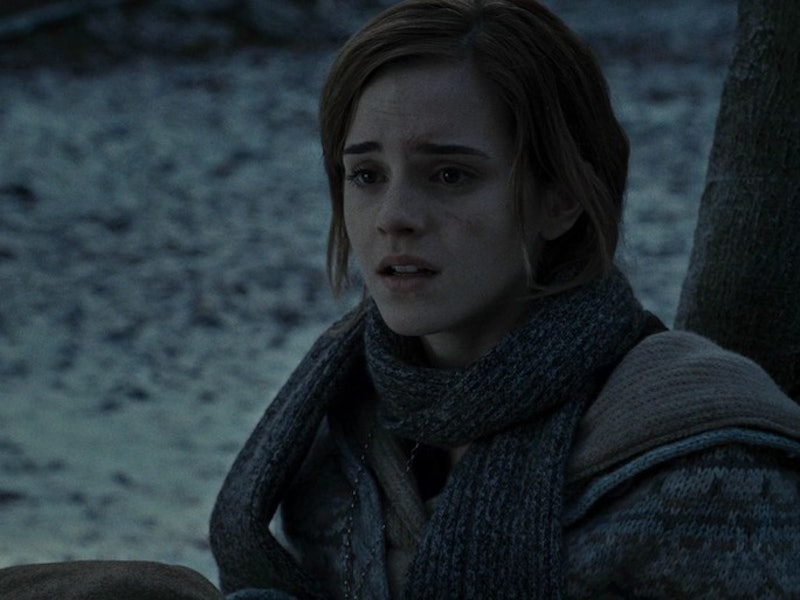 No matter how many times you have read the books, no matter how many times you've seen the movies, the Harry Potter series still holds a powerful magic over you. You still get giddy when Harry receives his first letter of acceptance to Hogwarts. When Hagrid shows up to explain the wizarding world to Harry, you get just as excited as Harry does. Your heart races the first time Harry faces Voldemort, and it beats just as hard when you relive their last encounter. You can't help but smile at the mischief Harry, Ron, and Hermoine get into, and the Weasley twins still crack you up. During your umpteenth time reading or watching the series, you're as moved as you were the first time by the heroics, loyalty, and bravery that all of your favorite characters show.

But all the magic, wonder, and inspiration aside, Harry Potter is full of tragedy. Don't try to pretend each of your seven books aren't spotted with tear stains, because I know they are. Even upon rereading them, your heart breaks the same way with every death, every heartache, and every loss. You thought reading through that scene on top of the Astronomy Tower was painful, but rereading it, knowing it was coming, was almost worse. Cedric Diggory being taken too soon, George losing Fred, Sirius' abrupt departure ... And that's just scratching the surface, because beyond the deaths, which are hard enough to swallow, we constantly uncover broken hearts, betrayed loyalties, and painful truths. Are there enough tissues in the world to catch the tears these books have caused?

Face it: Harry Potter made you cry then, and it makes you cry now. Whether it's because of the death of a beloved character, an inspirational speech in the darkest hour, a confession of love, or an expression of loss, these books are full of quotes that tug at your heartstrings, like it or not. Not many series prove the power of words quite like this one. And in this case, the words are still powerful enough to bring tears to our eyes. Don't believe me? Here are 17 quotes from Harry Potter that still make you blubber like a baby.

“It does not do to dwell on dreams and forget to live.”

"To have been loved so deeply, even though the person who loved us is gone, will give us some protection forever."

— Dobby, Harry Potter and the Chamber of Secrets

"Happiness can be found, even in the darkest of times, if one only remembers to turn on the light."

"It's cruel that I got to spend so much time with James and Lily, and you so little. But know this; the ones that love us never really leave us."

"You think the dead we loved ever truly leave us? You think that we don’t recall them more clearly than ever in times of great trouble? Your father is alive in you, Harry, and shows himself plainly when you have need of him."

"Numbing the pain for a while will make it worse when you finally feel it."

"Working hard is important. But there is something that matters even more: believing in yourself."

"You're the weak one. And you'll never know love, or friendship. And I feel sorry for you."

"An invisible barrier separated him from the rest of the world. He was — he had always been — a marked man."

"It is the unknown we fear when we look upon death and darkness, nothing more."

“The thing about growing up with Fred and George [...] is that you sort of start thinking anything's possible if you've got enough nerve.”

“Do not pity the dead, Harry. Pity the living, and, above all those who live without love.”

"I'm sorry too, that I will never know him ... but he will know why I died and I hope he will understand. I was trying to make a world in which he could live a happier life."

“Albus Severus Potter, you were named for two headmasters of Hogwarts. One of them was a Slytherin and he was probably the bravest man I ever knew.”