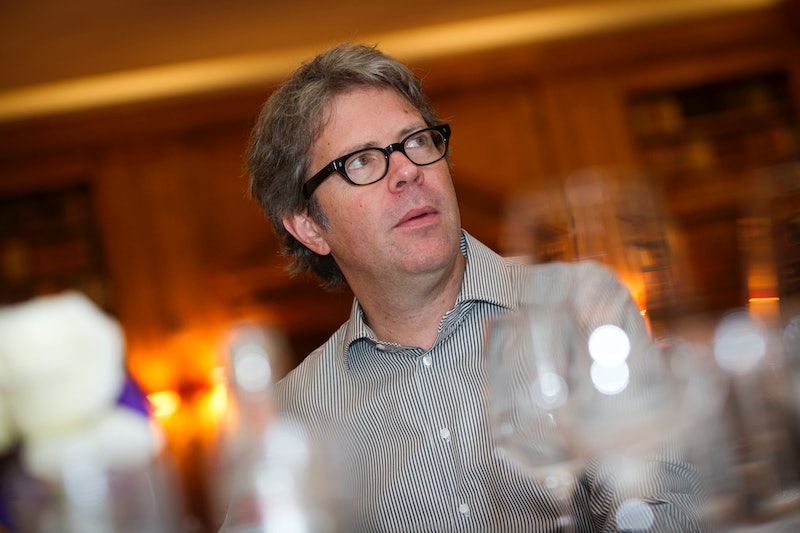 For the last three years, fans have been clamoring for an answer to one very specific question: When does Jonathan Franzen's Purity come out? Well, ask no more, Franzenites! Purity is coming on September 1, and I've got all the info to get you psyched up for what's almost certain to be a massive hit.

Waiting isn't out of the ordinary for Franzen's fans. The writer has been on the literary scene since 1988, but he wasn't on anyone's radar before his breakout hit, The Corrections, hit store shelves in 2001. Nine years later, Freedom came along. Since then, Franzenites have had to content themselves with personal essays, short fiction, and the odd op-ed from their favorite author. In a 2012 interview with Portland Monthly , Franzen first mentioned Purity, his fifth novel, which was nothing more than a dense, four-page proposal, at the time, and was, by the author's own admission, probably very unlike whatever the finished product would turn out to be. But the mere mention of the novel was enough reason to celebrate, and now it's finally here: Christmas, for Franzen's devotees, has come early.

We first got a sneak peek at Purity in March, when publisher Farrar, Straus and Giroux (FSG) revealed an animated version of the North American cover on Work in Progress. People are still talking about it, but FSG is staying mum. On Wednesday, The Washington Post asked, "Who is that woman on Jonathan Franzen's Purity ?" FSG's creative director, Rodrigo Corral, is keeping what he knows close to the vest, insisting that the model wishes to maintain her anonymity, and that the woman could be either Purity or her mother, but, "of course," it's ultimately up to the reader to decide precisely.

Of course, for every ounce of Franzen adoration there is an equal and opposite amount of vitriol for the writer, who is known for his prickly public persona and anti-feminism. Following brutal honesty regarding depictions of sex in Freedom , Franzen appears to be lashing out at his critics, feminist ones in particular. Anabel Laird is Purity 's token feminist, and can only be described as a Men's Rights Activist's envisioning of one. Put simply, Franzen detractors won't find a watershed moment of appreciation by reading Purity.

Franzenites can pick up Purity on September 1. There's a corresponding book tour, hitting 18 venues in 16 cities, beginning August 31. Check out the Purity book tour schedule for a city near you.

More like this
'Mayfair Witches' Already Changed 2 Major Characters From The Books
By Grace Wehniainen
Your Guide To Watching 'Everything Everywhere All At Once' In The UK
By El Hunt and Sophie McEvoy
Twitter Is Identifying With Sally Field & Jane Fonda’s Friendship In New Viral Video
By Jake Viswanath
Prince Harry Incorrectly Recites Christina Aguilera’s “Genie In A Bottle” Lyrics
By Jake Viswanath
Get Even More From Bustle — Sign Up For The Newsletter
From hair trends to relationship advice, our daily newsletter has everything you need to sound like a person who’s on TikTok, even if you aren’t.