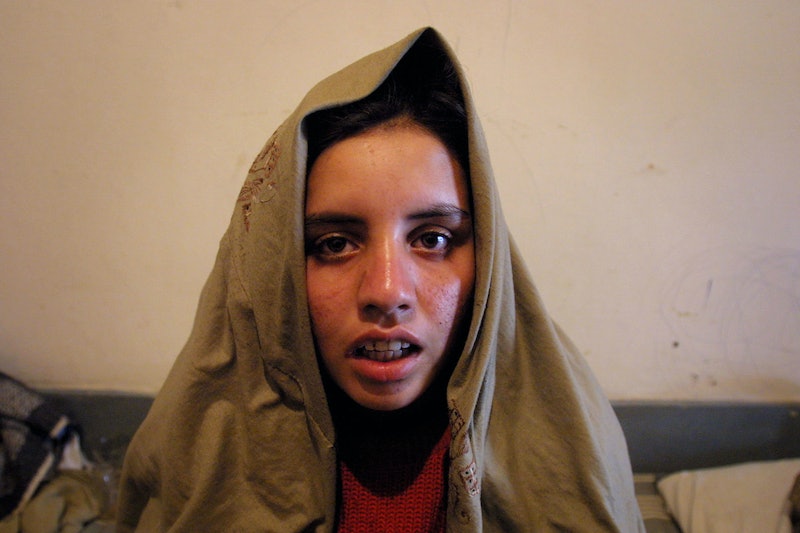 During my junior year of college, I went through one of the worst phases of my depression. I was missing classes, and small assignments often slipped under my radar. There were days when I couldn't even convince myself to leave my bed. Halfway through the quarter, an incredible professor of mine called me into her office and, rather than telling me off for my absences, asked me how she could help. She demonstrated a level of compassion in ways I never would have thought possible. Not only did she display profound degrees of empathy, but she made her classroom a safe space by providing trigger warnings for class readings to help students who might otherwise have been confronted with memories of trauma. My professor's use of trigger warnings did not limit the spread of ideas or "coddle us," as The Atlantic's September cover story seems to indicate, but rather demonstrated an awareness of the diversity of lived experiences that I rarely see in academia.

Trigger warnings are important because when you disseminate information to a large group of people, all of whom you cannot possibly know on a close personal level, you can let them know the material you are disseminating could trigger memories of a past trauma. A trigger warning isn't just a way of being "empathetically correct," as another Atlantic piece put it last year. You cannot possibly claim to know and understand (or empathize with) the lived experiences of every single person you "know" (or who might be receiving your content). So when my professor provided us with trigger warnings for each text covered in the class, I realized she was actually creating an additional topic of discussion, one that asked what it means to respect others' identities and existences rather than limit what we could discuss.

The authors of September's Atlantic cover story, Greg Lukianoff and Jonathan Haidt, suggest cognitive behavioral therapy as an alternative to trigger warnings and as a possible way to heal from trauma. According to Mayo Clinic, "cognitive behavioral therapy helps you become aware of inaccurate or negative thinking, so you can view challenging situations more clearly and respond to them in a more effective way." In a published backstory of the piece, Lukianoff describes his own experience with this type of therapy, explaining that it led him to not only deal with his depression more thoroughly, but also lead him to "recognize [distortions] in the thinking of others."

I've actually gone through cognitive behavioral therapy, and it did help me — to an extent. It helped me identify situations during which my behavior worsened my depression and anxiety and take charge of my emotions in a healthy way. But this type of therapy shouldn't be viewed as an alternative to trigger warnings because that suggests trauma stems solely from perception, and that with some hard work, we can simply choose not to feel certain types of pain. For marginalized people, deep trauma stems from structurally oppressive entities, and choosing to "take responsibility" for how we feel implies we need to make things better for ourselves instead of working to change the system that oppresses us.

I also take issue with the idea that trigger warnings "coddle" college students and perpetuate hyper-sensitivity. Trigger warnings notify people of potentially triggering content, which means that they've already gone through the traumatic experience in question. Suppose a college class introduces a discussion on sexual assault, and a sexual assault survivor is in the room and might be triggered by the chat. How can trigger warnings "coddle" or shield this person when they've already lived that reality? They're not being protected from "ideas." They're being shown compassion.

In that same vein, a type of therapy that works for one person might not work for another. While Lukianoff and Haidt's proposed idea of teaching cognitive behavioral therapy to incoming college students seems innovative, it also further institutionalizes mental health, making it seem like trauma manifests itself in the same way in every single person and therefore can be resolved in a uniform way — which is, of course, not the case.

Trigger warnings are not a form of censorship, but a form of courtesy. It doesn't mean people shouldn't write about controversial or painful topics. Sometimes, writing and discussing that trauma can be a form of healing. Instead, trigger warnings allow some people to prepare themselves ahead of time to manage their emotional response to content. In my personal experience, I am much more likely to have difficulty calming down following a panic attack if I am completely unprepared to engage.

Other concerns about trigger warnings tie into discussions of academic freedom. Lukianoff and Haidt warn against "vindictive protectiveness" on college campuses, which they believe leaves students completely unprepared to deal with life in the "real world." They describe a campus atmosphere in which people are forced to think twice for fear of having their careers ruined or being called out for being offensive. But in the course of this discussion, Lukianoff and Haidt lump trigger warnings into a larger framework of disinviting commencement speakers and "social media crusades." These other two topics are certainly highly pertinent, and they require extensive discussion, but they cannot effectively be used to make a case against trigger warnings.

In making these comparisons, Lukianoff and Haidt reduce trigger warnings to a tool used to shield students from ideas with which they're not comfortable. What they completely fail to understand is that triggers are about a lot more than just avoiding hurt feelings or being mildly uncomfortable about something. As Miri Mogilevsky wrote for The Daily Dot last year, trigger warnings do not necessarily lead to censorship, and opposition to trigger warnings by people in privileged positions often perpetuates a power dynamic in which marginalized people are simultaneously blamed for the trauma they've experienced and tokenized by those who want to use their trauma to educate others.

Further, avoiding trigger warnings for the sake of tricking privileged students into reading material on racism, sexism, and other unpleasant topics means potentially triggering underprivileged students by refusing to warn them that the upcoming reading assignment concerns traumatic things they may have experienced. People who lack privilege relative to others are constantly being asked to sacrifice their mental health and safety for the sake of educating those others, and this is just a continuation of that unjust pattern.

If you do not find a particular piece of content triggering, do not automatically assume that it will not trigger someone else. It is a privilege to not feel pain or trauma in a way others might. You lose nothing by showing people the compassion my professor showed my peers and me. Rather than claiming that you are "afraid" of backlash, treat others as people who are coming to the table with vastly different experiences from you. In doing so, you'll establish vital connections and earn the respect of those around you.