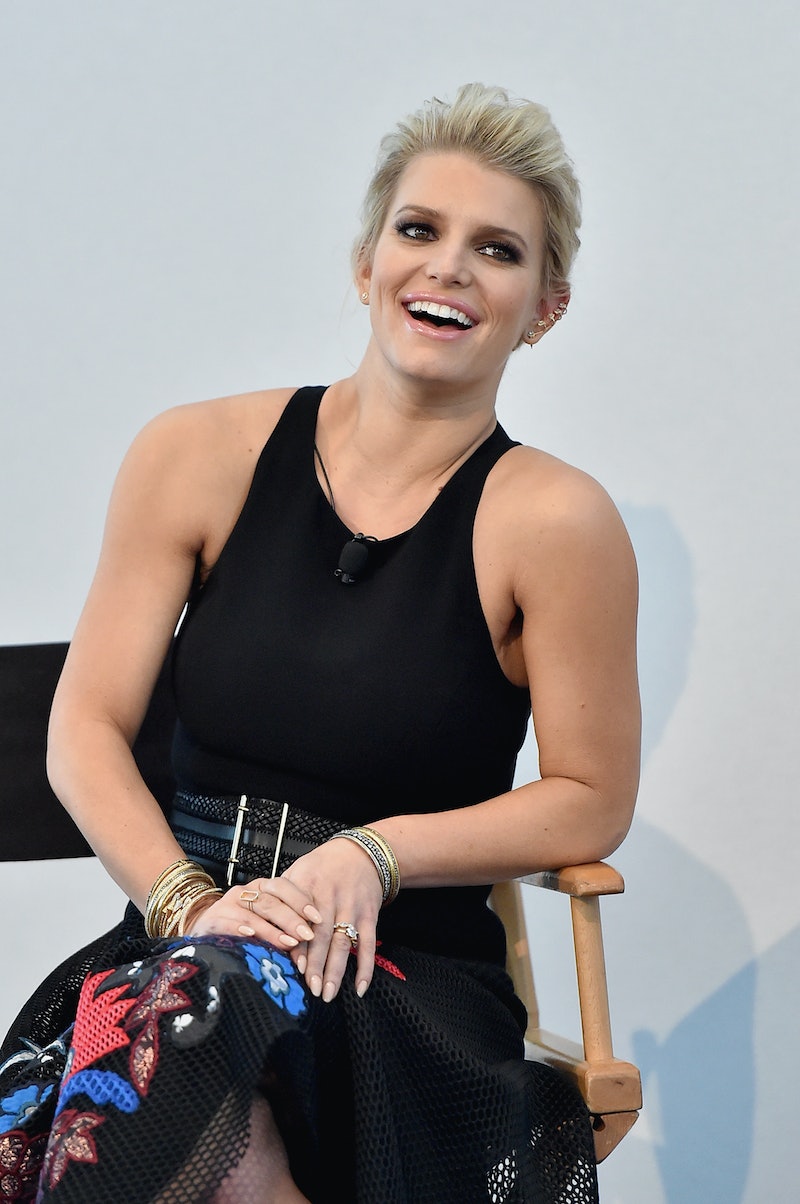 There's a reason Jessica Simpson was able to successfully propel her music career into a reality show into an acting career and, now, into a mega fashion brand. (Somewhere along the way she also scooped up the honor of most relatable pop star of the early '00s.) The reason is that Simpson is pretty darn intelligent and she's not about to let the media's portrayal of her image get in the way of her super-stardom.

While Newlyweds: Nick and Jessica captured every one of Simpson's goofier moments (moments that were quickly inducted into the pop culture canon), don't underestimate her just yet. According to MarketWatch, the Jessica Simpson Collection pulled in $1 billion in retail sales in 2014. It's safe to say that she's a very savvy business woman and she's not slowing down anytime soon.

In addition to the numbers, read or listen to any interview with Simpson. Sure, she's clearly personable, charming and honest, but her answers are also well thought-out and eloquent. I predict that as her brand continues to grow, Simpson will continue to defy the stereotype tied to her image. Until then, here's seven quotes of hers that prove she's more than a stereotype.

1. When She Didn't Want To Sell Sex

2. When She Exalted Confidence

"I never want to hurt anyone’s feelings, so I used to let people walk all over me," she told Glamour magazine. "But now, especially in my career, I’m definitely more confident in my ideas. Even though I have so many things to figure out, I’m very much at peace. I don’t feel like I’m closing the chapter on this phase of life — I feel like I’m closing the book and starting a new one."

3. When She Talked About Writing Poetry

“I know that I’m good at it,” Simpson told W magazine. “It’s a piece of my heart that I want to share with my fans."

"I'm vulnerable in any moment," she told Allure. "I don't care if the cameras are on or not, you're going to get the real me. There's no reason to mask that, because that's what has given me the chance to be in a powerful position."

5. When She Addressed Newlyweds

"They'd never show me having an intellectual conversation," she told Cosmopolitan. "You see a lot of depth in Nick. And me, it's just spending too much money and not knowing how to do housework. I'm actually a good cook. I may be a mess with flour on my nose, but I'm a good wife."

6. When She Refused To Be Brought Down

"... I know that every day the media’s going to challenge me, is going to want to bring me down," Simpson told Vanity Fair. "But I feel like I’m at such a place that I own myself, and it’s authentic. I own that authentic part of myself, and none of those words are harsh enough to make me believe them."

7. When She Played Up Her Goofy Side

"I'm actually very different than I seem on the show," she told Cosmopolitan. I'm a deep thinker, and I'm very intuitive. I read people like that, and I'm also a good judge of character. The show is very real, but I knew when the camera was on me, and it was hard not to give the cameramen what you know they want. I did those Chicken of the Sea comments on purpose, but I did those before. I've done those my whole life. That was my way of flirting with the boys and being a charmer ..."