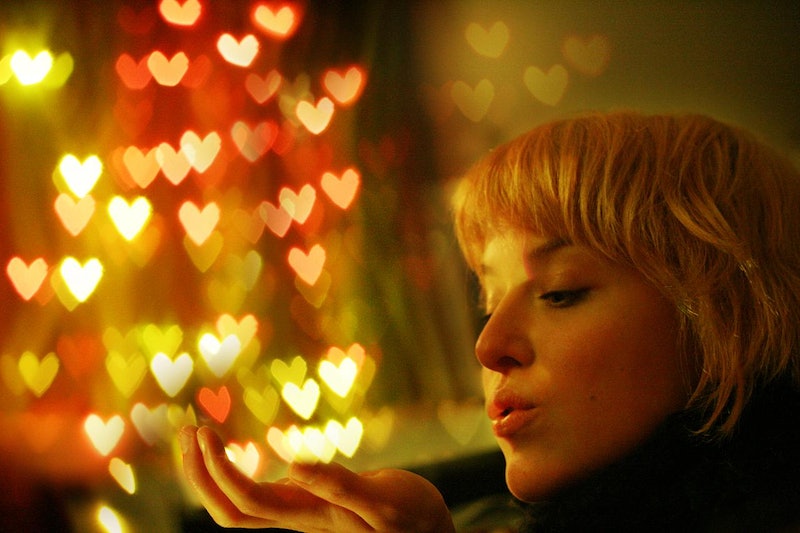 We live in a world where "#flawless" is a trending hashtag and an adjective used to describe everything good in this world. But really, that kind of flaw-hate can be damaging because we all have weaknesses, and it's important to accept your flaws, whatever they might be.

Enter Emily-Anne Rigal, founder of the YouTube channel WeStopHate and major advocate for accepting and celebrating your flaws. In her new book FLAWD: How to Stop Hating on Yourself, Others, and the Things That Make You Who You Are, Rigal asks, "What if we could all be up-front and accepting of the things we don't like about ourselves? Well, we can. it's a matter of getting a handle on how we look at these things."

"Maybe you're in a really good space when it comes to flaws," writes Rigal. "If that's the case, you already know that accepting what you don't like about yourself sets you free." But if you're still struggling to come to terms with yourself and your personality and your flaws, FLAWD can guide you through the process of both accepting and even celebrating the very things about which you might be most ashamed or embarrassed.

As Hannah Montana would say, "Nobody's perfect," so here are 7 ways to accept and celebrate your flaws because, at the end of the day, we all have them.

Don’t just ask yourself “Who am I?”

The first step in accepting and celebrating your flaws is, quite simply, figuring out what they are. This requires you to figure out who you are, and the seemingly easiest way to get there is by asking yourself, “Who am I?” But as Rigal explains, “For a super short string of monosyllabic words, they sure pack a punch when you put a question mark at the end of them. Here’s the problem: It’s too big a question.” Instead, Rigal recommends breaking it down into smaller questions like, “Who am I… with my friends? Who am I… with my family? Who am I… when I’m imagining my future?” Asking yourself more specific, manageable questions will make it easier to figure out who you are and what your flaws are.

“RE-ing” is Rigal’s term for critical thinking, and it’s important to look at the world through this kind of analytical lens if you want to have a shot at accepting your flaws. RE-ing is “a step-by-step process that lets you take an in-depth look at something. It allows you [to] see what you already know and also find out what some of your other options are.” In other words, RE-ing lets you look at why you’re feeling crummy and help you find out why. What’s causing you to feel bad about your flaws? “What are flaws… and who says?” RE-ing will help you get at the roots of these questions.

Weaknesses Can Be Strengths

The very things you perceive as weaknesses or flaws might actually be strengths, if you re-frame it. “Re-framing is when you see that a thought you’re having is charged with a lot of challenging feelings so you say to the thought, ‘You’re not helping. I’m going to find a more positive alternative for you.’” Sometimes our weaknesses are the very things that drive us to do great things. Take Taylor Swift, for example. “If she hadn’t gotten her heart broke, she never would have written songs millions of girls (including me!) could relate to.” Seeing your flaws as strengths can help you accept them.

If you’re still struggling with accepting your flaws, it’s OK to do nothing. “It sounds like the easy way out, but that’s only because you haven’t tried it yet,” writes Rigal. "Do Nothing means being able to say, ‘I give up trying to change this flaw. I may not be able to embrace it, but I’m not going to reject it either.’” If you’re doing nothing, you’re not celebrating the flaws that make up who you are, but you’re also not beating yourself up about having them, and that self-kindness can be just as valuable and a great first step toward accepting your flaws and yourself.

Your Flaws Tell Your Story

“Kintsugi is the Japanese art of repairing broken ceramics with gold glue and making sure the gold glue really shows. They highlight the imperfection because they see it as gorgeous — as a creative addition to the pot’s life story,” writes Rigal. Take a tip from Japanese ceramics, and look at your flaws as important parts of your personal story and history, of where you’ve been and what you’ve experienced. They’re beautiful, just like gold glue.

Be For Something, Not Against It

Being a positive light in the world can create a ripple effect, even if it's a flawed one. "It’s possible you’re going to be able to observe the positivity that comes of your good deed… but it doesn’t stop there,” explains Rigal. "There are going to be other positive effects as a result of it that you won’t ever see. And then there are going to be what those positive effects bring about…” Focus your energy on being positive and transforming the world rather than on your flaws. There's no point, because everyone has flaws, and you'll only be able to inspire change if you're positive and can celebrate who you are, flaws and all.

More like this
Black Women's Equal Pay Day Highlights An Upsetting Problem
By Brandi Neal
The 19 Best Tweets & Memes About Bisexual Awareness Week
By Lexi Inks
This Psychological Effect Might Be Keeping You From Hitting Your Goals
By Lexi Inks
The Spiritual Meaning Of Angel Number 000, Explained
By Kristine Fellizar
Get Even More From Bustle — Sign Up For The Newsletter