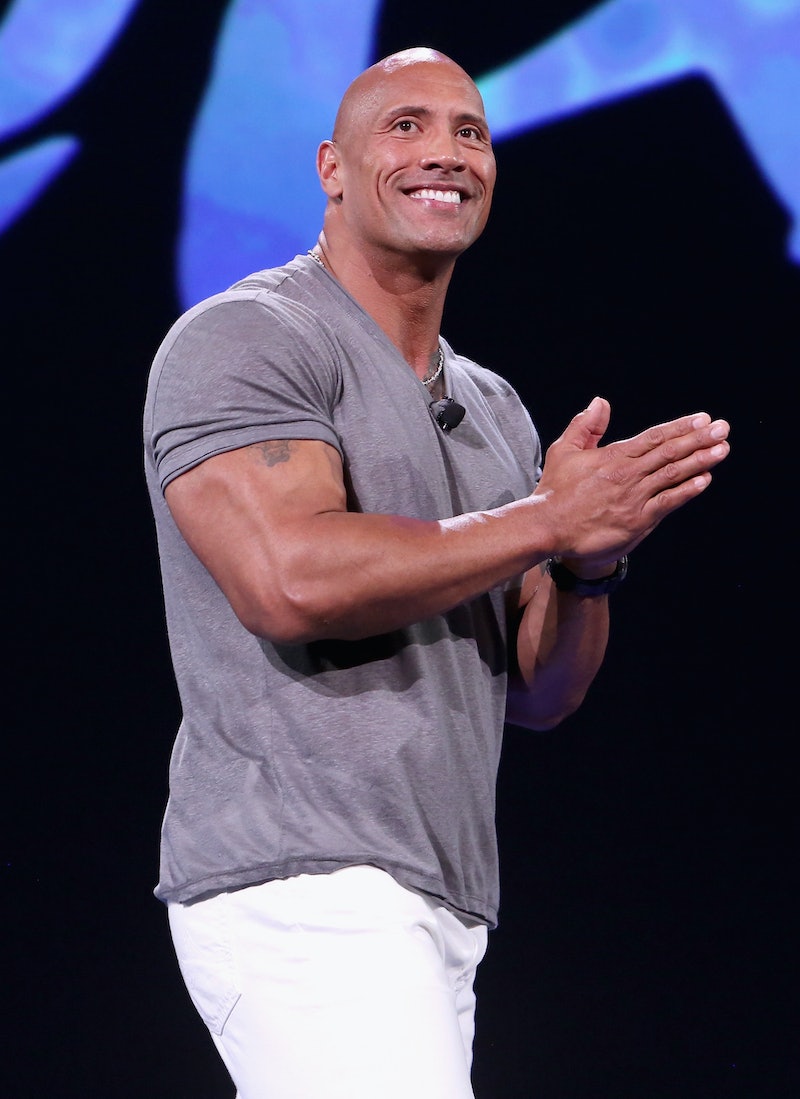 Back in October 2014, it was announced that Dwayne "The Rock" Johnson had been cast in a big screen adaptation of the classic '90s TV series, Baywatch. Frankly, it's been so long since the show's original run that all I can really remember about it is bathing suits, ladies running in bathing suits, David Hasselhoff in a bathing suit... I think you get my drift. Universal Pictures has decided the show was classic enough to warrant a movie version, however, and casting The Rock had to be the best decision ever made in movie history, because it's going to be great. Then again, the more you know about the project — which is still in development and has no release date — the more you'll probably be in my camp, which is Camp This Is Going To Be The Best Movie Ever.

It's not that I was ever a massive fan of Baywatch on TV, but nostalgia has been big for a while now, especially for the '90s, and it was so campy that the potential for sheer brilliance is pretty high, as long as they don't take it too seriously. Given The Rock's penchant for approaching everything seriously but with just the right amount of levity, I doubt there's much chance of that happening.

Here are 7 reasons the Baywatch movie is going to give us all life, because it totally will.

If you're a Zac Efron fan, chances are, you're probably a fan of seeing him without a shirt on, too. You're in luck! Given that this is a movie about the beach and the lifeguards working on it, he'll likely spend a good portion of the movie with only swim trunks on. Congrats!

The Rock Makes Everything Better

I don't necessarily even like the genre of films that The Rock makes, but I still watch them because he's in them and he's so fun to watch. He truly gives 100% to every project he does and has a great sense of humor, meaning that the camp factor I referred to earlier is likely to be there in spades.

It's hard to imagine why Baywatch would need to be R-Rated, but the fact that it is means we'll likely get much more adult humor (and adult content in general), taking it to the next level from the show we all grew up watching.

While no doubt the movie version is going to be much different than the TV show, enough of the show's original concept will be intact to make it a recognizable extension of the franchise, meaning we can all relive our childhoods when we all had serious crushes on Hobie.

There's Always Room For A Cameo

What if David Hasselhoff comes back for a cameo? How about Pamela Anderson? Something tells me both of them would be up for it, as would most of the original show's cast, and that would be a lot of fun, you have to admit.

You Can Ogle Hot Bodies

I know I mentioned Zac Efron, but likely the entire Baywatch movie will be full of delicious eye candy, regardless of genre. Obviously we have to hope the movie has an actual plot we're interested in, as well, but having something nice to look at will be appreciated, regardless.

I mean, who doesn't love summer? The Baywatch movie will likely come out in summer, but once the DVD comes out, you can watch it year 'round and feel like it's summer 24/7!