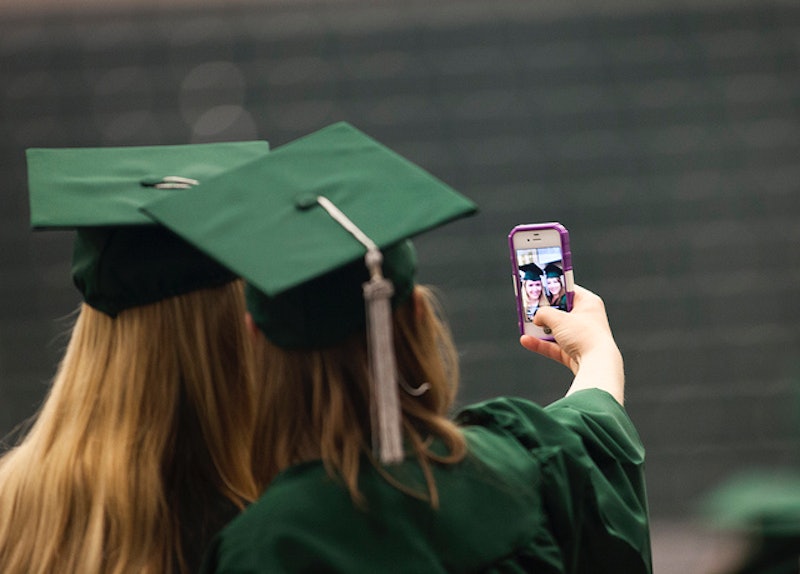 If you’ve read her hilarious books I Was Told There’d Be Cake and How Did You Get This Number, you’re probably freaking out about the October release of Sloane Crosley’s debut novel, The Clasp . I know I was. And the book does not disappoint. This woman can write award-winning non-fiction essays and funny, gripping, impossible-to-put-down fiction? The answer is: Yes. And she writes the hell out of it.

The Clasp, out October 6 from Farrar, Straus and Giroux, is about three college friends nearing the life-altering age of 30 (you know, when you start having those “What is wrong with my life?!" freak outs?) who meet up at a friend’s posh Florida wedding. Kezia works for a tyrannical, narcissistic jewelry designer, Nathaniel is struggling to make it as a hot actor/writer in Los Angeles (poor baby), and Adrien Brody lookalike Victor is struggling with, well, everything: a layoff, loneliness, being broke, a break-in. You name it. The guy is in a serious funk. They all are.

The night of the wedding, Victor hears a story about a mysterious necklace that disappeared during the Nazi occupation of France. What follows is a road trip that brings three old college friends together in the oddest of ways. It’s a book about losing your way, rediscovering your friends, and leaving your twenties behind. It reads like a mystery, but a very funny, offbeat mystery thanks to Crosley’s unmistakable voice. It’s also an homage to Guy de Maupassant's short story "The Necklace," and, as if that weren't enough, the book is pretty spot-on when it comes to college friendships.

Here are six things about college friendships that Crosley gets right in The Clasp. They’ll probably sound pretty familiar.

Everybody Sleeps With Everybody (Or Wants To)

Victor loves Kezia, but she loves (or at least lusts after) Nathaniel. And Nathaniel, being a hot L.A. actor, adores himself. And model/actresses with names like Bean. College friendships are always a little incestuous. I mean, you’re stuck together for at least four years. It’s hard not to shuffle partners here and there. Or at least think about it.

Some Friendships Aren’t Meant To Last…

You might be inseparable from freshman year through graduation, but then something changes. You drift apart, go your separate ways, and suddenly you wonder how in the world you were ever so tight. It’s sad, but it happens. The characters in The Clasp are all grapping with this, to varying degrees. I won’t say who drifts apart and who gets even closer, since that would spoil the fun. But the emotions Crosley’s characters feel about the fissures in their friendships feel all too real.

…But Some Do Last Forever, Despite The Distance

But then there are those friendships where you can go two years without seeing each other or talking, but when you are together it’s like no time has passed at all. You’ve been through so much together and the bond is unbreakable. That bond exists in The Clasp too, but it’s still complicated. Friendships are never that easy. Plus, these characters are going through some serious I’m-nearing-30 existential crises. It’s definitely not all smooth sailing, since life rarely ever is.

You’ve Seen The Best (And Worst) Of Each Other

They’ve seen you crawling home after a rough night. You’ve seen them topple over mid-keg stand. Kezia, Victor, and Nathaniel have seen each other at their lowest moments, and because of that their bond goes deep. That doesn’t mean they always love each other, but it does mean they know each other better than anyone else in the world.

If you leave home for college, your close friends become like family. They are family. You’ve spent holidays together, fought like siblings, and stood by each other’s side in the trenches. You don’t really hear much about the characters’ parents or siblings in The Clasp, which makes their friendship feel even more familial.

They Remind You Of Who You Once Were

For better or worse, your college friends remind you of who you were then, back when your biggest worry was probably passing an anthropology exam. The characters in The Clasp are all nearing 30, and their worries, desires, and worldviews are pretty different than they were back in college. “Even now, a decade later, he could remember that freshman-specific sensation,” Crosley writes early on in the book. “Like he’d know this girl for the rest of his life and like he’d never see her again. Turns out both hunches were right.”

Sloane Crosley’s The Clasp is about lifelong friendships, slouching towards adulthood, and finding something, anything, to be passionate about. In this case, that something is a mysterious necklace, hidden away in a French chateau.