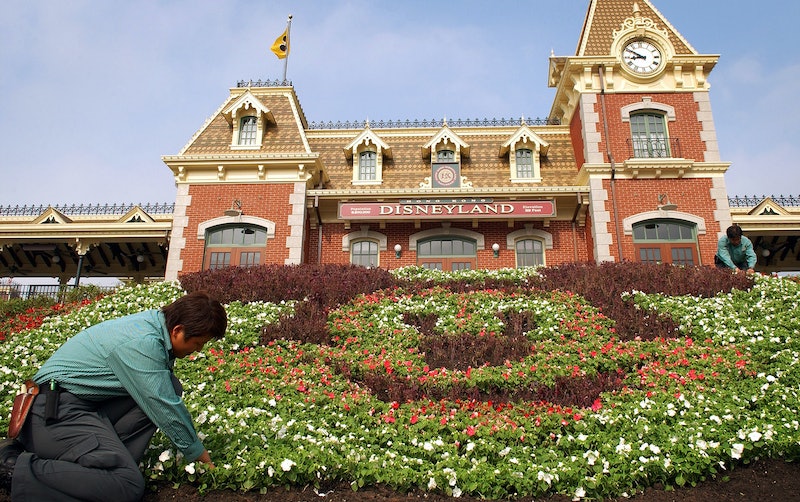 Well, this sounds pretty damn cool. According to Disney CEO Bob Iger, the venerated Disneyland and Disney World theme parks (in Anaheim, Calif., and Orlando, Fla., respectively) will be getting the biggest new additions in their histories — a Star Wars world is coming to Disneyland, and it sounds like it'll provide a hell of an experience for any fans of the iconic sci-fi/action series.

According to The Verge, Iger revealed the plans for the new Star Wars expansions at the company's annual D23 Expo, and to hear him tell it, it sounds like an enormous undertaking — 14 acres in all, dedicated to transporting you as close to the universe of Star Wars as your imagination allows.

There's already some concept art out, as well. The illustrations were shown off by Iger during the announcement, and while they doesn't really resemble any of the iconic locations we've seen in the previous films, he did verify at least a few familiar features, including the Millennium Falcon, and that inimitable Tatooine hot spot, the Mos Eisley Cantina. Suffice it to say, alongside the upcoming Star Wars: The Force Awakens, due out in December, it seems like Disney is trying to max out their investment — they purchased the rights to the Star Wars franchise from series creator George Lucas back in 2012 for a staggering $4 billion.

These plans would dramatically remake the landscape of Disneyland, which has undergone surprisingly few changes throughout the years — the addition of Mickey's Toontown in 1993 was the last time the original Anaheim park underwent a major addition. Here's how Iger announced the news, as detailed by the Orange County Register.

I am thrilled to announce the next chapter in the long and exciting history between Disney Parks and Star Wars. We are creating a jaw-dropping new world that represents our largest single themed land expansion ever.

This new Star Wars Land (if indeed that's what it ends up being called) would join Adventureland, Tomorrowland, Frontierland, Fantasyland, Main Street USA, Critter Country, New Orleans Square, and the aforementioned Toontown in comprising the sum total of Disneyland. It's a major upgrade from how the park repped the Star Wars series before — it used to only be the Star Tours ride.

There's no word yet as to when the new attraction might be completed, although considering the size and scope, you'd have to think it might take a while. But just knowing it's in the works is cause enough for a little excitement — hanging out on the Millennium Falcon sounds hard to beat.