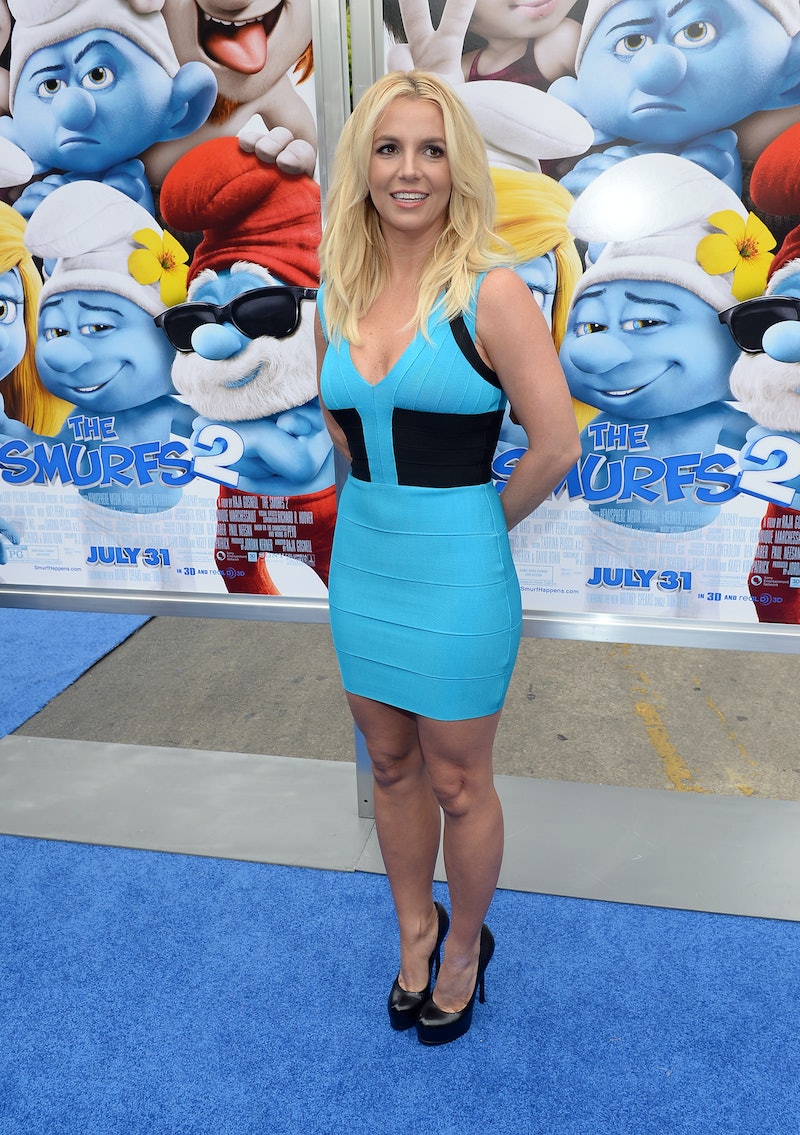 Britney Spears has still got it going on. She's performing her hits nightly at the Axis in Planet Hollywood as part of her Las Vegas residency show, and even at age 33, she's got the moves — yoga moves, that is. Spears showed off a challenging yoga pose in an Instagram snap on Sunday, which shows her doing a handstand, but it's not the first amazing physical feat the pop star has conquered. Spears has been totally into yoga lately, but she's also showed off some challenging dance choreography and more.

As she told Shape magazine in 2013, Spears' daily regiment now includes yoga for 60 to 90 minutes twice a week, doing poses such as Boat, Crescent Lunge, Warrior II, Bow, and Camel. “Sometimes we focus on the core or relaxation, but other times I just kick her butt!” her yogi Elizabeth I., owner EQI Yoga Studio in Los Angeles, told the mag. It looks like Spears has definitely kept up her practice in Las Vegas.

In addition to yoga, Spears has long been known for her physical prowess, whether it be dancing with a snake, showing off awesome abs, or just being her cool self. Check out some other awesome physical feats of strength Britney's been showing us all these years.

This Handstand (Against A Wall)

Take it from a failed yogi (me) — any of the upside down stuff is hard. It takes a lot of balance, guts, and practice.

This Handstand (Against A Tree)

Who needs a wall when you've got a tree?

Riding Motor Cross With Her Soon

Check out those wheels.

Whoa! Now this takes flexibility. It may look easy, but it's definitely not.

Looking back, this was so risky! And Brit holds onto that snake for a long time.

Catching 'Em During When They (Trust) Fall

Showing Off Her Abs

"I'm like Dumb And Dumber!" she shouts in the video, referring to the characters in the movie who ride a scooter.

This Dance Pose From Vegas

No matter what, Britney's always got the moves.