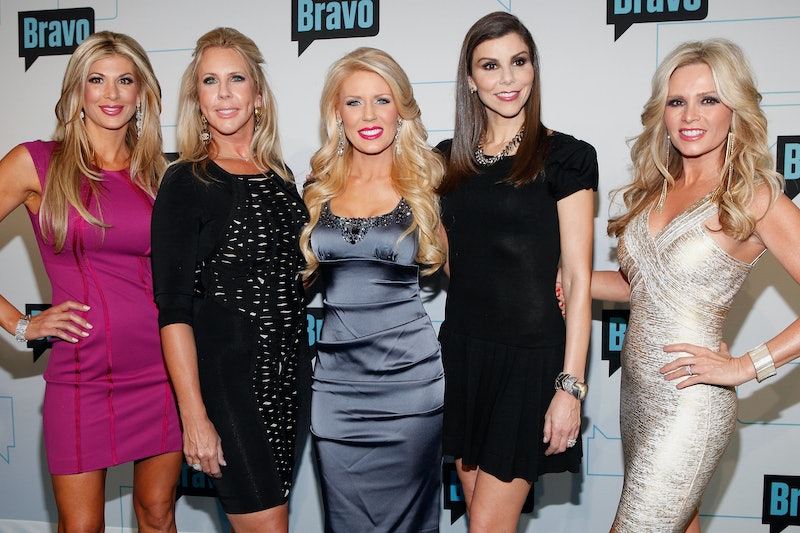 You watch the Real Housewives for one reason and one reason only: mad drama. There is no way to feel better about your life than watching a bunch of middle-aged women scream at each other over the most trivial things as they reaffirm the old adage that money doesn't necessarily buy happiness. Sometimes, however, the dramatic happenings on Real Housewives are actually pretty shocking and there isn't a better franchise for drama than Real Housewives of Orange County. In the current season of RHOC, the latest drama is the accusations that Brooks doesn't really have cancer.

That is quite the serious claim to make and I'm not sure exactly how this will pan out. Based on the previews, it looks as if the rumor about Brooks faking cancer stemmed from a psychic (as all reputable rumors do) and is circulated through the group via Meghan King Edmonds, who should be suiting up in her battle armor, as she's about to incur the wrath of Vicki Gunvalson. Cancer is a big thing to lie about and I refuse to believe that Brooks is faking it unless it is proven beyond a reasonable doubt. If nothing else, though, this promises to be quite the rollercoaster of drama and emotions.

In the nine seasons of Real Housewives of Orange County thus far, there has been more than a fair share of rumors, gossip, and mind-blowing drama. Secrets were spilled, confessions were made, and war was waged as these women's deepest secrets were revealed to the world. Check out these 8 shocking RHOC revelations that rocked your world.

So often the drama that goes down on RHOC is, when it all comes down to it, pretty stupid. The news of Vicki's mother's death was one of the realest moments of the franchise. Seeing Vicki's devastation was utterly heartbreaking.

This one was in the works for a while and it was finally confirmed by Shannon herself at the start of Season 9. The affair has been a point of contention between Shannon and David (and, indeed, the rest of the cast) all season. David and Shannon aren't afraid to truly bear it all and be a little too real.

Vicki's daughter, Briana, has inherited her mom's tendency to tell it like it is and this was never more clear than at the RHOC reunion where Briana confronted Brooks about an incident in which Brooks supposedly told Briana's husband to hit her to get her to 'stay in line.' Yiiiiikes.

This wasn't so much a secret or revelation as it was simply a jaw-dropping moments that will live on in Housewives infamy forever. 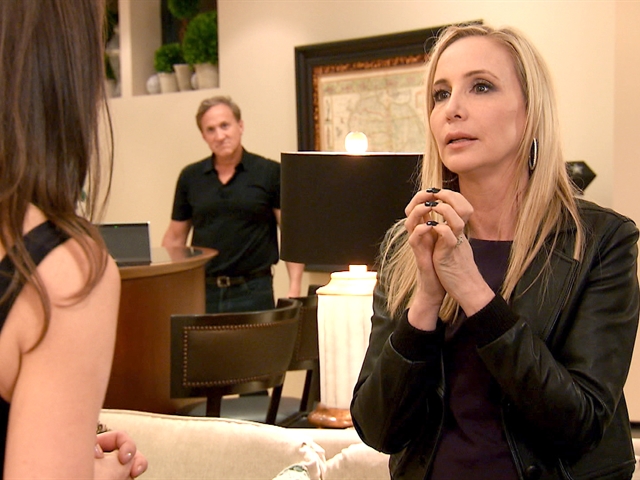 To be fair, Tamra didn't do this out of malicious intent but she did, however, tell Heather some things that Shannon told her in confidence and Shannon was, needless to say, not happy. The incident ultimately led to this super awkward moment between Heather and Shannon.

The 'Take The Beadors Down' Incident

I'm still not sure whether this rumor was founded in truth or not but when the news got out that Terry Dubrow supposedly said something about 'taking the Beadors down,' Shannon lost it in one of the greatest Housewives meltdowns since Kelly Bensimmon's breakdown on 'Scary Island.'

When Tamra Insinuated That Gretchen Cheated On Her Dying Fiancee

Gretchen was not happy when Tamra suggested that Gretchen cheated on her former fiancee, Jeff, while he was gravely ill. Chaos insued.