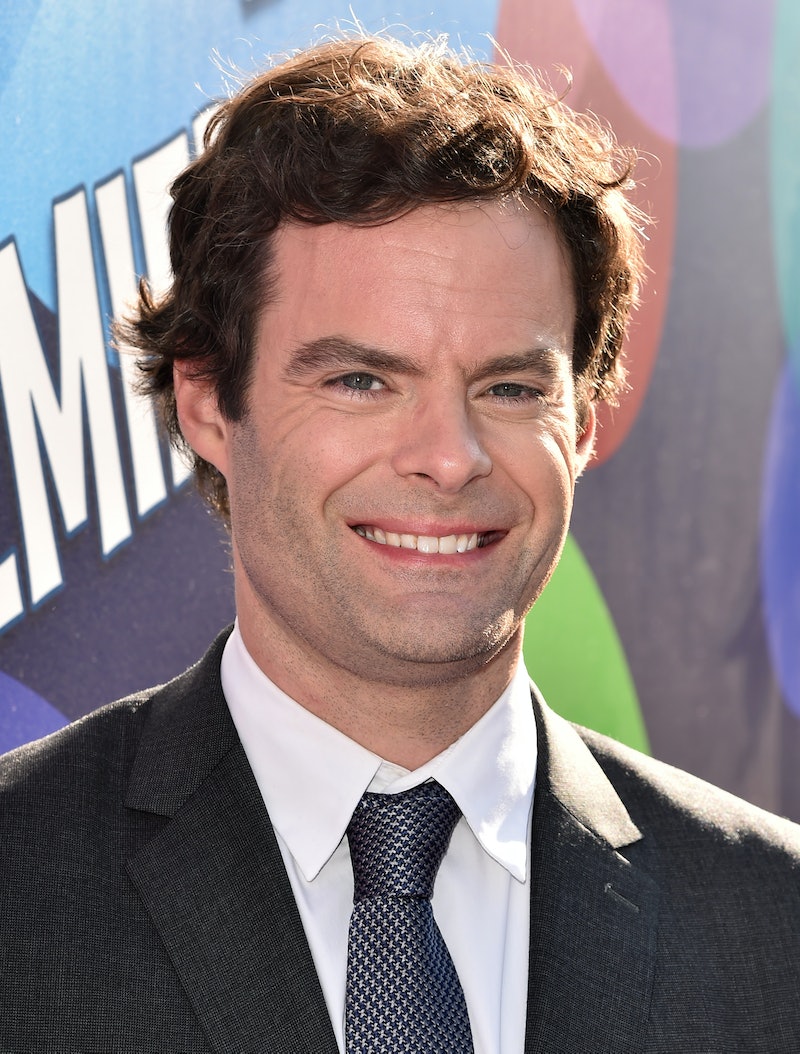 Is there really such a thing as too much Bill Hader? The answer to that question is simple: absolutely not. And it seems as though the entertainment industry whole-heartedly agrees. Not only has the actor starred in in not one, but two of the biggest blockbuster films of the summer (Inside Out and Trainwreck), but now fans can also look forward to seeing the Saturday Night Live! alum return to the small screen later this fall. As I'm sure most of you have already heard at this point, Bill Hader will be joining the Brooklyn Nine-Nine team when Season 3 debuts, where he'll serve as a replacement for Captain Holt, who's been reassigned to a PR position. Sounds pretty amazing, right? I mean, it doesn't get much better than an Andy Samberg and Bill Hader reunion. But just like so many great things, this arrangement doesn't sound like it will last for very long.

According to his IMDB page, it seems as though Hader will appear on Brooklyn Nine-Nine for the premiere episode only and not continue on in a recurring capacity throughout the remainder of the third season. Of course, I know better than to rely solely on IMDB for all of my information. But every site that I've come across — like TVLine, for example — appears to be under the same impression. As of now, Hader's guest-starring stint is just for one episode. Nothing more, nothing less.

However, that doesn't mean the answer can't eventually change over time. Like I said, Hader has been extremely busy these days partaking in numerous projects, so his workload may not permit a longer stay at the FOX series… at least for now. But if his role proves to be a big hit — and let's face facts, it definitely will — Hader might be persuaded to rearrange his schedule and make some free time to appear at the precinct in a fuller capacity. After all, unless his position as captain gets taken away almost immediately, it'll be hard not to have the series showcase its authority figure from time to time. (Just think of how often we saw Captain Holt.) So the decision ultimately lies between Hader and the Brooklyn Nine-Nine writers.

Another factor that definitely works in our favor is that Hader has a fully established friendship with the show's main star. I have a feeling Samberg can be pretty persuasive when he wants to be, so if he asks his old SNL buddy to come back on the show, I'm sure Hader will occasionally agree to his request. The role is just too perfect for him to pass up. So even if it looks like he's just in for a one-and-done episode, take comfort in knowing that the decision is not necessarily permanent and could be just as easily remedied somewhere down the line.

It may not be an every week occurrence, but I think we can all agree that any amount of Bill Hader is better than no Bill Hader at all.