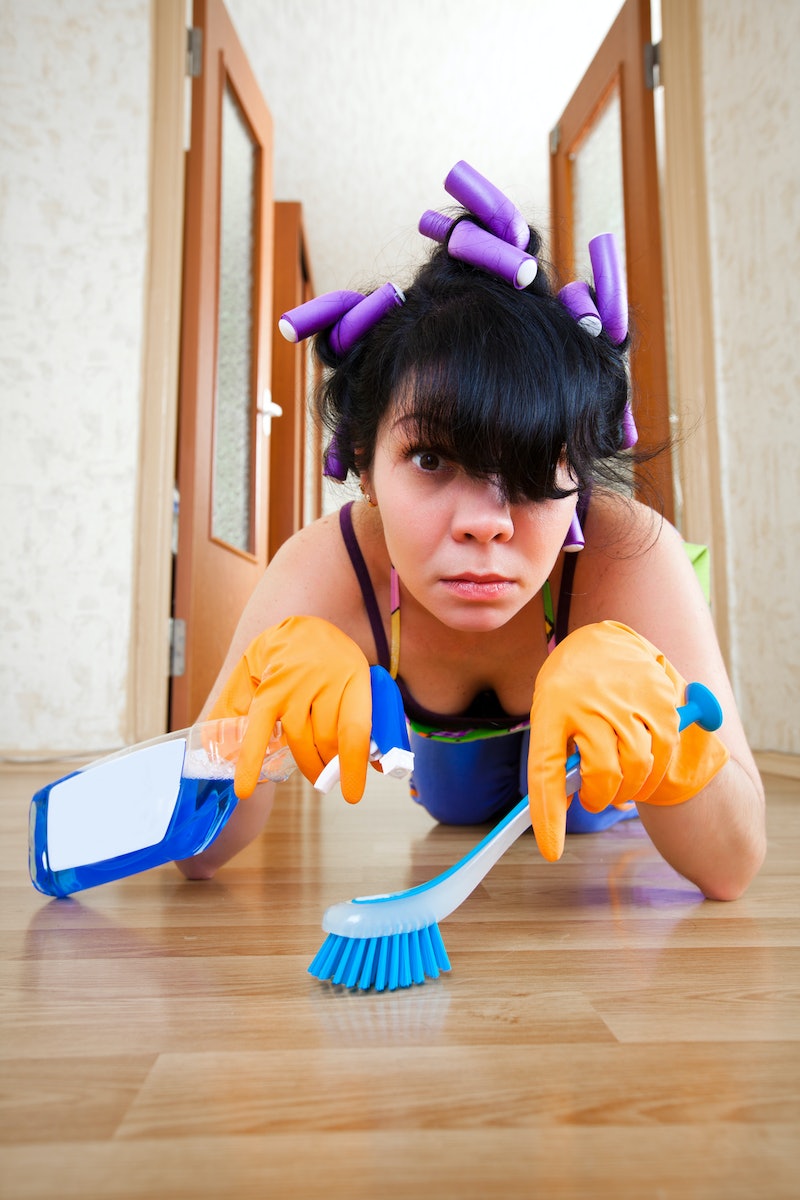 On Tuesday, Fox News (or as we like to think of them, the Republican Party’s public relations department) took a break from explicitly defending the GOP to talk about patriarchy ... and women’s inherent dependence on men. Fox News's interview with Suzanne Venker, of the group Women For Men, was a real forehead slapper. It is also worth taking a closer look at.

Venker argued on Fox that, to quote the headline of her recent opinion piece, “women still need husbands.” Her fundamental argument is that women should make themselves dependent on men in order to have more free time — in other words, that women shouldn’t expect, nor want, to be equals in their relationships (at least, in their relationships with men; she omits all non-heterosexual women from the discussion, shockingly).

And yet Venker’s commitment to her own premise is shaky: most of the time, she mounted an explicit, full-throated defense of 1950s-era gender roles; at other points, she softened, and danced around her point. It seemed, at times, as if suddenly realized that the argument she was making is awful, and worth backing away from. But then, she would circle back to the same sexist arguments. Take a look for yourself.

Let’s look at her opening statement, as it more or less encapsulates both the thrust of her argument and why it’s self-defeating:

There’s more to life outside of work, and I think that’s something that we don’t hear a lot about. Because women, especially, are geared towards career, career, career, work, work, work And they spend years preparing for this one part of their lives, and it often takes some years and some maturity and moving on before you realize that, “Hmmm, I think there’s more to life besides work.

Let’s take this point by point: First, Venker addresses the problems of a culture that values careerism above all else. Although Venker presents it as a novel insight, I imagine most people — myself included — would agree. Your job shouldn’t be the end-all, be-all of your existence. Right?

But the idea that dogged careerism is pushed disproportionately on women — as opposed to being a garden-variety American value pushed on everybody in the country — suggests some blindness to recent history. It wasn’t until recently, after all, that pursuing a career was even acknowledged as a possible choice for women, let alone presented as the best choice. The fact that women now perceive that they have options other than serving their husbands is a good thing, and the suggestion that men don’t face that pressure would come as a surprise to, well, most American men.

But then she continues, and hits upon her real argument:

And of course, for most people, that includes getting married and having a family, and, you know. Running a home, and having friendships, and exercise, and chopping, and all kinds of things that women want to do that are going to feel strapped that they can’t do if they’re working full-time year-round.

There's her central point: That if you're a woman, and you want to pursue a life that’s not career-centric, you must also want to get married (to a man, of course), and become a housewife. But note how she qualifies and hedges on this point, in two important ways:

It might sound like I’m nitpicking, but these nuances reveal how devious this line of persuasion is. Essentially, Venker is using a bait-and-switch. She opens with the very non-controversial claim that there’s more to life than a career, and then quickly pivots to the assertion that women should, therefore, be dependent on men —as if that’s the logical conclusion of her original point.

In a companion column on Fox's website, Venker literally denies that these men even exist. “Unlike women," she writes, "a man’s identity is inextricably linked to his paycheck.” The end.

As anyone who’s met more than two or three men in their lives can testify, this is patent nonsense. For millions of male artists, humanitarians, scientists, public servants, the only advice Venker really has is to suck it — and take care of your woman. And what about women who genuinely value their careers over snagging a husband?

The point here, of course, isn’t that men need more encouragement to rebel against careerism, or that women can't be housewives if that's what they want. It’s that everybody — men, women, and everyone in between — should be free to decide how to live their lives without people like Venker prescribing one-size-fits-all lifestyles. Some women do want to get married, start a family, and become housewives. That's great. Others don’t, and that's equally great. No one should be pushed into any life choice, be it marriage, vocation, or ... anything.

Let’s not mistake this interview for what it really is: a call for women to find a man, get married, and become financially dependent on them.

More like this
How To Fight For Reproductive Rights, Based On How Much Time You Have
By Courtney Young
Sandra Bullock, Girlboss Extraordinaire
By Matt Harkins & Viviana Olen
The 'Hocus Pocus' Sequel Finally Has A Release Date & It Makes Total Sense
By Shannon Barbour and Radhika Menon
Starbucks' Summer Menu Includes A New Chocolate Cream Cold Brew
By Emma Garza
Get Even More From Bustle — Sign Up For The Newsletter