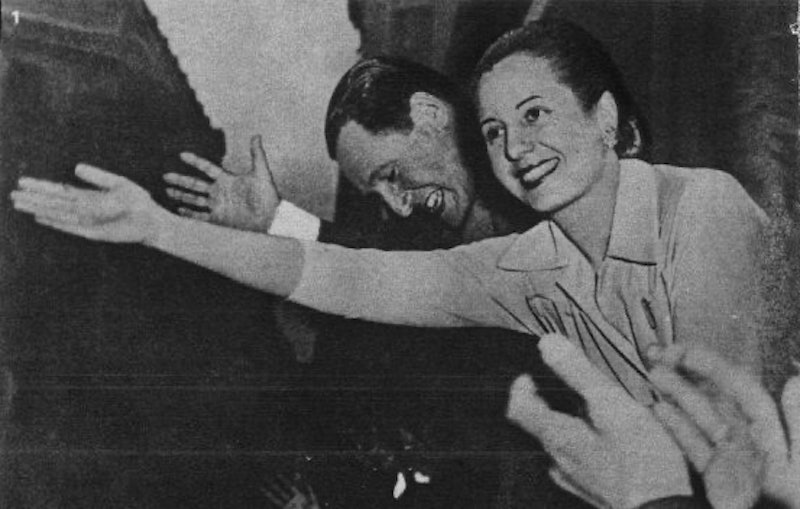 Marriage is a risky business. Throughout history, the bond of marriage has been used to unite fortunes, establish political alliances, and seal social statuses. In modern times, sociologists marvel that people still bother to marry at all, given the discouragingly high likelihood of divorce and the legal protections afforded to cohabiting couples. Still, the reasons that people continue to enter the bonds of marriage are as varied as the couples themselves. Marriage is, by definition, a changer of fortunes. But for a handful of couples in history, the decision to marry shifted not only their own families' lives, but the lives of thousands — even millions — of people that followed. Indeed, some marriages have actually changed the course of history.

Some of these love stories you've heard before. When it comes to history, we love to tell exciting stories of romance and rebellion. We love to swoon over couples who defied social standards for true love. But, for the couples whose stories we've listed here, who they loved had deeper political, economic, and social ramifications than anyone at the time could have foreseen. You may not have realized it before, but these seven couples will show that there have been several times where the decision to marry — or which person to marry — actually altered the course of history.

Mildred Jeter was 11 years old when she met Richard Loving, a 17-year-old white high school student, in Central Point, Virginia. The two began dating in secret and, by the time she was 18, they were expecting their first baby. Because of Virginia's strict laws against interracial marriage, the couple traveled to Washington to marry in the summer of 1958. A few weeks later, their house in Central Point, Virginia, was raided when local police found out about their union. The couple pleaded guilty and were each sentenced to a year in jail. The judge agreed to suspend the sentence if the Lovings agreed to leave the state and not return together for 25 years. They agreed and moved to Washington. From there, the Lovings sought help from the American Civil Liberties Union to fight the Virginia law. On June 12, 1967, the Supreme Court sided with the Lovings and struck down the law, allowing the couple to return home to Virginia.

Anne Boleyn is one of many women who changed the course of history. She is remembered as the cause of Henry VIII's divorce from his wife of more than 20 years, Catherine of Aragon, though some historians have come to believe that the Tudor monarch's plans to leave his wife started long before he met Boleyn and were rooted in the King's need to produce a male heir. Still, Henry VIII's desire to marry Boleyn was a key factor in another historic break: the decision to separate from the Catholic church and establish the Church of England. Henry petitioned Rome for an annulment from Catherine and permission to marry Boleyn, even though the Catholic church took a strict stance against divorce. The pope naturally refused, sparking a chain of events that led Henry in 1533 to break with the Catholic church and declare himself the head of a new Protestant Church of England.

You might know that Prince Edward VIII abdicated his throne for Wallis Simpson, an American socialite and divorcee. The two met in the early 1930s, after Wallace's first divorce and just before Prince Edward became King of England. She became his mistress, according to historians, even though she was not yet divorced from her second husband, shipping magnate Ernest Simpson. The Church of England wouldn't allow the marriage, nor would Edward's advisers or the English people. Still, Edward was determined to marry Simpson and chose to abdicate the throne. Until recently, most of history focused on the romantic part of the story. In truth, Edward's marriage to Simpson might have side-stepped an alliance that would have changed the outcome of World War II. A recently-authorized biography of the would-be ruler revealed that the Prince of Wales had a close alliance to the Nazis and was key to a plot by Hitler to invade England and establish a puppet regime with Edward on the throne.

Evita and Juan Perón could easily vie for the tile of history's greatest power couple. Eva grew up poor in Los Toldos, Argentina, and built a career as a vaudeville actress and singer. In 1945, she married Argentine President Juan Perón and used her position as first lady to fight for voting rights for women and better conditions for the poor. Evita is remembered as one of the most active first ladies in history, a distinction she sealed when she was asked to join her husband's election bid as vice president. Her husband's opponents blocked her candidacy, fearing that the outspoken Evita Perón would become president herself.

The Curie women had a knack for marrying men who — like themselves — would boost the world's scientific knowledge and understanding. The long partnership of Marie and Pierre Curie produced discoveries in physics and chemistry that were the basis of modern X-ray technology. The Curies shared the 1903 Nobel Prize in physics for their discovery of radioactivity. After Pierre's death, Curie went on to continue the work the couple had started together, earning a second Nobel Prize and establishing a radium research institute in Warsaw, Poland. Their daughter, Irène Joliot-Curie, followed in her parents' footsteps and shared the 1935 Nobel Prize for Chemistry with her husband Frédéric for their discovery of artificial radioactive activity.

Tsarina Alexandra, wife of Tsar Nicholas II, was supposed to marry another man. The granddaughter of England's Queen Victoria, Alexandra rejected an arranged marriage to her cousin when she fell in love with the heir to the Russian throne. The marriage produce four daughters and a single male heir, Alexei. Alix, as the Russian queen was called, carried the gene for hemophilia and passed it on to the couple's son. The couple's popularity in Russia dwindled, as conditions ripened for revolution. When Nicholas fought in World War I, Alexandra managed affairs at home with the help of faith healer Grigori Rasputin. Rumors swirled that Alexandra was sympathetic to Germany, and bred resentment against the rulers that led the country into a full civil war. Alexandra and her children were executed by the Bolsheviks on July 17, 1918.

James Obergefell and John Arthur fell in love at a time when U.S. laws surrounding gay marriage were unclear and varied. When the Supreme Court struck down the Defense of Marriage Act in 2013, the Ohio couple decided to go ahead and get married, even though Arthur was, by then, very ill with amyotrophic lateral sclerosis (ALS). Obergefell and Arthur had a small ceremony in Maryland, where same-sex marriage had been declared legal, and returned home. Arthur died three months later. Following Arthur's death, Obergefell petitioned to have his name listed as Arthur's husband on his death certificate. That seemingly simple act, led to a June's landmark Supreme Court decision that declared bans on gay marriage to be unconstitutional in the United States.

The decision to marry, by definition, changes the lives of the couples involved. But, as the stories of these seven couples prove, sometimes who we love — or even, who we don't love — can have an impact that ripples far past our own hearts.

More like this
5 Ways To Stand In Solidarity With Women In America From The UK
By Sophie McEvoy
How To Fight For Reproductive Rights, Based On How Much Time You Have
By Courtney Young
Boris Johnson’s Leadership Is In Question – Again
By Bustle UK
Kendall Jenner & Devin Booker Reportedly Broke Up After 2 Years Of Dating
By Jordyn Tilchen
Get Even More From Bustle — Sign Up For The Newsletter