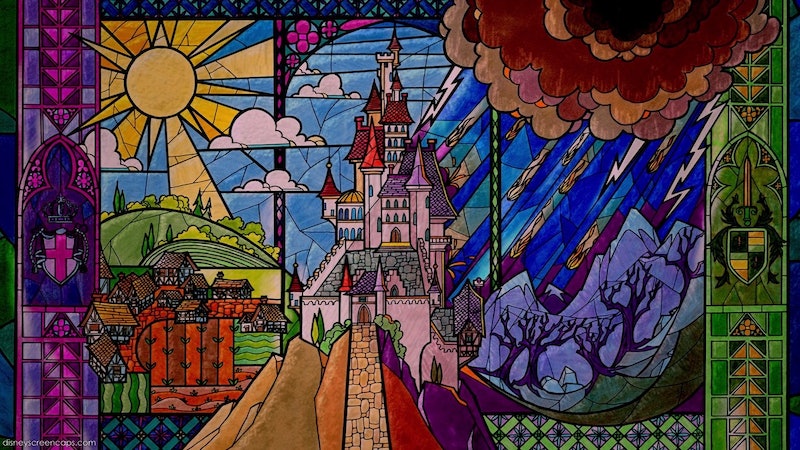 Disney princess films are pretty extravagant. From the epic love stories to the sparkly ball gowns, these princesses pretty much have it made. In a world of fantasy and make believe, everything in these stories is over the top, but you know what is even better than the shoes they slip their feet into before the ball? The places they lay their head down at night. I'm talking about ranking the Disney princess castles, because who wouldn't want to stay in an iconic palace?

When I was younger, I dreamed of being a Disney princess and living in a fantastic palace far, far away. In fact, I'm pretty sure most of us had that same dream. Now that I'm older, I know that dream isn't realistic, but I still wish I could live like a princess. Each Disney princess castle is unique in its own way, from its structure to its realm. And, with so many to choose from, it can be hard to decide on just one to visit (you know, if that was actually possible).

So I'm breaking it down, so you don't have to. If you are searching for the best palace in all the land to visit or live in, look no further. Here is the definitive ranking of the Disney princess castles.

While Rapunzel's home looks beautiful from the outside, not much is known about the inside of the castle. Sure, being housed in the middle of an island would give you major Hogwarts feels, but it would also get really annoying using a boat to get everywhere.

Don't get me wrong. King Stefan's Castle (better known as Aurora's castle) looks like an amazing place to stay — it's just a little spooky. With a fantastic ballroom and secret entrances, you could surely have a lot of fun exploring. Just make sure that you don't prick your finger on any hidden spindles.

If earthy and rustic is your thing, you have to try out Princess Merida's castle in Scotland. It may not be as pristine as the traditional Disney princess castles, but it is certainly built on a lot of history. Besides, you might get free archery lessons while you're over there.

Try out this nice beach home curtesy of the little mermaid herself. While entry may be a little difficult what with all the mountainous regions surrounding it, you can soak your troubles away in the huge marble bath tub. Each room also comes with a complimentary dinglehopper.

5. The Sultan's Palace From Aladdin

If you're looking for a swanky place to vacay, look no further than Jasmine's palace. While it may get a little hot in the summer, you can always cool off with a magic carpet ride. Prince Ali Baba as your tour guide is optional (and unlikely, if Jasmine has her say).

4. The Queen's Castle From Snow White and the Seven Dwarves

This palace is certainly fit for a queen. Not only are the elaborate decorations in this castle the fairest of them all, but there is just something magical about all the hidden rooms and walls. It will definitely steal your heart away.

Do you want to build a snowman? This castle is the perfect getaway for the holidays. You might get snowed in if Elsa loses her cool, but I hear Anna makes the best hot chocolate. Don't miss Olaf's stand up comedy routine in the Great Hall after dinner.

2. Beast's Castle From Beauty and the Beast

With 60 rooms and two wings, this castle certainly has plenty room for guests. Not only will you get lost in the massive library, but the major dining room has a special dinner and show every Tuesday night. Be sure to try the gray stuff — it's delicious!

As the most iconic Disney castle, it is only fitting that the number one spot goes to Miss Cinderella. Not only will you have fun reenacting the iconic moment Cinderella lost her shoe on the magnificent staircase, but I also hear the ballroom throws some major parties.

Seriously, where can I book my reservation to these amazing castles and palaces? Disney, you need to get on this and make all of my childhood dreams come true.