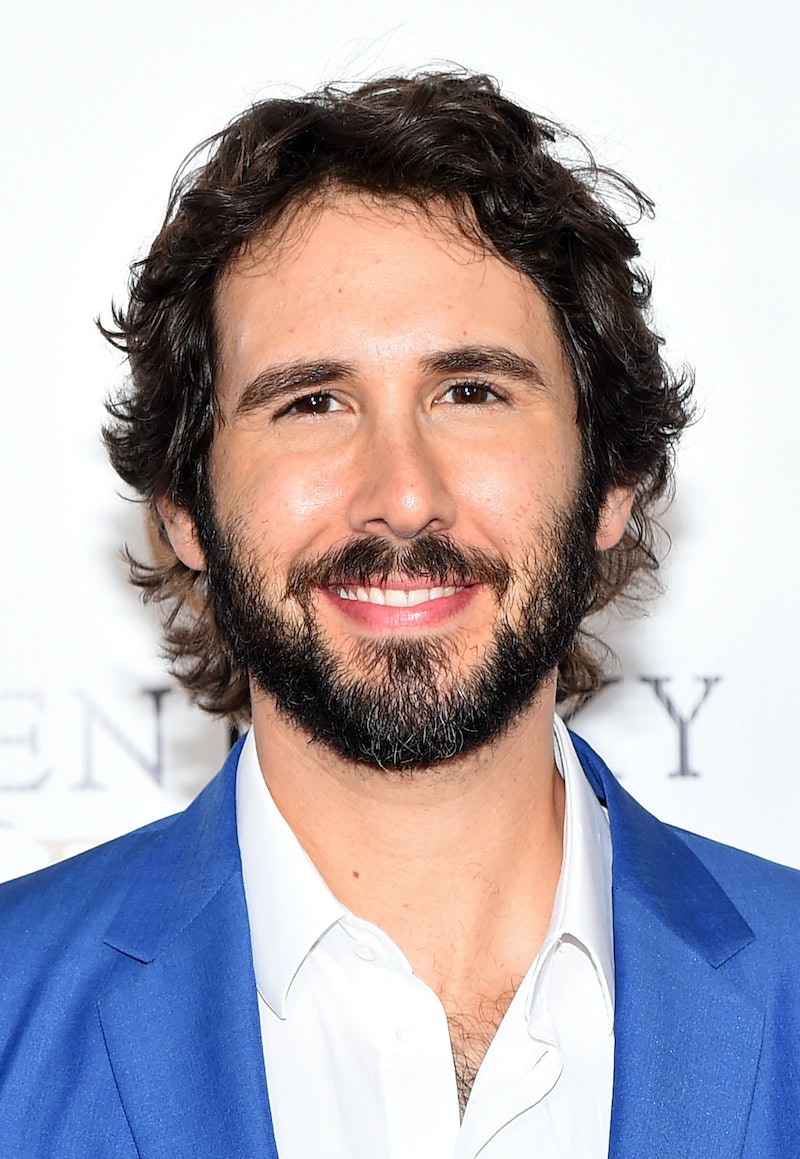 Sometimes it takes something silly to get, well, serious. Case in point, Jimmy Kimmel enlisted Josh Groban to sing Donald Trump's tweets on his show. A decidedly ridiculous task to tackle because, no matter who the person of interest is, the act of singing a tweet is a kind of absurd. But when you add in a presidential hopeful like Trump's own personal brand of wackiness, it becomes all the more hilarious — and also a little bit concerning. It probably shouldn't take Groban hitting the high notes to Trump's Twitter lashings to realize this, but, hey, now we have an operatic take on some weird tweets to really drive the point home.

If The Donald wants to be the commander-in-chief, he should probably tone down the intensity level. Or, at the very least, learn how to subtweet. Come on, man. There is some merit in being discreet. But, then again, we would have never been blessed with Groban turning two tweets about Macy's into a melodic masterpiece if he had. Being an objective person in a situation like this is hard.

Moral of the story? Think before you tweet. Or else someone from late night TV will have an accomplished musician make an "album" out of your words.

Here are some other Trump tweets Groban probably should have sung, for the sake of clarity... and comedy:

In Trump's opinion, the debater most likely to have a temper tantrum.

Or, This Similarly Insulting Ditty About Carly Fiorina

I mean, if you say so. Or sing so. Or whatever.

I think we can all agree that Kelly is the Drake of this scenario.

These Impassioned Tracks About Penn Jillette

It was obviously a very painful break up.

This Eminem-esque, "Without Me" Shot At Fox News

"They tried to shut me down on MTV, but it feels so empty without me..."

And, Clearly, When He Did His Own Version Of Nicki Minaj & Beyonce's "Feeling Myself"

He's definitely "feeling" himself. That's for sure.

Perhaps we should have Groban sing all of the presidential hopeful's tweets. For, as the kids would say, science (and greater political transparency). Just a thought.