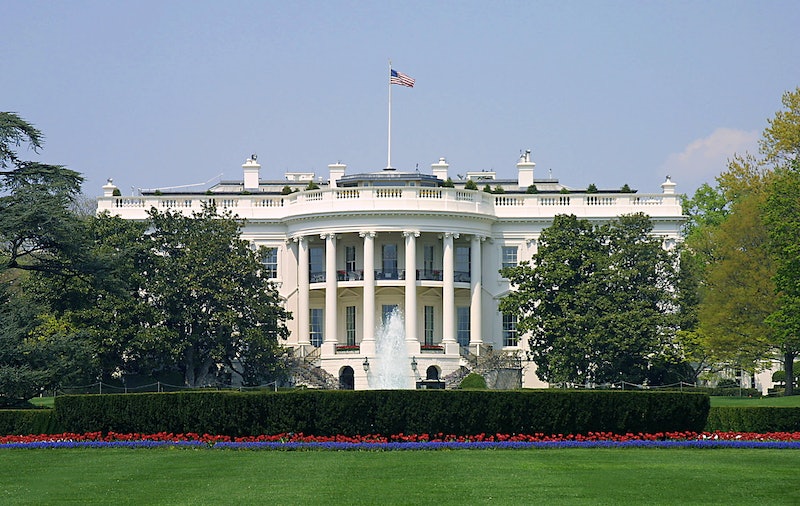 You can mark down Tuesday, Aug. 18 as a banner day for LGBT acceptance an achievement in America, specifically the T part of the acronym — the White House's first openly transgender official, Raffi Freedman-Gurspan, began her tenure as director of outreach and recruitment today, as detailed by The Wall Street Journal. It's in every respect a groundbreaking personnel move by the Obama administration — Freedman-Gurspan is the first openly transgender person to work for a presidential administration, well, ever. In a statement to The Advocate, top Obama aide Valerie Jarrett lauded her hiring as follows.

Freedman-Gurspan has a wealth of experience from her last job that could be pretty valuable to have kicking around the White House, as she previously served as a policy adviser on racial and economic justice for the National Center for Transgender Equality. It's just the latest step by the Obama administration to try to bring trans rights to the foreground. Whatever else you think of President Obama's tenure in Washington, this much is clear: in rhetoric and in action, this has been the most LGBT-friendly administration in U.S. history, and it's nice to see that the advocacy isn't slowing down, even as his second term winds to a close.

Freedman-Gurspan hasn't been afraid to criticize the government in the past, and that's no surprise. Being a vocal advocate for transgender rights pretty unavoidably leads to conflict, at least when you live in a society that so often demeans the humanity of trans people.

Back in June, she spoke out against Immigration and Customs Enforcement (ICE)'s detention of undocumented transgender immigrants, who are much more likely to suffer violence and/or sexual assault than their cisgender peers. While she was cautiously pleased that ICE was planning to start to housing transgender detainees by their gender identities, rather than forcing them to stay with their birth sex population, Freedman-Gurspan displayed a guarded, wait-and-see mentality. Here's what she told the AP:

This is all interesting on paper, to say the least, but we need to see how this actually plays out. We don't think these folks should be in detention centers, period.

In other words, the White House clearly has a strong advocate for trans rights in the fold, now, as well as somebody who's got a particular understanding of intersectionality — while all transgender men and women are marginalized by society, you don't get much less powerful and more vulnerable than a trans person who's also an undocumented immigrant being detained by a government agency. Hopefully, with just over a year left in the Obama administration, Freedman-Gurspan's passion for these sorts of issues will continue in full force.