This "feud" between two of the most regal and ~royal~ women of Real Housewives of New York has been going on since Season 5, but this season was by far the ugliest. Carole and Luann have been feuding on RHONY over small things and big things for years — my personal favorite is the Season 5 designer dress fiasco when Carole kindly reminded Luann she was not at the same status as Michelle Obama to request a designer's dress — but when things turned to love and children during Season 7, it became obvious that these two women were not going to make up soon.

Throughout the season, Luann and Carole have been fighting on and off screen. Twitter has become the new bathroom wall graffiti, it's kind of a "come up with your best jab in a limited amount of space for all to read while they're sitting on the toilet" thing. Personally, Carole has taken the crown — she's a "writer girl" (courtesy of Aviva), remember? And while Carole might not have written any drafts of her new book during the season, she has been busy writing what she really thinks about Luann.

The same goes for the Countess and international pop superstar (in my eyes, OK?). Luann has spoken at length about what she thinks of Carole and where their friendship stands. Spoiler alert: It's standing just as well as Sonja was during Ramona's birthday in Atlantic City.

So will Carole and Luann still be fighting at the Season 7 reunion? You betcha, unless some angel in Heaven — ruled by the Andy Cohen sun god Lady Gaga featured in her "G.U.Y" music video — has come down and graced us with peace on Earth. Let's look at a timeline of the two women's feud to see how we got to this point in our lives, shall we?

She throws shade at Countess Luann before throwing shade was even a thing. Countess Luann wanted to wear a designer that Carole was friends with, but Carole wasn't comfortable with that. Carole reminded Luann that she is not Michelle Obama — who wears this designer frequently — she can't just ask him to loan her a dress. It's talked about at length at the reunion, but overall, the two seem to argue and then move on.

Adam, Luann's niece's ex-boyfriend, is the chef that Luann had at her Hamptons house, remember? He and Carole hit it off really quickly, and have been dating since. Mazel, right? Not if you're Luann who has had a lot to say about the situation since Day 1 (see above).

The unforgivable moment that shook Turks & Caicos to the core. In an attempt to learn why A NAKED MAN was in Bethenny's bedroom when Heather awoke from her slumber, Heather and Carole run into Luann's bedroom — WHERE SHE COULD HAVE HAD A MAN — only to find a groggy Countess getting her hair braided by little singing birds. Oh, wait. Wrong fairytale. 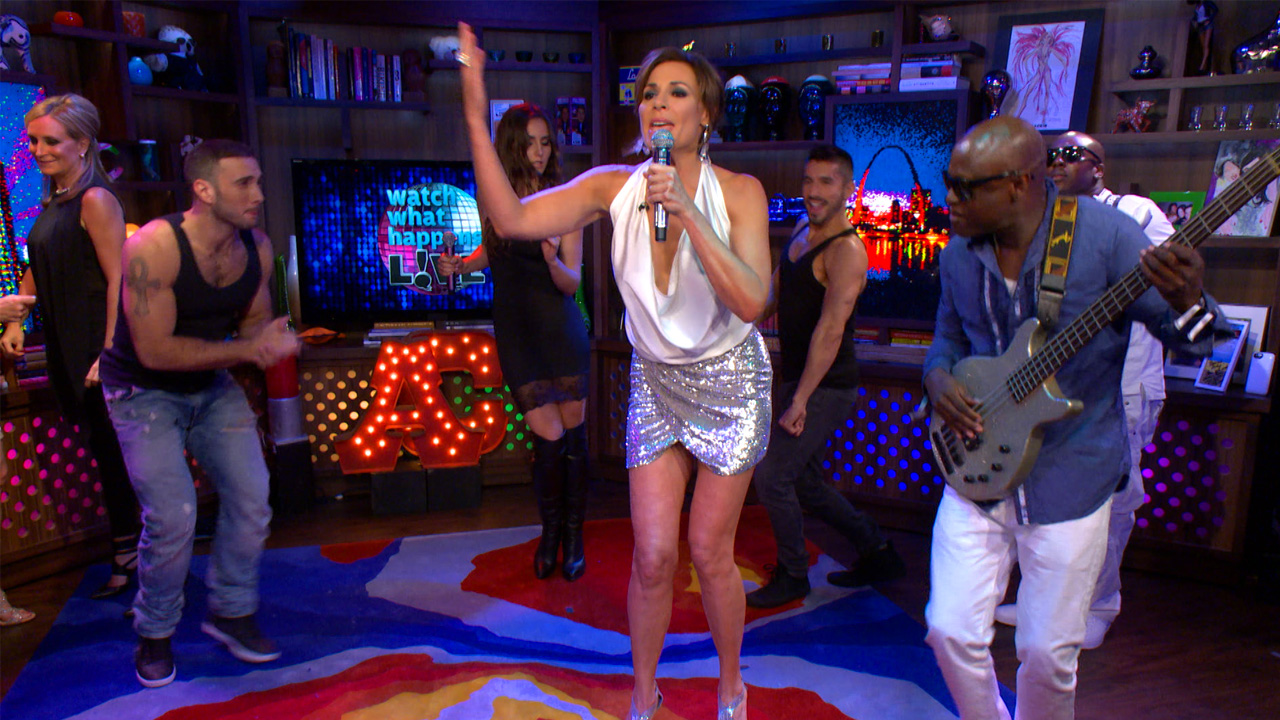 In a comeback only a Countess could come up with, Luann writes a song about breaking girl code. Heavily aimed at Carole, no?

Luann Insults Carole About Not Having Kids

Clearly money can't buy you class, because this comment by Luann was so not classy. In an attempt to "sting" Carole, Luann reminds Carole that she doesn't have children. Ouch.

Luann took to her Bravo blog to explain herself and had this to say about her relationship with Carole:

I’m sorry that the line about children came out of my mouth; I wasn’t trying to be hurtful to Carole. I have more of an issue with Carole’s behavior as a girlfriend. Her actions and her inability to be truthful have put a strain on our relationship, and I’m unsure of where it’s going in the future.

So will these two be friends when the reunion comes around? I think this speaks for itself.