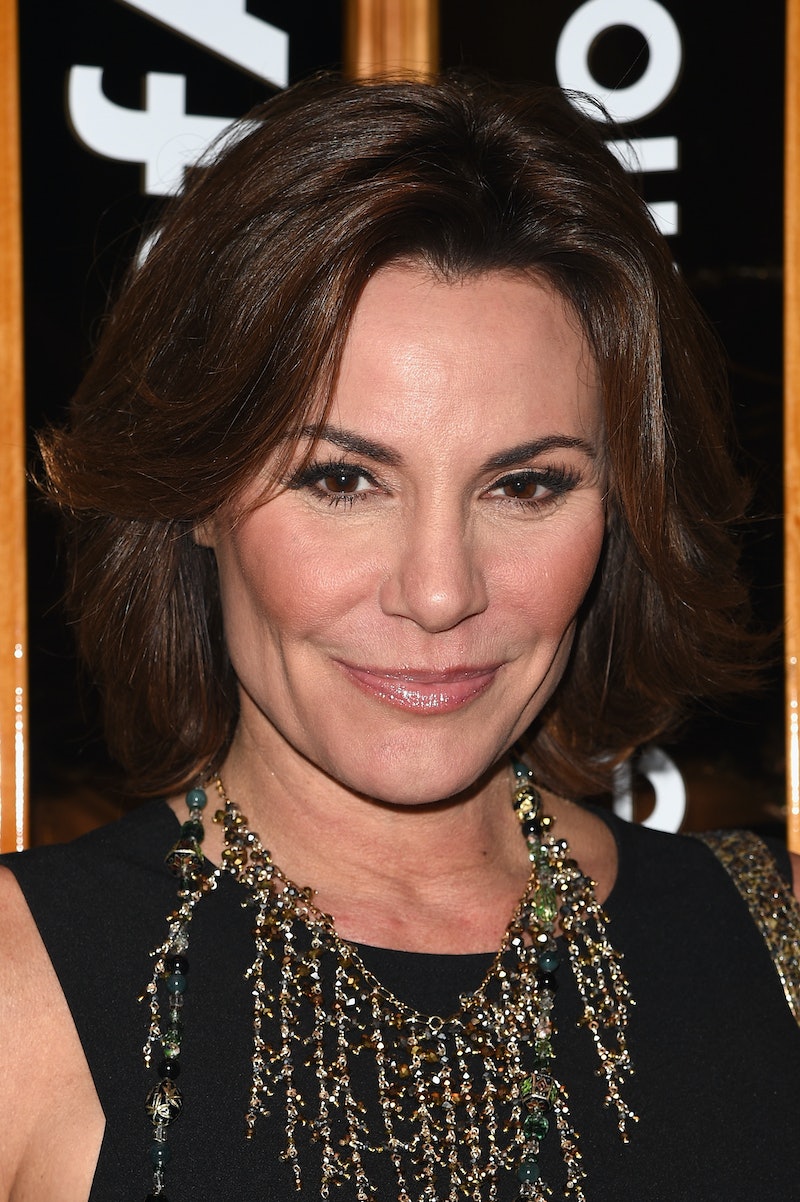 On this season of The Real Housewives of New York City, I'm really focused on the beef between Countess LuAnn de Lesseps and Carole Radziwill. I am really struggling with this one because I adore them both, but it really does seem like the two are at odds over Radzi dating LuAnn's chef, Adam. LuAnn decided to channel her frustration with the situation on Twitter and I was pretty thrown off by it. Initially, I thought someone hacked into her account. But as LuAnn explains at the launch of Ramona Singer's book, Life on the Ramona Coaster on July 29 (which, of course, took place at infamous Housewives haunt Beautique) the tweets were really hers. "I was angry. I was the angry Countess for a minute. Who goes into your house and starts sleeping with your chef? I mean, come on," she says. "We don't do the help in my world. I know that sounds terrible, but it's true."

But it gets worse in LuAnn's eyes. The Countess says, "He's like family for me, you know? He was going out with my niece." Also, if you watch the show, you know that Carole's relationship with Adam was kept a secret from LuAnn for a pretty long time.

So, does Carole and LuAnn's feud go beyond the Bravo cameras? Well, she confirms the tweets were really hers and laughs at my Twitter hacker theory, so that seems to be the case. For more evidence, just take a look at LuAnn and Carole's tweets below:

It pains me to see two of my favorite Housewives at odds, so hopefully these two can work things out. At least there's one good thing that came out of all this: LuAnn's infectious single "Girl Code (Don't Be Uncool)."