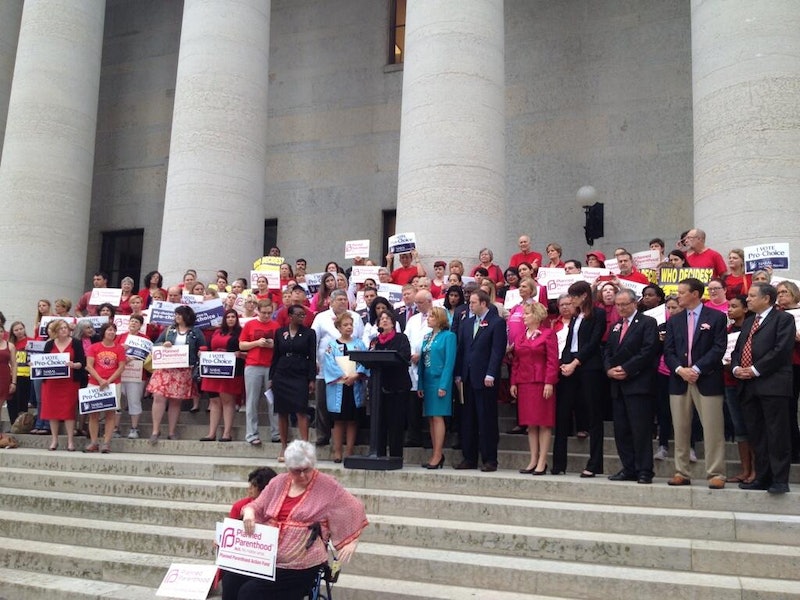 Women in Ohio have taken calls to #StandWithWendy literally: Almost 100 pink- and red- wearing abortion rights activists have gathered outside the Capitol in Columbus, gearing up for a fight over a set of restrictions attached to the state budget.

Passage of this particular legislation would–for a start–cut support to Planned Parenthood, close most clinics, and redirect funds to so-called "crisis pregnancy centers." Oh, and that's not even to mention Ohio's additional giant anti-abortion bill that would mandate that doctors take an ultrasound before the procedure, which–get this–women would have to pay for themselves.

You can catch the live stream here.