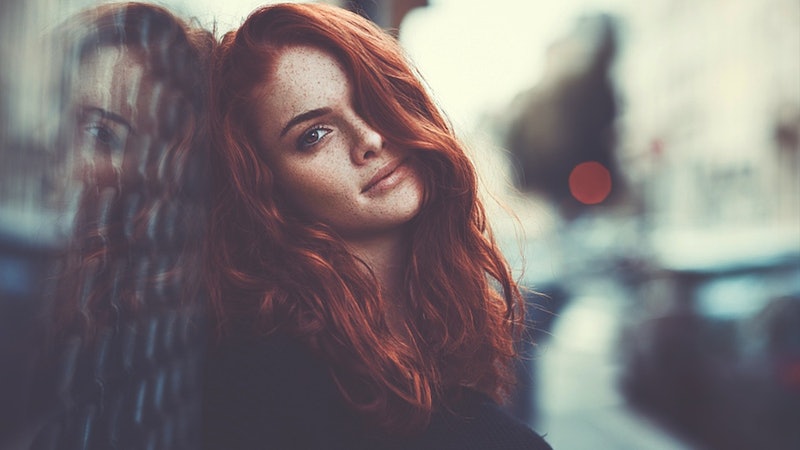 On Tuesday the FDA approved Addyi, the little pink pill that the entire world is talking about. Some think it's a win for women's sexual equality, while others are dubious of its safety and efficacy. So while a lot has been written about whether or not this is really the "female Viagra," and the controversial and aggressive feminism-invoking lobbying strategy, it can be easy to breeze by what's actually going on here. As in, I know it's meant to increase your sex drive, but how? What's actually going on in your brain?

It's important not to get oversimplified and excited with these things and look at them as a miracle cure to get everyone horny all the time, but it's also a hormone-free pill that affects your brain chemistry. You have to take it every single day at bedtime, not just when you want to get in the mood. So it's a real commitment and it's crucial that you know what's happening. There's actually some pretty big mysteries as to what exactly makes it work (more on that later). Here's how Addyi and how affects your brain, so you can be informed.

Although obviously if you're thinking about using it, have a serious talk with your doctor. It's the only way to get a prescription for Addyi, plus you can voice any questions or concerns about the pill.

1. It's Similar To Anti-Depressants

In fact, that's what it was originally intended for. It was while trailing the drug for anti depressants that they realized it was having a positive effect of sex drive. As Forbes puts it, it's "a 5-HT1A receptor agonist and 5-HT2A receptor antagonist (Serotonin = 5-HT, or 5-hydroxytryptamine), identified by Boehringer Ingelheim in an antidepressant drug discovery campaign but it lacked efficacy. Instead, it was developed to improve the number of satisfying sexual experiences in women with low sexual desire." OK, it's fair to say that all pretty much goes over my head. But basically by blocking and boosting certain neurotransmitters (more on these later), there is a change that leads to increased number of satisfying sexual experiences for women.

2. It's Treating A Disorder

So the drug isn't just to for everyone to get their freak on. It's an answer to a disorder that's not uncommon among women. It's called hypoactive sexual desire disorder (HSDD) and according to Addyi's creators, Sprout Pharmaceuticals, "Addyi is the first and only FDA-approved treatment for this condition, the most common form of female sexual dysfunction, affecting up to 1 in 10 women in the United States." This is what I mean by it not being the "female Viagra." If anything, Fiera, the arousal enhancer, is more like Viagra, because it increases blood flow to your genitals, and so is used just a while before sex. Addyi is dealing with a problem in the brain.

Sprout explains that "HSDD is defined as a persistent absence of sexual thoughts, fantasies, responsiveness and willingness to engage in sexual activity that causes personal or relationship distress and cannot be accounted for by another medical condition or substance." Although it is more than just not feeling in the mood, it's actually a difference in the brain. In fact, according to the International Business Times, "scans of women with HSDD show a difference in the way these patients react to erotic images as compared with healthy women, but researchers aren’t sure what neurological mechanisms are to blame for that switch." So this is why some think a drug that affects the brain is the answer.

4. It Ups Your Dopamine And Downs Your Serotonin

So this is where the key difference between Addyi and most anti-depressants come in. Remember those neurotransmitters from above? Here's the thing, according to the International Business Times "while anti-depressants tend to increase the amount of serotonin in the brain, which can lessen desire, Addyi likely enhances the release of dopamine instead." In addition, Forbes explains the "most recent neuropharmacological explanation for its effects is that the combination of 5-HT receptor binding increases downstream release of dopamine and norepinephrine while reducing serotonin release in the brain circuits that mediate symptoms of reduced sexual interest and desire, according to a 2015 review article by pharmacologist and psychiatrist, Stephen Stahl, M.D., Ph.D., of the University of California at San Diego." It's a mouthful, but you get the idea.

So while we have a general idea as to how it affects the brain, as I mentioned above, that doesn't mean that we understand the link to sex drive. This increase in dopamine seems to lead to increased sexual appetite, but like I said it's not exactly clear why, scientifically. I mean, there seems to be some sort of obvious connection— we know that dopamine helps control pleasure center of the brain, so increasing the things that make us feel good may put us more in the mood.

Although this could end up being the solution for women suffering from HSDD, it's important to remember that, even if it is effective for you, there are some risks. The main side effects associated with Addyi were dizziness or drowsiness, both found in about 11 percent of users, which sometimes lead to fainting. Also, according to NPR, some users "wake up so groggy the morning after it could be dangerous for them to drive to work. And there could be long-term risks from taking a psychoactive drug daily for years." Remember it's a daily, long-term commitment. One of the controversies of Addyi is these side effects, so it has been given the strongest possible warnings and also is not to be combined with alcohol. Which is a big commitment for an every day pill. When talking about a prescription for Addyi, be sure to ask about the side effects.