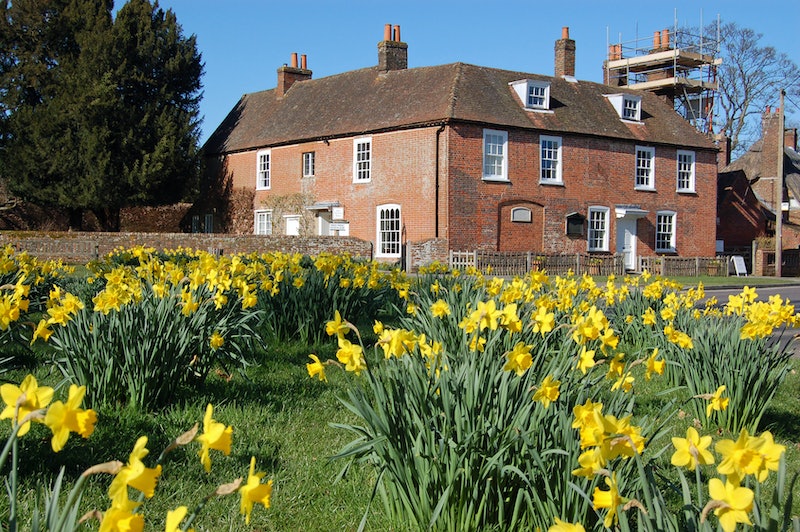 There's a reason Pride and Prejudice, Emma, Sense and Sensibility, and so many others are considered some of the best romantic comedies of all time — and one upcoming movie is hoping to show you why. A new Jane Austen movie Jane by the Sea aims to delve into the author's real life to find her inspiration for Elizabeth Bennet, George Knightly, Mr. Darcy, and the rest of her most iconic characters, using scenes both from her books and from her real life. Jane by the Sea, in essence, makes the queen of romantic comedy's life into its own romantic comedy.

The movie will be based on the book by Carolyn V. Murray, which emulates Austen's work to tell a part-biography, part-fiction story of the author's one great summer love, according to Goodreads:

Very little is known about the young man that Jane Austen met during a seaside holiday in 1800. Her sister was later to say that she believed this young man was falling in love with Jane and was someone she felt was truly worthy of her sister. What transpired that summer? Perhaps it happened this way …

Bonus points: The screenplay for Jane by the Sea will also be written by author Murray. Voltage Pictures has the adaptation rights, but no director or actors are on board yet.

There may not be zombies in Jane by the Sea (I don't think), but a glimpse into Austen's real life and more classic scenes from her books? That's the best of both worlds.