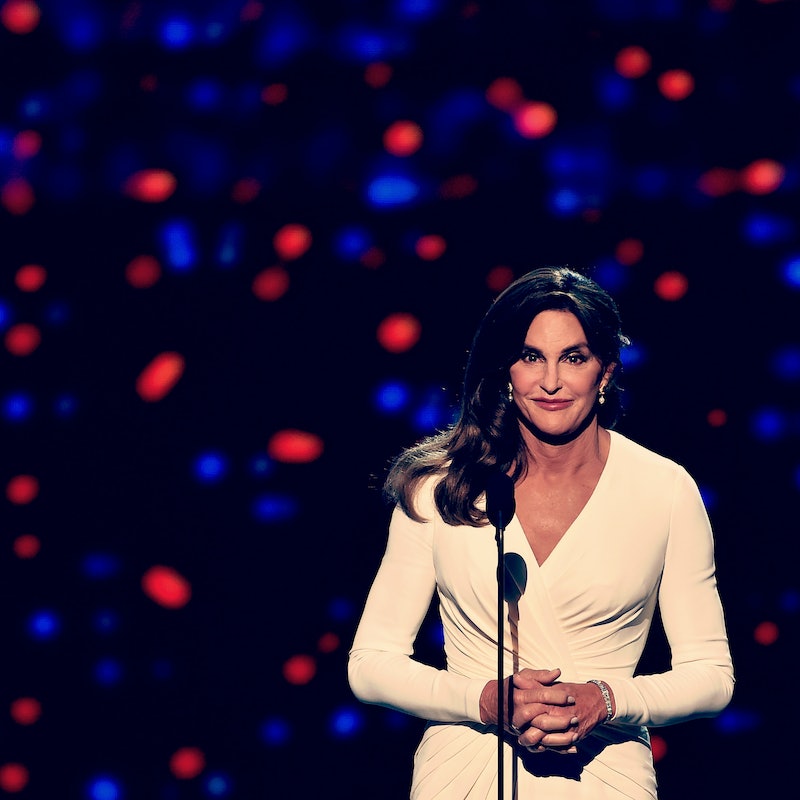 In a moving example of beauty arising from ugliness, Manchester-based artist Conor Collins recently created a portrait of Caitlyn Jenner out of hateful tweets, sent to Jenner after she transitioned. The portrait recreates the Vanity Fair cover in which Jenner made her debut in early June, but, in this version, Collins has replaced Annie Leibovitz’s photography with hand-transcribed tweets from trolls. Collins explained to BuzzFeed that the project began when he visited Jenner’s Twitter feed and saw the many hate-filled messages that she had received; he recounted, “[I] was horrified by some of the comments.” The tweets that later made it into his portrait are truly awful, with people labeling Jenner a “freak,” and telling her, “Kill yourself” and “I hope you die.” Collins said, “When I saw these, I wanted to show them because it is a reality of what trans people experience every day.”

This isn’t the first time that Collins has repurposed the words of hateful trolls to create works of art. Last year, he drew a portrait of British Olympic diver Tom Daley made entirely from homophobic tweets sent to the athlete after he came out. Collins told BuzzFeed of that project, “All I wanted to show was that there is a person involved. A real human being.” His portrait of Caitlyn Jenner makes a similar point, drawing out the contrast between the anonymous hatred of Internet trolls and the real, human face of their object of ridicule. Of course, trans people face much more than cruel tweets from strangers, upsetting as they are. As an example of the prejudice and violence that trans people face on a regular basis, Collins cited the recent killing of Tamara Dominguez, a transgender woman who was run over multiple times on Saturday morning. Police are still assessing whether her murder can be regarded as a hate crime. According to the Advocate, Dominguez is the latest of 17 American transgender women killed this year.

Collins told BuzzFeed that the painstaking process of transcribing the tweets was a difficult one, saying, “It was horrible having to research and write the tweets onto the canvas.” As upsetting as the comments are, Collins argues that they shouldn’t be ignored or glossed over, remarking, “Caitlyn is making a difference to the trans community – however I didn’t want to hide the darkness and persecution they face in my art piece. It just wouldn’t be fair.”