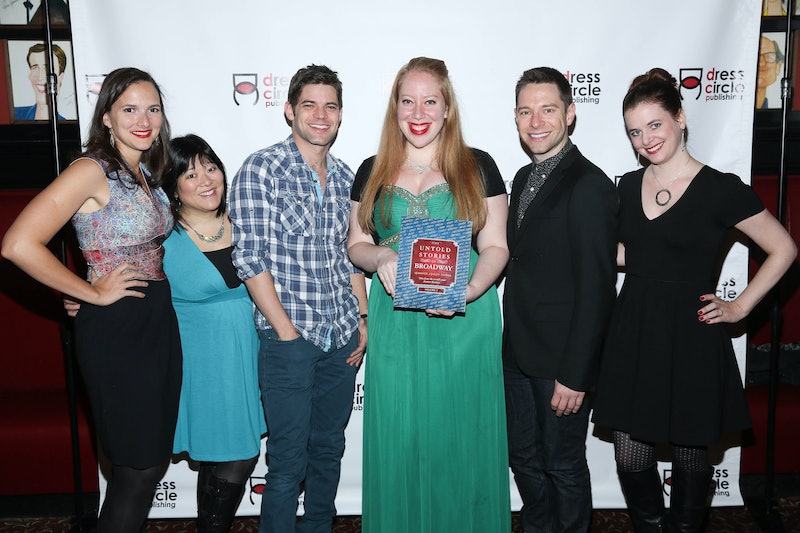 It began with a question: "Why isn't there The Devil Wears Prada for theater?" That's what Broadway producer Brisa Trinchero asked her friend and colleague, Roberta Pereira, over drinks. The two had discovered a gap in the publishing industry, and eventually founded Dress Circle Publishing to provide books for theater nerds.

Dress Circle isn't the only publisher dedicated to theater, but it doesn't have much competition. Many theater-devotee publishers focus on non-fiction: behind-the-scenes tell-alls, how-to guides, and memoirs. Trinchero and Pereira's house has put out its fair share of non-fiction, but it has sourced Broadway-inspired novels as well: a Devil Wears Prada-esque trilogy about a young producer, and the story of three actor besties trying to hit the big time.

Despite not having a large catalog, the producers say business is booming. Although they commissioned Ruby Preston to write the aforementioned trilogy, Trinchero and Pereira say they publish fewer books than they decline. The latter notes, "We can afford to be picky." According to its website, Dress Circle is not currently accepting submissions at the time of this writing.

Trinchero and Pereira credit their theater connections with the success of their publishing venture. Being inside the "very insular and closed" Broadway community has made bringing its stories to outside readers much easier. Trinchero says, "Our whole goal is to provide access behind the curtain ... so you can feel like an insider even if you're not."

Part of Dress Circle's success may be directly attributed to its large staff of ... two. That's right: the only permanent employees are Trinchero, who edits, and Pereira, who conducts business. They're also the sole owners, having foregone investors and outside partners. Additionally, the duo at Dress Circle have taken their show on the road, so to speak, eschewing a permanent office in favor of working from wherever they happen to be at any given time.

Despite being in associated with what some may consider an outdated field, Dress Circle has fully embraced a new way of doing business. The founders' work-from-home and retain-total-control spirit has been a boon to the house's authors, who, as Lee Seymour observes, probably "could [not] have found success entirely on their own." Dress Circle Publishing, then, isn't just serving theater nerd readers, but writers as well.