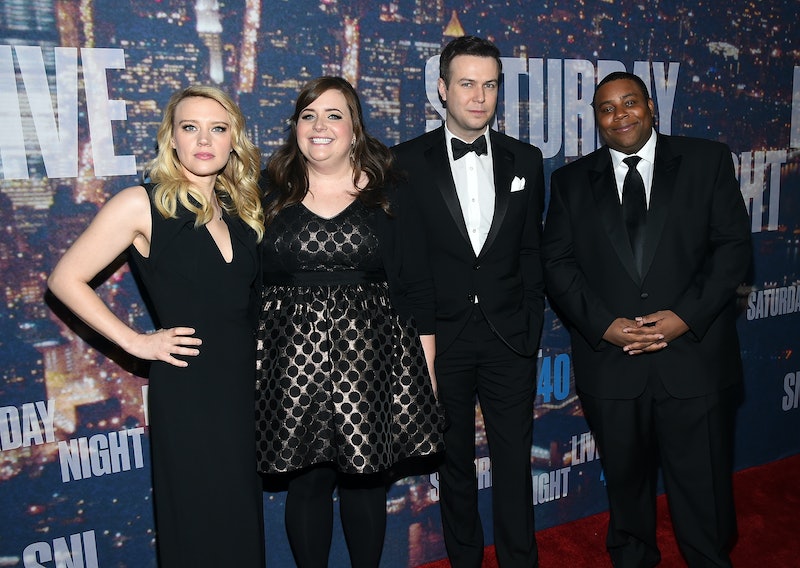 A few SNL cast members have already sunk their teeth into a few presidential candidates. Kate McKinnon has famously covered Hillary Clinton over the past year — to perfection, might I add. But who else should we cross our fingers, toes, and everything else for? Is it possible that some of the old cast members — ahem, Fallon — might, oh, I don't know, come back to play characters we know they're amazing at — cough, Fallon? Can a certain veteran indulge us with a brotherly impression that will make you think it's 2000 all over again?

Who should play the younger brother to President George W. Bush?

I know what you're thinking, but hear me out. Will Ferrell did such a good George W. Bush that it would be a shame if he didn't give the younger bro a shot, right? So maybe we won't see Jeb Bush all the time during the cold opens, but if Ferrell ever hosted before the election, I know just who he should play.

What leading lady would take the cake for Carly Fiorina?

There's no doubt in my mind that Vanessa Bayers could nail a Carly Fiorina impression. Bayers might have to retire Jacob the Bar Mitzvah Boy for a year, but I'm sure he'd be OK with that.

Who should Lorne Michaels say "You're hired" to when October hits?

OK, if Jimmy Fallon is "too busy" with his own show, then Beck Bennett would definitely be the best Donald Trump on cast.

There's no question who is going to steal the show with her Hillary Clinton impersonation.

One SNL cast member has already snagged the role of Ben Carson on Season 40 of Saturday Night Live.

Kenan Thompson already has it covered from that hilarious GOP cold open in May 2015.

Chris Christie has been a longtime character on the show, so who other to reprise the role than...

Bobby Moynihan. Here's a personal favorite SNL Christie of mine to refresh.

So maybe there's not a perfect match for every presidential candidate, but I think we can see that the cast will have their hands full with some amazing impressions in October when they return to the studio.

More like this
What’s New On Netflix: Lana Condor’s Ghostly Comedy & A Sexy Reality Series
By Arya Roshanian
Here’s Everything Coming To & Leaving Netflix In July
By Grace Wehniainen
Paramount+ Wants To Take Over Your Netflix
By Sophie McEvoy
Everything To Know About 'The Undeclared War' Season 2
By Rachel Mantock
Get Even More From Bustle — Sign Up For The Newsletter