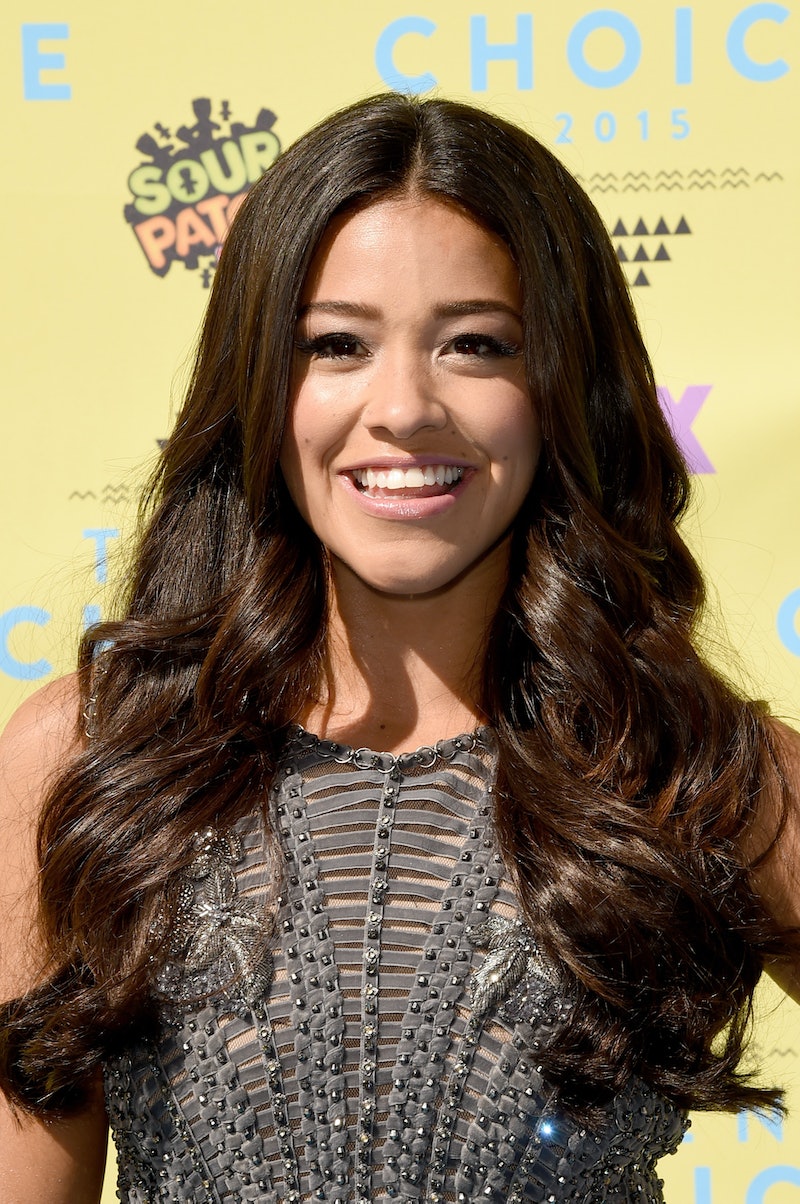 Could someone please keep track of all the things that come out of Gina Rodriguez's mouth? For real, the Jane the Virgin star is one of the most motivational, humble, kind, and inspirational individuals to have ever graced the entertainment world, and I am so thankful for her. Let me prove that, once again. While chatting with The Huffington Post, Gina Rodriguez talked about being "enough" and redefined the term in an amazing way that will hopefully inspire others to love themselves and accept others.

The conversation about being "enough" came up when the 31-year-old discussed the criticism she's received from other Latinos. There's no question that Rodriguez is one of the biggest supporters of the Latino community, but apparently, when she shared her People En Español cover on Instagram with a caption in both English and Spanish, a lot of hate was thrown her way for her Spanish language skills. In her Huffington Post interview, Rodriguez called it "interracial Latino racism," which led to the discussion of being "enough." As she said, "I’m like, when did this happen? When did we decide there are certain criteria that make you Latino enough?" She continued,

You may have never thought about it, but "enough" is a powerful word that can either be used in a positive or negative way. Imagine having someone tell you you're not enough — whether it be about race, gender, or anything else. After taking a moment to stand in Rodriguez's shoes, I can understand just how hurtful this is. Thankfully, the Golden Globe-winning actress is taking a stand and redefining the word positively, all while showing individuals that they are enough no matter their size, shape, color, etc.

Rodriguez's interview reminds me of something Sophia Bush recently told Health magazine about the word "enough," because the word is actually one of her biggest fears. She said,

The word enough is a monster for me. I don't know how anyone ever feels that they are enough: successful enough, smart enough, pretty enough, healthy enough. I got so scared the first time I decided to say, "I am terrified of not being enough." And what came back tenfold — women who identify, women who sympathize and women who experience all of that — was mind-boggling to me. We are so in this together. And that helps. A friend said to me, "Let it be enough, whatever you did today. You went on a two-mile run and you didn't do a circuit-training workout? Who cares? Let it be enough."

I have a feeling Rodriguez would agree. Both ladies serve as great reminders that no matter what anyone says about you, you are enough and should love yourself exactly as you are — not for how others want, need, or think you should be.