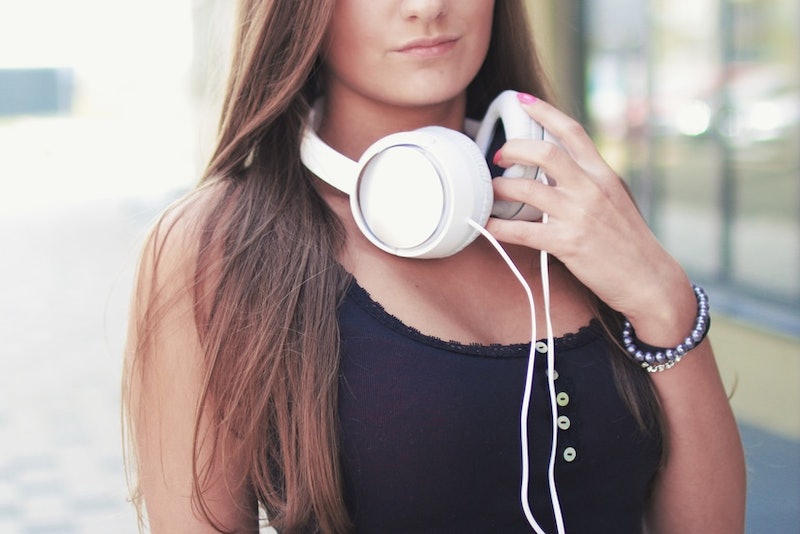 As someone who has struggled with OCD for as long as I can remember — and is fairly open about it — I’ve gotten a variety of encouraging, heartwarming, and empathetic responses over the years. I’ve had people share their own struggles with mental illness, ask me thoughtful questions, and encourage me to continue sharing my journey with others. Unfortunately, I’ve also gotten some less-than-sympathetic and frankly, less-than-kind, responses and comments.

It makes sense, I suppose; mental illnesses can't be seen, is difficult to understand, and carries a serious and pervasive stigma. Traditionally, mental illness has been something that people have kept secret — which means we as a society are still adjusting to how we respond to and sympathize with those who suffer from these disorders.

As I’ve gotten older and moved into OCD recovery, I have realized that the issue of dialogue surrounding mental illness is now less one of stigma and more one of society simply not knowing how to discuss it. While any discussion of mental health is certainly a worthwhile one, there are some common reactions and responses that can make those who suffer from these disorders less likely to continue to open up and work towards de-stigmatizing.

Not sure how to discuss mental disorders with their sufferers? Start by staying away from these six common remarks.

1. “I’m totally like that, too! I color-coordinate my closet/get sad/have mood swings all the time.”

I get the color-coordinated closet comment as a common response to my OCD all the time. I know these types of comments come from well-meaning people attempting to empathize, but they come off as demeaning, belittling, and essentially an admission of having no understanding whatsoever of the disorder.

Which is fine, really! But instead of attempting to make a baseless connection (no, having a penchant for color-coordinating is not the same as having pathological OCD), ask the person about their disorder. If they’re speaking about it in the first place, they’re likely to respond well to the opportunity to explain what it is — versus what it is not.

2. “Do you really need medication for that?”

Not all mentally ill patients choose to use medication to treat their disorder — but for those that do (including myself), please don’t judge us. For many of us, psychiatric medication can be a life-changing and incredibly positive part of therapy, and the last thing we need is judgement from outside parties. Herbal remedies work great for you? Congratulations! But that doesn’t mean they will work (or work alone) for everyone. Please don’t condemn those who choose other methods of dealing with their disorder.

This comment is akin to people believing homosexuality was caused by overbearing mothers — that something must have been "done to you" for you to be this way; that something is “wrong” with you because something “wrong” happened to you. However, most mental illnesses are due to a chemical imbalance, genetic predisposition, or combination of both — not being dropped on your head as a baby or not getting to go to an expensive summer camp as a child.

Even when mental health issues may be affected by things that have happened in someone’s past, asking what “caused it” implies that people with mental disorders are in some way broken. Spoiler alert: we’re not.

Unfortunately, sufferers of pretty much every mental illness are subjected to some version of the “snap out of it” comment — likely the most offensive on this list. Since these disorders are mental and not physical, they’re often more difficult for others to understand. Some people, sadly, even believe that because these disorders cannot be seen (or explicitly measured), they do not exist. But just because they might not seem “real” to others does not mean that they do not exist or can be immediately remedied. Trust me, if we could “snap out of it,” we would.

Technically, this is accurate — after all, it is called a mental illness. Unfortunately, that isn’t usually what people mean when they say a mental illness is “all in your head” — instead, it’s a judgmental (and hurtful) assertion that this disorder is not "real." Similar to the "snap out of it" comment in its assumption that, because it's an affliction of the mind, the key to recovery lies solely in wanting it enough. The mistaken belief that diseases of the mind can also be cured by the mind, and the mind alone, is not only insulting — it's damaging.

6."But it's not logical/You're not making sense!"

Depending on the disorder, there's a very good chance that the person this comment is directed at is already completely, 100 percent aware that they are acting in a way that might be deemed irrational. It's easy to get frustrated with people struggling with mental health issues — but instead of lashing out at them for acting illogically, it's important to consider not just how the person is acting, but why they are acting in this way.

So, what should you say to someone with a mental illness? Assuming they have spoken up about it, feel free to ask questions — just not insensitive or insulting ones. Many of us are happy to open up and have people interested in such a huge and overarching (and often misunderstand) part of our lives. Be kind, be patient, and above all: treat us like everyone else. We are not defined by our disorder; we have so much more to offer.

More like this
Ashley Benson Revealed The Whole-Body Effects Of Her Anxiety On TikTok
By Stephanie Topacio Long
Here's How To Support Jewish People Amid Rising Antisemitism
By Hannah Orenstein
Emily Ratajkowski & Pete Davidson's Astrological Compatibility, Revealed
By Nina Kahn
Prince William Condemns “Unacceptable” Comments Made To A Black Guest At Buckingham Palace
By Shahed Ezaydi
Get Even More From Bustle — Sign Up For The Newsletter