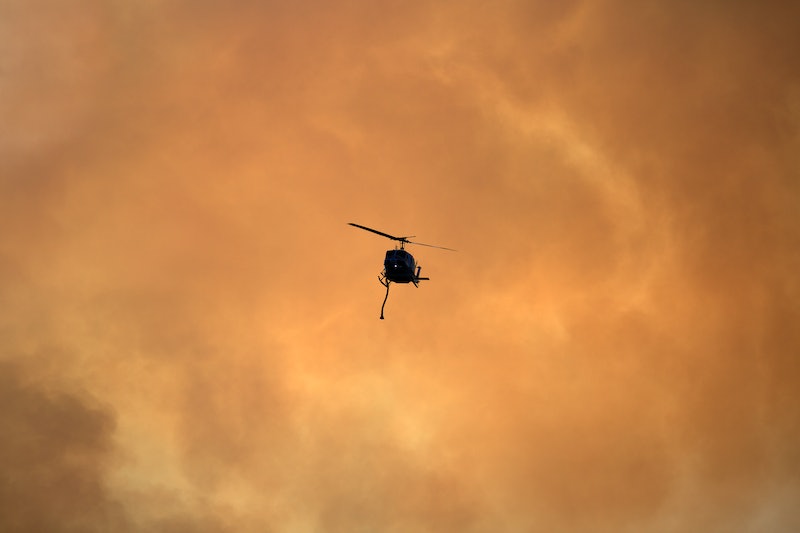 The U.S. has been experiencing devastating wildfires this summer, with crews unable to keep up with the massive and sweeping flames that have been ravaging the western U.S., most notably in Alaska. The West has been dealing with a major drought this year, meaning that much-needed rains that would help temper wildfires have not been falling. And they are not expected any time soon in certain areas, particularly in California.

While some wildfires are natural, and necessary for the health of the ecosystem, these fires have been lasting longer than they should, and have been spreading far enough to pose a significant threat to humans. Putting them out has been a drain on an already quite low water supply for some areas. A shockingly large portion of the U.S. has been affected by wildfires in 2015 so far, and it seems that some of them will continue to burn in the coming weeks or months.

While the continental U.S. has seen horrible fires -- namely in California, Oregon, Idaho, and Montana -- the worst have been in Alaska. There, over five million acres have been burned so far in 2015, according to the most recent report from the Alaska Interagency Coordination Center.

Five firefighters have been killed to date this summer. Two died in California, while on Wednesday, three firefighters were killed and four injured in Washington. The Department of Defense has stated that there are more than 25,000 people involved with fighting wildfires, hundreds of them members of the National Guard. Crews will continue to work on containing the fires, as strong wind conditions continue to push the flames onward.