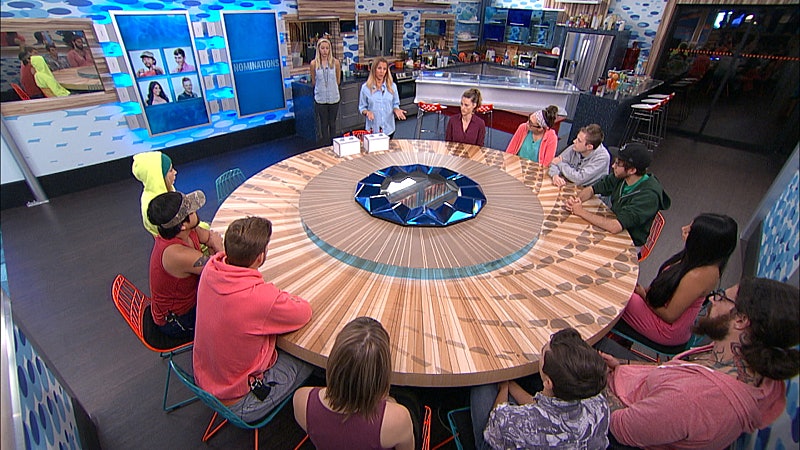 To borrow from Big Brother's humor well, a train couldn't stop her, but believe it or not, Liz could. After a rather volatile reign as Head of Household and being the person to spearhead the eviction of Shelli last week, Becky was evicted on Big Brother 17 , and I can't say I'm sorry to see her go (especially over Johnny Mac). Becky didn't have too much to offer the show, but she came alive when she was HOH. Unfortunately, that power position might have been the reason she was evicted.

During the week, Liz toyed with the idea of backdooring Vanessa. It would have been a good move, since Vanessa has somehow managed to screw up just about everyone's game. Everyone is on to Vanessa, though, and Liz ultimately decided that someone else can get the blood on their hands, just in case Vanessa reenters the game. (Although it's worth mentioning that Becky can also rejoin the game — if that twist exists — so Liz might have to watch out for Becky.)

Still, Becky lasted a week longer than I thought she would. She somehow managed to make it through the fast forward week that Steve was HOH for. During the double eviction, Steve chose to not go after his enemy in the house (reason: TBD), and instead went after Jackie. JACKIE. So, if we're really looking at this in the grand scheme of things, Becky was really living on borrowed time this past week.

Ultimately, Becky was a really strong competition player. She is incredibly athletic and seems to be pretty good at mental competitions, so she still stands a chance at reentering the game if jury members are allowed to compete to rejoin. If she does, she'll be battling fellow competition beast Shelli (and Jackie, who sadly never proved to be too great of a competition player). So while Becky is out for now, she's might not be out forever.