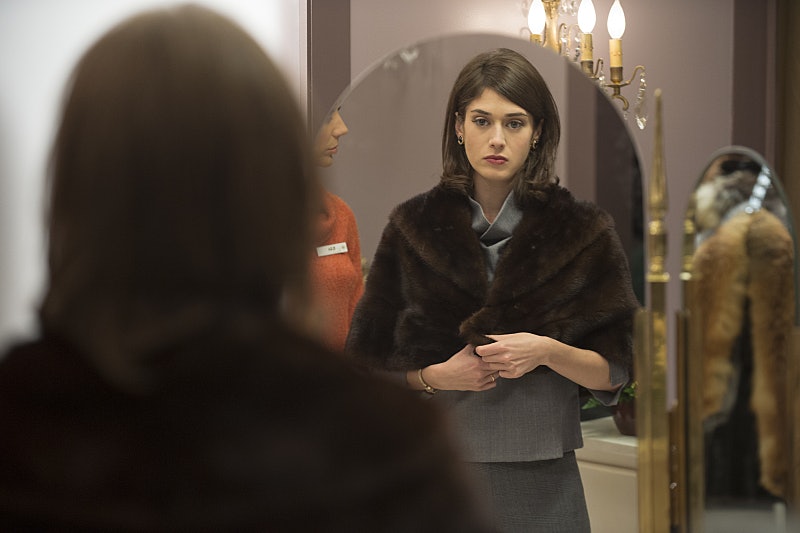 Masters of Sex pretty famously plays in the gray area between biopic and fiction — while it's based on Thomas Maier's 2012 book, Masters of Sex: The Life and Times of William Masters and Virginia Johnson, the Couple Who Taught America How to Love, it does diverge and fictionalize a fair amount. Many of the secondary characters, for example, are fictional — fan favorite Provost Scully was something of an aggregate character based off of many mentors in the real Masters' life, and so little was known about his real-life wife that the show's version of Libby Masters is largely reimagined. That said, what about the series' major players, like the show's leading lady? How historically accurate is Masters of Sex' s portrayal of Virginia Johnson?

The show has always straddled the line between historically-accurate biopic and boundary-pushing cable drama quite deftly, but in its third season, things are wonkier than ever: While on the one hand, they've quite carefully (and deliberately) followed the timeline of the study's publication (and all of the subsequent Hugh Hefnerian shenanigans), on the other, it's become increasingly difficult to separate fact from fiction. The third season has been peppered throughout with real people from Masters and Johnson's timeline (remember the Iranian princess they unsuccessfully treated for infertility? Yup, definitely real), as well as characters strongly resembling real people from their timeline (Josh Charles' innuendo-y perfume magnate Dan Logan basically equals Hank Walter, a real-life beau of Virginia's) — but their respective family lives? Almost completely made up.

From the starting gate, Masters of Sex has taken its fair share of flak with regards to all of the family drama — after all, what with her newly-sexually active daughter (thanks, time jump), a son shipped off to Vietnam, and a new baby boy (no, he's not Bill's), Virginia's family has taken up major screen time, much to the chagrin of the show's fans. And the strange thing is, unlike clear Hank Walter doppelgänger Dan Logan, her children Tessa, Henry, and Howie are all completely fictitious — the real Virginia Johnson only had two children, Scott and Lisa; there was no accidental third child, and no subsequent sham marriage to ex-husband George Johnson. So why spend so much time with them?

Well, Masters of Sex producer Michelle Ashford explained to The Wrap that the choice wasn't completely in her hands — the network requested they create fake family members to help "protect the people that are still alive." Oh, and get this: apparently, the new baby Howie's metaphorical conception was even more baffling than his in-story conception (yeah, spiteful exes Gini and George having a rendezvous whilst on vacation with the Masters and their collective four children? Definitely a side eye-worthy plot twist) — according to Ashford, "It’s a really convoluted legal thing that lawyers told us to do."

She joked of the complicated situation that they were "making lemonade"... now, whether or not said lemonade is, so to speak, delicious, remains to be seen. But, who knows? The new additions may end up paying off in later episodes, in a way in which they haven't quite yet, because as Ashford pointed out to Indiewire, the show's historical roots means that fans "can do a five-second Google and they can know the entire story." So, I guess what I'm trying to say is, the upshot of all of the generally unwelcome Johnson family-based plotlines is that they're unpredictable? Kidding aside, I have high hopes that Masters of Sex will find its footing as it continues to make its way through its third season, historical inaccuracies and all.